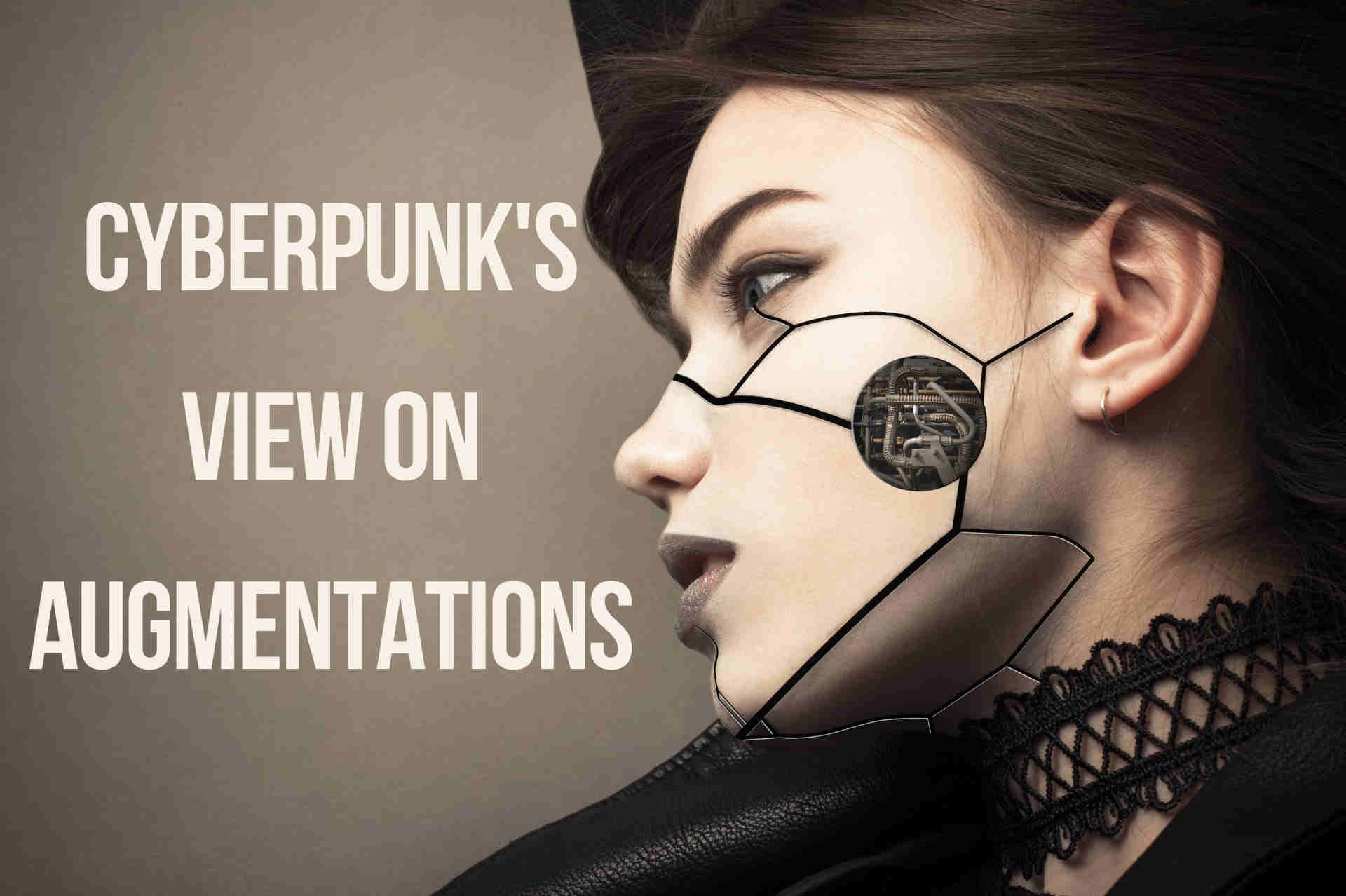 “Humankind is...long overdue for an upgrade.
-D. L. Young (stated by his character)
‍
One of cyberpunk’s core themes is cybernetic augmentations as we attempt to transcend human limitations. Cyberpunk’s analysis is more than just cool body parts, however; it goes further to examine what it means to be human. How many parts can you replace and still retain your humanity? This relates to the functionalist (cybernetic) thought experiment called Washington’s ax.

George Washington’s ax that he fell apples trees with is in a museum. Over the years, the handle became damaged and was replaced. After moving the exhibition, the ax-head itself became damaged, and was also replaced. With both its parts replaced, is it still Washington’s ax? From a cybernetics perspective, yes, it is, because it still performs the same functions as his ax did before the parts were replaced (in this case historical preservation to solve the system’s problem of replicating culture). Thus, an augmented human is still a human, that is, unless you refuse to equate essence with function (such equation is typical of industrialized countries).

Tom Maddox, cyberpunk legend, originator of the term ICE, and friend of Gibson stated in an interview years ago with another party, "In Gibson's stuff, it seems to me that what the self is is sort of open to negotiation on a particular day." Gibson agreed.

A word frequency analysis creates the exemplary, algorithmic-produced augmentation sentence by combining all the below authors’ thoughts into one, Cybernetic augmentations merged him with a systematic machine connected to the net and lined in neon lights.

‍The wind slammed into Marcie, her legs working overtime to counter the effects and stop her being thrown to her death. It didn’t matter what cybernetics she had, nothing could compensate for a fall of over one thousand metres…Hundreds of tiny adjustments, micromovements, small twinges, they fired from the top of her thighs to where her ankles met her feet. It had taken her years to trust her synthetic parts, but the microprocessor’s calculations were always better than her own.
--Michael Robertson, The Blind Spot

She was augmented too. You should see the specs on these legs, all fucking eight of them. They'd fetch a nice price on the black market."
--Eric Malikyte, Ego Trip

A second Slider prowled the room like a cat, crouched slightly on her augmented hind legs, which resembled a tigers'.
‍--Nik Whittaker, Neon Cortex
‍
‍Spine:

‍It exposed a metal box that was fused to his spine, part of it jutting through a slit carelessly cut in his vest. It was military grade headwear but if he had acquired it new, those days were long gone, rust and blood mixing where metal met flesh. He manipulated some commands on a cybermesh palmscreen and small flares fired from his back toward the drones, leaving streams of white smoke in their wake.
--Matthew A. Goodwin, Into Neon

“This is a hospital, not an experimental robotics lab!” ...The ‘bed’ she had been reclining on had a narrow slice down the center of it that revealed a shining steel bath of blood-tinged neurosynth fluid. There were hundreds of connectors lying in the bottom of it, their flat, magnetic ends glistening in the fluorescent lighting…sprawling in a mass of electronic debris…that looked like something that should be powering a spaceship...”
--Benjamin Fisher-Merritt, Welcome to the Machine (excerpt is within the context of spinal surgery) 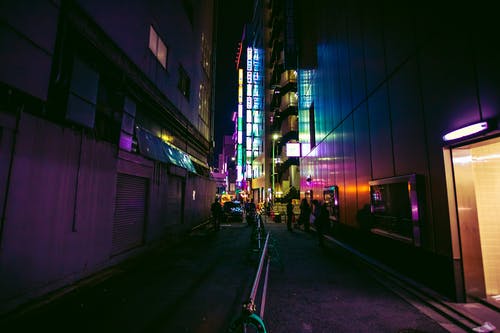 ‍Most kids loved their augmented reality full of fluorescent candy, every bell and whistle turned to the max. The military had kicked that right out of her— all you needed to know was what could kill you, and what couldn’t. Her AR vision comprised just monochrome geometries and small colored data points.
--Jim Keen, Pattern_Spec

Her eyes looked biological, with that randomness in the irises that machines struggled to reproduce, but he thought he saw a rough edge on her pupil. He watched it shift in the fluctuating light and maybe there was a mechanical character to the movement—nothing he could confirm, only a lingering sense of irregularity. If they were synthetic, they were the best quality he had yet seen. If they were, then she was more than a skilled manipulator, she was socially augmented. Every part of her personality right now could have been chosen to push him into this exact scenario.
--Elias Hurst, Europa

Shedir rubs his long nose four times, triggering his occipts’ auto-clean routine. The external membranes of the electronic eyes revolve around their inner spheres as if a solar system. He searches through an icy fog like a sheet of blurry diamond crystals until the cave’s entrance is clear.
--Mark Everglade, Hemispheres

‍Leaning out as far as he dared, he tried to get a clear view. He blinked his left eye, kicking in its cybernetic telescopic sight.
--Marlin Seigman, Code Flicker

The pixels had the effect of distancing Jonny from what he saw. He felt that he was watching the room from a video monitor, shooting through thousands of individual squares of beveled glass.
--Richard Kadrey, Metrophage

He stole a furtive glance at her eyes, the perfect irises a curiosity to the technician in him. He wondered what she saw with the implants, where she’d acquired them. Only the wealthiest could afford such enhancements, though even among the rich, specs were still the standard, the ubiquitous technology that had supplanted the cell phones and personal computing devices of a previous age.
--D. L. Young, Cyberpunk City Book 1.

‍They found the weak spot in the net, her cybernetic arms loaded with the power she needed. She tore it wide, fell from the entanglement, and spread her wings just metres before she hit the ground.
--Michael Robertson, The Blind Spot

The intimacy of this moment revealed to her that this was a woman, clambering with her over the concrete. Her breasts felt soft against Layleanna’s thigh. The woman’s arms were unnaturally strong for her size. Augmented, she realized.
--Amber Benbow. Arc City Stories (a cyberpunk anthology)

…A small man with a cybernetic arm that had pressure gauges on the elbow sold paperback books out of a pushcart; one of the sex shops was getting an early start and two of its workers, one male and one female, both genetically altered to have a fine golden fur over most of their body, stood in the shop’s show window tempting those passing by…
--Marlin Seigman, Code Flicker

Dremmler stared at the severed limb. Originally designed for amputees, they had become increasingly popular with people who had other long-standing issues like arthritis or reduced mobility, or even those who simply didn’t like their bodies and wanted to modify them. To upgrade. Augmentations like this were controlled directly via a brain implant; naturally, this hardware and its interfaces were run by TIM.
--Jon Richter, Auxiliary: London 2039
‍
Leon rolled up the sleeve of his coat and tapped his augmented arm. The silicone skin faded to display a screen from wrist to elbow. He pressed an icon, connected to the Arc-Net and initiated a hack program.
--C. Beams, Revenge in the Sprawl

The power of it, thought Adder. Several hundred thousand anarchists and sympathizers died in that little fenced-off rectangle in the desert. Executed continuously, three shifts a day, by machines like this. Lying in the briefcase, the flashglove looked like a severed forearm and hand of gleaming chrome, rigid, blunt-fingered, and studded with various small apertures.
--K.W. Jeter, Dr. Adder

Hands:
‍
He worked with one hand, Leon observed. His other hung at his side. A defunct augmentation. The knuckle joints where angular like bolts and Leon could tell the augmentation was manufactured by Cisco Tech; a firm long since acquired by Sovereign Systems and shut down. Their technicians had been absorbed and their product--
C. Beams, Revenge in the Sprawl

The two girls laughed like robots. One of them had metallic legs, seamlessly integrated into her pelvis. The other one had augmented hands, and her left arm looked like it might be packing some heat.
--Eric Malikyte, Ego Trip

‍On the net itself, of course, things were different. Once you plugged yourself into the system—either via the implanted dollie-box and dollie-slot, the direct-on-line-image processor system, which gave a text-speech-and-symbol interface, or through the full-sense brainworm, with its molecular wires running directly into the brain that let you experience virtuality as though it were real—it was easy enough to find your way around the nets. There were signposts, vivid neon images, and the swirling rivers and lines of light that were the virtual reflection of the data itself… A double jack, high-speed data line and regular dollie-jack combined, was the tool of the serious netwalkers; it was also the only way you could process enough information to satisfy the brainworm.
--Cyberpunk master Melissa Scott (Trouble and Her Friends, or, the best cyberpunk book you’ve never read).

The third stood, unmoving. His entire upper body was a mesh of wires and tubing pumping a glowing neon blue liquid around his body.
--Nik Whittaker, Neon Cortex

Robert sped along an empty hallway, took the first door and gasped in disbelief at a machine line, robotic arms working away at progressively more complete Marilyn Monroes. One of the Monroes was having her chin sculpted, the next a breast augmentation, another her roots dyed. Rapidly, the machine arms finished their work on the Marilyns and the line’s conveyor belt delivered them to the next station.
--Dr. Joseph Hurtgen, Tower Defender
‍
Body-Wide:

‍Altering one’s body to produce its own light with the Lumidermis mod is the last desperate attempt for these fallen Icaruses to have enough light to live by. It also makes them easy targets, and he would net a nice little bonus for capturing the three of them, but he turns away.
--Mark Everglade, Hemispheres

As well as special haptic implants in her nervous system which would send signals to every part of her body, simulating the sense of touch and even smell, and allowing for interaction in the cloud network.
--Nicholas Catron, Redemption & Revenge

A tetrad is a single human mind with four distinct personalities. That’s what we am. Or should I say, that's what I are?"
--Michael Swanwick, Vacuum Flowers (1987).

Jesus, Scarlet thought, that could raise her up several levels to a place that made this apartment look like a level 50 dive. She could upgrade her entire cyber suite and bio augment her appearance once again. She would need to anyway after a job this big. It was a huge risk but...
--Todd Cinani, Arc City Stories (a cyberpunk anthology).

‍Conversations are being held within the apartments, well beyond her range of hearing, yet she can make out distinctive words. Towels hang off balconies in colors she’s never seen before. Did I reapportion my RAM in my sleep, or was it an automatic upgrade overnight? Guess that’s why I’ve been glitchin’; still working out the problems with the new release. Typical.
--Mark Everglade, Hemispheres‍