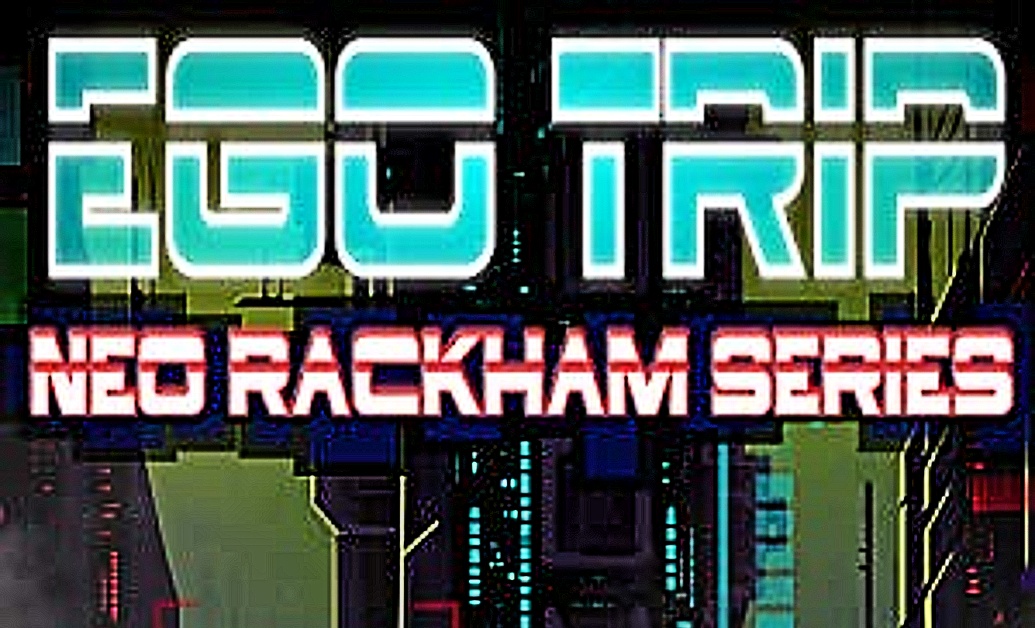 "(People)…like drones working for their queen bee.
They’ll put up with anything as long as it means that things can go back to how they used to be."
‍
-Eric Malikyte (Book Excerpt)
(Images belong to Eric Malikyte) 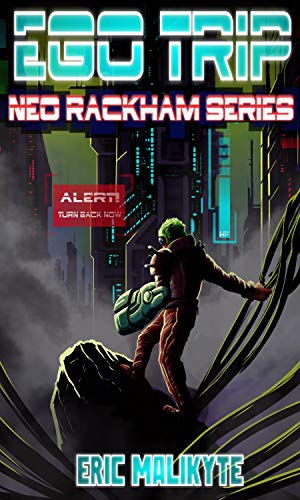 Ego Trip is the latest book by Eric Malikyte, an established science fiction author with an interest in both cyberpunk and the paranormal. The book opens by throwing the reader into an investigation where a cybernetically enhanced body is discovered by Shen and a team of investigators. The book then switches to the point of view of a young man, Paul, and alternates between viewpoints.

Paul is a fast food worker who is seduced into playing a popular VR game to earn EXP (an alternate currency) by a domineering woman, Dynamo. He admires even the way she condescends to him and soon falls in love,

Her rainbow spiked hair was in a new style today—sweeping over and above her head in a dramatic arc—and her bold, glowing eyes had gone from red to yellow. Staring into them always made him feel vulnerable, as if she could read his mind like a plain old text file.

What begins as a simple game sends Paul on the ride of his life as he’s drug unknowingly into a rebellious underworld.

The book takes place after World War III when corporations developed sovereignty, ruling based on profit instead of ethics. It’s a world of flying cars and environmental destruction, a world where gender can be swapped out as easily as an oil change. Those who strike out against the corporate system end up being mind wrecked and turned into zombie-like slaves – a source of free labor, or simply discarded,

Those homeless people… got off easy. Rumor is the sewer is full of people like that. Living in the dark, dodging ‘cleaning’ drones that kill on sight, and eating the scraps that people throw away, right out of the fucking sewer water…
‍
.…Shen’s eyes drifted to the body bags. The evidence techs (were)… tossing them in a garbage drone, a floater that would take them to the Great Dump or somewhere else and offload them for lobotomized slaves to sort and toss in the incinerators.

Those who work legitimate jobs are exploited as wage slaves, keeping with traditional cyberpunk critique,

(People)…like drones working for their queen bee. They’ll put up with anything as long as it means that things can go back to how they used to be. If it means comfort and stability.

The way the (office) walls displayed alien vistas and dungeons filled with things that the company wanted you to think were monsters. Shen knew better. The real monsters paid him a meager living that worked him impossible hours, barely covered his rent for an apartment that was also owned by Rackham Media—just like his job.

The pacing is extremely fast, which creates a thrilling page-turning novel, though this compromises the opportunity for deeper characterization in the first half. Yet this serves a purpose; Paul is a simple young man who hasn’t developed his sense of self yet. He is literally craving ego, which makes his gullibility more believable. The first time Paul truly defies the system is when he confronts his boss and tells him off, empowered by Dynamo’s example. His character changes and begins to develop at this crucial point half way through the book, doing a reversal into a cyberpunk persona, yet, neither his naïve identity nor his new persona truly fit in with who he is becoming. The experience of standing up for himself and against the system makes him reinterpret his life,

Maybe that's who Ego is? he thought. A stranger that can be anyone and anything?

He used to see himself as a prisoner here. But that was before Dynamo.

‍By contrast, Shen’s character not only reads deeper, the writing changes tone when it takes his viewpoint in an appropriate manner, becoming more serious, which makes sense given his profession and his investigative role. Conflict heightens as Shen and Paul’s storylines meet, though Shen’s astute observations reduce what could have been intense conflict between them into a grave, but less tense deal he’s willing to make. When the reader finally figures out what’s really going on it’s one of those holy shit moments in literature. The revelation is tentatively plausible, and creates just enough suspension of disbelief that I bought it over time, particularly after the revelation causes past events to be reinterpreted.

Ego Trip isn’t an abstract book but the metaphors employed really bring the imagery to life,

That skyline. It's like Vegas back before the war. Strip away all the neon lights and holo-ads, and all you have is steel and stone, stabbing up into the sky like headstones. It's a distraction. Keeps people from thinking too hard about their circumstances, or the state of the world…

…The bus made its way through the smog layers until he could see Neo Rackham's dirty skyline. Even on a bright Wednesday morning, the lights never ceased blinking through the mucky haze, like the calculations of a server that never sleeps.

Her hair was like fire, smoldering in the wind kicked up by rusty old-world atmospherics.

Scaly faces beneath gleaming metallic helmets emerged from the shadows as if rising from the surface of some blackened lake. Their eyes burned a vile crimson in the dark, bobbing like lanterns in the night.

Overall, the first half reminds me of Ready Player One, but with a hard-edged cyberpunk vibe aimed at an older audience. The second half reminds me of the Liquid Cool cyberpunk crime series. What begins as a pseudo-litRPG soon develops into a cyberpunk crime novel with a stunning revelation that weaves together common virtual events into a complex web of deception, with real-world implications. Check it out on Amazon today!