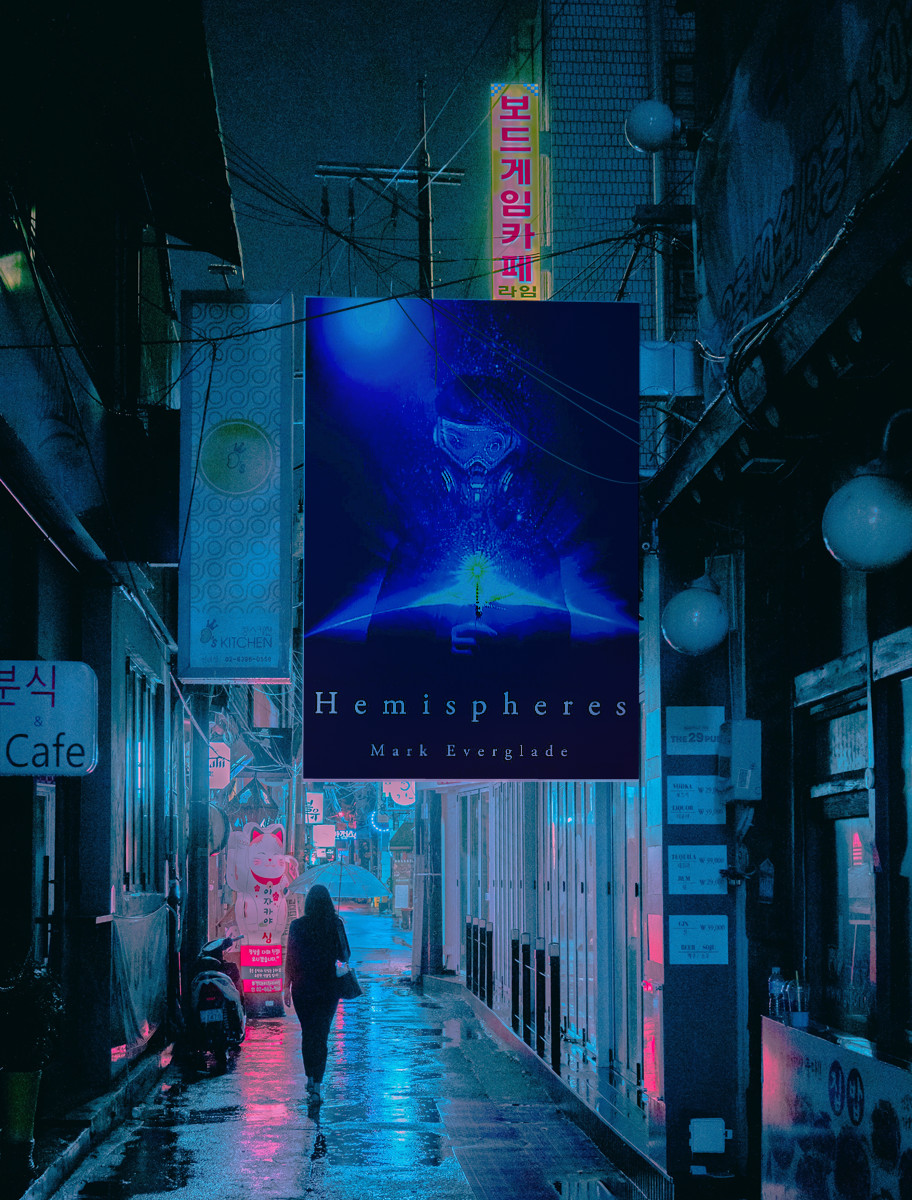 Hemispheres is a fascinating novel, as it passes for a rousing tale but hides many questions and dilemmas. Written in an almost clipped form, it reveals a world that is both stark and beautiful, cold and distant, yet worthy of saving, as well as being replete with brave even if often misguided individuals. This split-in-two world where no one remembers earth, comprises of Evig Natt, which is in perpetual darkness, while Dayburn is exactly what the name implies, and the two hardly mix in ecology, atmosphere, or cultures.

Forever locked in this unchanging system, O.A.K. (a group of rebels) rises to change the present circumstances by asking a powerful AI for its help in altering the planet’s rotation capabilities; the hoped-for outcome being the quest for a fair world where there will be equal night and day between the two hemispheres. As with any controversial decision, there are those who want this wholeheartedly and will die trying, those who forbid it and will kill for it, and the in-betweeners who have never given it much thought and couldn’t be bothered to choose.

We meet populations of Bioluminaries and Forever Glitched, as everyone is in one way or another connected to technology and the very fact dictates how they live, love, and die.
Aporids are as intriguing as they are dangerous and the Florinik’s simple ways come across as the planet’s conscience. This is the harsh world Severum, Thalassa, and Opal find themselves in; where they witness power struggles, must choose sides, and the value of a life is only worth what it can offer in return.