The Future of Science Fiction - A Discussion with K. W. Jeter 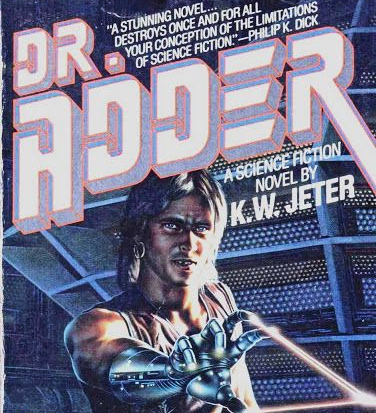 Introduction:
‍
‍One of the secrets of cyberpunk is that many of the classic cyberpunk authors say they didn’t really care for the sub-genre. Some, such as K.W. Jeter and Michael Swanwick, did not seek for their works to be labeled as cyberpunk, while others even resented the label. Swanwick (2020) stated he, “never dared to call (himself) a cyberpunk,” and that even William Gibson never wanted to be in a movement and was “a little embarrassed by the whole thing.” Gibson did love to collaborate, however. Bruce Sterling (2019) has stated, “Nowadays, I’m not particularly cyberpunk." K. W. Jeter will comment on this momentarily.

Lewis Shiner in Confessions of an Ex-Cyberpunk (1991) said, “Today’s cyberpunk…offers power fantasies, the same dead-end thrills we get from video games and blockbuster movies…It gives Nature up for dead, accepts violence and greed as inevitable and promotes the cult of the loner. I find myself waiting...for a new literature of idealism and compassion that is contemporary not only on the technological level but also the emotional. It would show the price that must be paid for solutions to our problems; it would see the computer neither as enemy nor god but as a tool for human purposes. I believe that this -- not cyberpunk -- is the attitude we need to get us into the 21st century.”

Rudy Rucker (2019) has previously written in reference to his stories being optimistic, "The media are awash with bad news. But this is a custom, and not a reflection of reality. My theory is that bad news (a) makes people more fearful and more likely to accept repressive rulers, and (b) makes them more likely to buy distracting expensive things. Media, the Man, and Mammon work in concert. It’s not really true that the world is worse off than it’s ever been."

K. W. Jeter – His Background
‍(based on previously published information)
‍
K.W. Jeter wrote Dr. Adder in 1972, the first cyberpunk novel, but one that didn’t get published until 1984, despite Philip K. Dick’s strong endorsement, due to its mature themes. This puts the actual publication date four years after Bethke’s work. He has written almost 40 books including the Blade Runner sequels and created the term “steampunk” as a joke to describe his own historical fiction, stating many years ago (Jeter, undated), “That’s what I was mildly satirizing, the whole bit of putting some modifier in front of the word “punk” and trying to convince people something important was going on because of it.”

Today there are over thirty science fiction sub-genres ending in “punk” (Vishniac, 2017-18).

Jeter (Undated) has also previously stated many years ago that he didn’t care much for cyberpunk, and that, “Nothing I’ve written has any roots in cyberpunk. Never even read any of the stuff.” After providing him a brief background on this article, I asked him the following as part of the current interview.

K.W. Jeter - A Brief Interview
(Current interview with myself)
‍
Mark: You have stated that overall you are not primed for optimism regarding this, but do you envision a more optimistic form of science fiction emerging? If so, what would it look like? If not, then what value do you believe dystopian-type literature brings us, such as it being a warning to society?

K. W. Jeter: If other writers want to write optimistic fiction, that's their business & not mine; I'm perfectly content to let them do so, and if some social good is accomplished…-- which frankly I haven't seen -- then more power to them. The problem with optimism, of course, is that the pessimists are more often proved right…Frankly, it smells like cheerleading & distraction to me. Look at all we'll be able to achieve with our woke agenda, in the bright shiny future described in our books we'd like you to buy & nominate for awards! Think how wonderful it'll all be when we can really put our boot on the necks of all those bad people who don't agree with us! The future's gonna be awesome! (Editor's note: This is use of sarcasm and does not advocate violence).
‍
‍Mark’s Commentary: Yes, utopian and dystopian literature are often more similar than we think. Some of the worse societies are those described by utopian books, which are the zenith of optimism. Even Plato’s Republic has a variety of practices described, from the sharing of women and children in the ruling to class to near eugenics, that we would find disgraceful today. Logan’s Run seems like utopia until one realizes the enforced euthanasia from the cult of youth, for instance. If there’s going to be optimism it’s probably best manifested in the overall tone of the writing than the underlying ideology.

Mark: I invited Mr. Jeter to discuss whatever he would like, since I’ve been interested in historically preserving and understanding the milieu in which the classic cyberpunk authors were writing. He expanded on this.

K. W. Jeter: Back when Gibson & Sterling et al were drumming up interest in their concocted subgenre -- which they certainly succeeded at doing…I was generally considered to be something of a grinch & Luddite, for not getting on board with that whole techno-hippy notion that "the street finds uses for technology" (paraphrased), and that brave little anarchists tapping away at their keyboards were somehow going to be able to fight & overcome all the big bad repressive forces of government & mega-corporations. That all seems kind of sad now, doesn't it? -- as the only role of individuals on the internet is as the eager foot-soldiers of online snitch culture, as we hurtle toward a global panopticon of Chinese-style social credit systems. Guess what -- you can mock the Luddites all you want, but they were right before, and they'll be right again.

K. W. Jeter: …Those so-called classic cyberpunk writers who seem to share my disdain for the genre – yeah, that's their line now. Back in the day, when they were vigorously self-promoting, and saw lumping themselves in this category as a way of doing so, they were much more gung-ho about it. But now that it all seems so tired & shop-worn, now they're trying to peel the label off themselves, that they were eager to paste on back then.

Mark’s commentary: The idea of the one-man revolutionary is the sort of power fantasy that Lewis Shiner (1991) or Karen Cadora (1995) elude to in their criticisms of the sub-genre. Taking down an abusive corporation or a dystopian regime makes for a great story, but it means little without the underlying philosophical values that will change our culture to prevent them from emerging again. Thankfully, I think much of cyberpunk has these values, as much as it tries to deconstruct them, but this is certainly not consistent amongst the more thrill-ride formula books being written. As for anarchy, it’s as value-laden as any other philosophical position.

And I agree it seems a lot of what drew the group together was marketing. Bruce Sterling (2019) has stated, “American cyberpunks weren't really living the cyberpunk lifestyle. They were cyberpunks, but they weren't squatting in an abandoned building with computers threatening officers with their presence…I felt a little embarrassed that we American cyberpunks didn't riot.”

K. W. Jeter: Everything I thought when (I was) younger, as to what would be the case someday, I was 100% correct about...The big comfort to me would be that at my age, I'm excitingly closer every day to the event horizon of my own non-existence.

Mark's commentary: This was touching, because here I am talking about the future as if its this large, massive thing. I wonder if, as we age, the idea of the future becomes smaller? I didn't ask because I shy away from the more intimate questions -- I'm an author not a journalist. The greatest value that speaking to so many cyberpunk legends has brought me is simply being able to interact with the older generation, something that, with my own grandparents having been deceased for decades, I admit I don't do enough; hearing them reminiscence and examine their life in retrospect, and wondering how I, one day, will do the same based on my life choices. Learning about the cyberpunk movement in the 80's also helps me place my fellow cyberpunk authors and I's movement into perspective, learning what to do and not to do, where we are unique and where we are merely standing on the shoulders of giants.
‍ 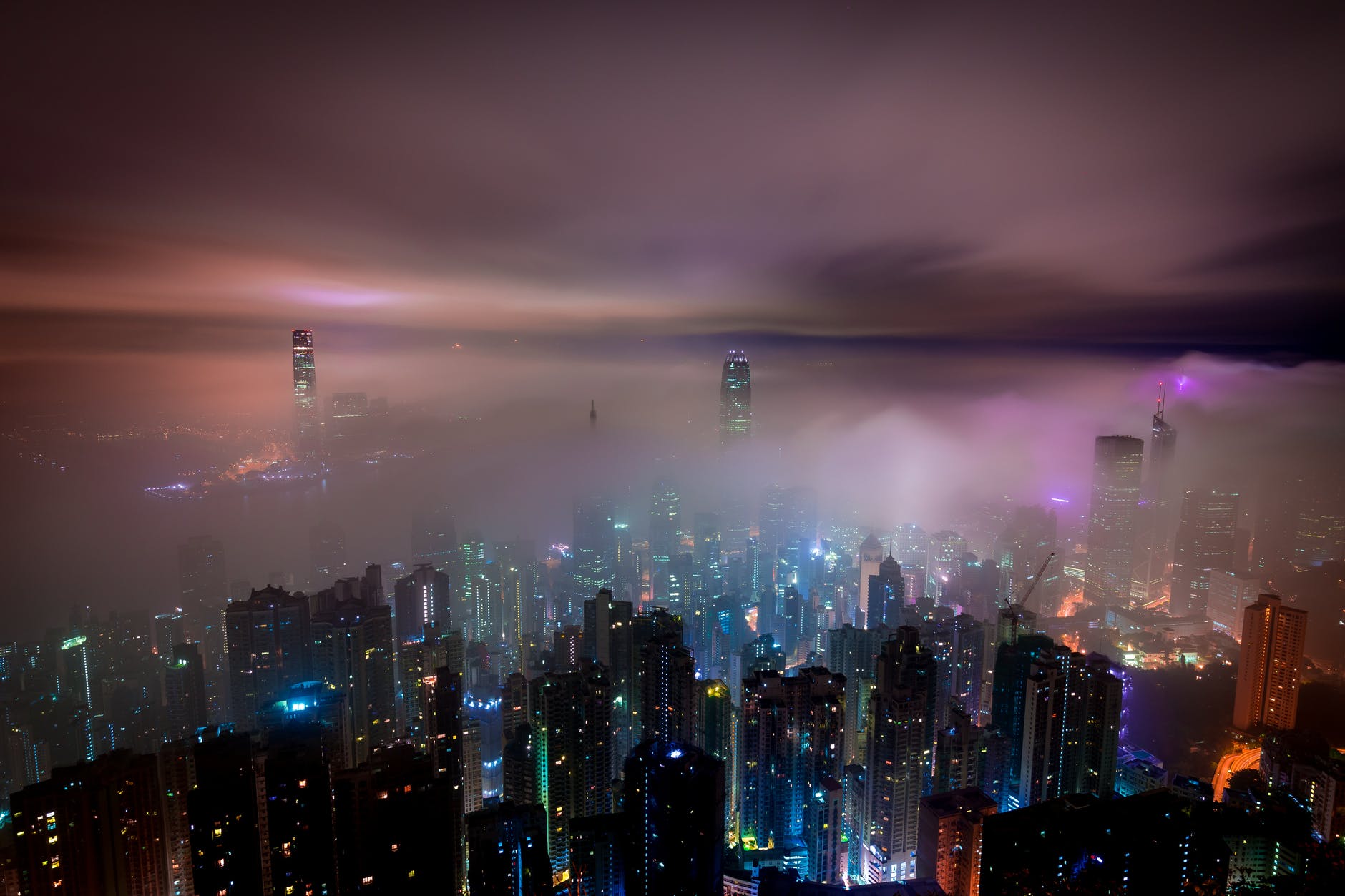 In K. W. Jeter's book, one can immediately tell where cyberpunk borrowed its ideas from, including the objectification of employees by a corporation,
‍
(The Exec Board) decided to initiate a new program for some of their factory workers. Volunteers were to get cash bonuses, and toasters, TV sets, et cetera, for undergoing surgery designed to improve their job performance. GPC bigfarts figured they’d save a bundle by retooling their workers’ arms and hands to flex in different ways...rather than retooling or redesigning a lot of expensive machinery. After all, if you’ve got some apparatus that performs about two hundred separate functions on a plastic flange extrusion, it’s cheaper to alter your assembly line workers to handle the item in the factory’s most efficient way, rather than trying to build the machine to fit all its actions to be within natural human capabilities, right?

...The enormous room was evidently an assembly line: far down its length, the figures were only skeletal metal frameworks slung from chains attached to a conveyor track in the ceiling. Then, at stations progressively closer, cylinders, tubes, other mechanisms, were hooked up in increasingly complicated arrangements; padding, heating elements, and artificial skin were fitted over the framework; finally, only a few yards from them, the completing articles of body hair, eyes, and miscellaneous details were being applied or inserted. A dozen or more of the finished products stood in frozen nudity before them.

From the neon aesthetic to the corporate-owned bar,

Miraculously, he noticed a flickering neon sign, BAR, above the door of the last building before the light ended....There had been only one bar, company-owned, on the Phoenix Egg Ranch, so it was impossible to go into the wrong one. Even if this is the only bar in L.A., he said to himself, it’s still the wrong choice."I’ve got a good notion who’s behind it.” He flipped the metal pack over. Inscribed on the reverse side were the words PROPERTY OF GREATER PRODUCTION CORPORATION, BROADCAST MEDIA DIVISION.

The power of it, thought Adder. Several hundred thousand anarchists and sympathizers died in that little fenced-off rectangle in the desert. Executed continuously, three shifts a day, by machines like this. Lying in the briefcase, the flashglove looked like a severed forearm and hand of gleaming chrome, rigid, blunt-fingered, and studded with various small apertures.

‍K. W Jeter’s work is legendary in many ways and holds up well to time, pushing the envelope without coming across as a rebel without a cause. Check it out! 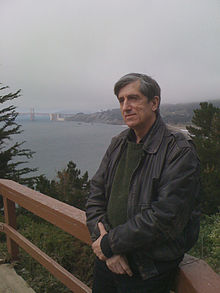