"We cannot see the galaxy for the stars."
‍
-Michael Swanwick 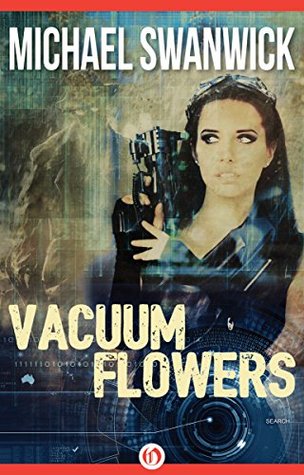 Introduction:
‍
Vacuum Flowers by Michael Swanwick is a cyberpunk / space opera classic from 1987, being one of the first books to ever mention wetware, a term coined by M.I.T. that he got from cognitive science. Like Sterling’s Schismatrix, Raymaker’s Hoshi and the Red City Circuit, and my own book, Hemispheres, it’s one of the few cyberpunk books set in space. I review it while interviewing the author on his thoughts about the book, and the past and future of cyberpunk (on page two).

The book begins quick and without extensive exposition, a disorientation characteristic of classic cyberpunk and one of its elements that the sci-fi audience as a whole is divided on (I personally like it and employ it myself). The disorientation makes sense, as the protagonist herself has little idea what’s happening. A corporation has bought Rebel Elizabeth Mudlark’s original body, providing a new one, and they want to maintain the copyright on her original personality as she is an expensive little piece of developmental wetware. An excerpt: Rebel’s skin crawled at the thought of a hundred thousand strangers sharing her thoughts, her face, her soul. 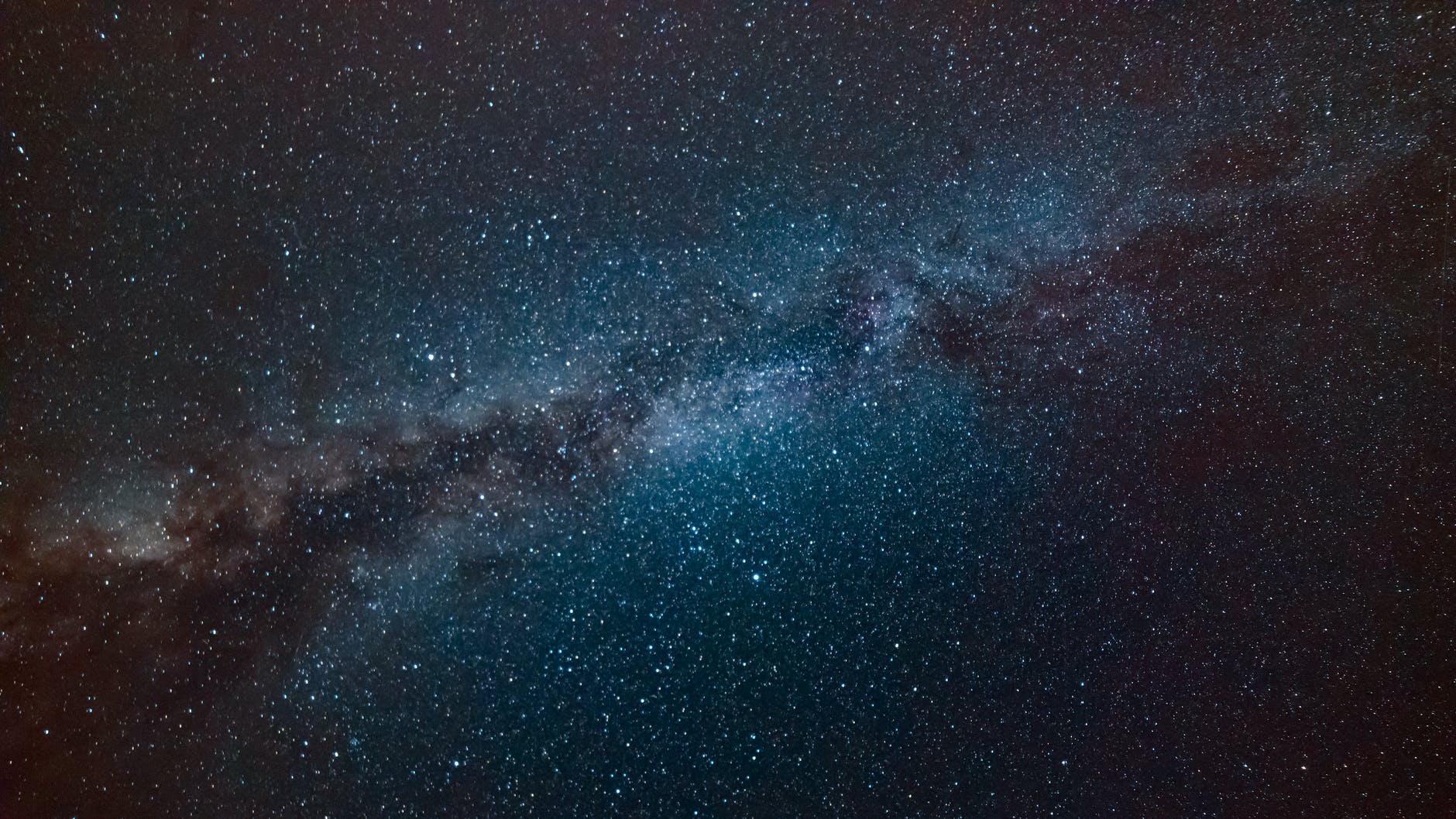 Everyone wants something from Rebel; no one seems altruisticly on her side,
Deutsche Nakasone wanted her persona, and Jerzy Heisen wanted her death. Snow and the rest of her network wanted to record her persona as well. And Wyeth wanted to use her as bait to snare and destroy Snow's network.

‍To complicate matters, minds can contain multiple personas,
"A tetrad is a single human mind with four distinct personalities. That’s what we am. Or should I say, that's what I are?"

‍A third of the way through we learn that personas can’t share their thoughts directly with one another or they would merge into one, enforcing what we call in cybernetics systems theory parallelism. As Rebel struggles to figure out what’s going on, a part of her is following her psychologically, making for interesting dreams with difficult decisions,

“…have me recreated as a second persona.  You’d have to share your life. (Or) make a complete recording of your persona. Then you could reprogram yourself every few weeks (but) it precludes any chance of personal growth.”

‍Setting the book in space allowed Swanwick to do things like have martial arts lessons in zero gravity, with blows focused on the opponent’s center of mass, and with all serious movement being borrowed from your opponent. More importantly, it allowed for interplanetary conflict and amplified the difference between the Comprise and normal humans.
‍ 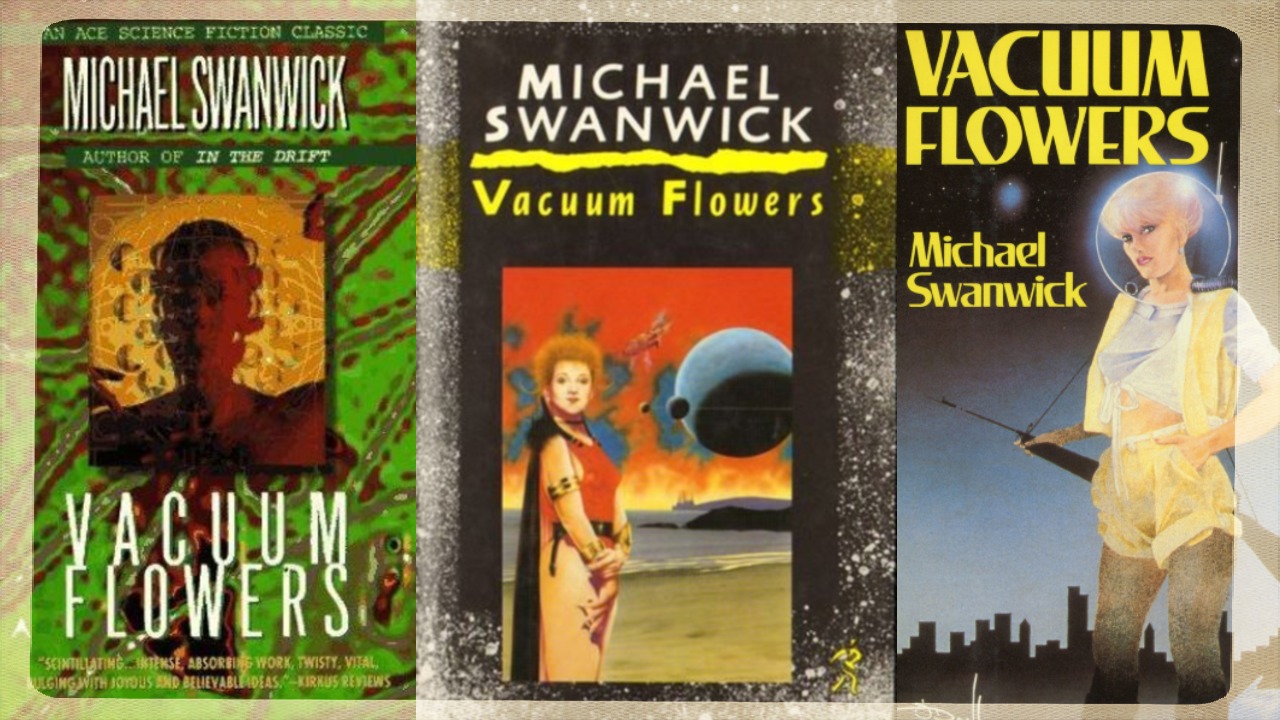 The Comprise is a hivemind whose greatest natural resource is people themselves, a mind where “thought moves in vast waves like pressure fronts across the continents.” A mind that’s trying to solve the problem of how to maintain a giant thought network stretched across space to avoid latency and conflict from emerging in its communications. The hivemind plays out less like Star Trek’s Borg than it does the philosophical Gaia Hypothesis, and introduces this theme of individualism versus collectivism while making us wonder if we can still call them human,

“...The Comprise has subsumed all its personalities into one self. On Earth, some four billion individuals have been sacrificed to make way for one large, nebulous mind. That's not enrichment, it's impoverishment.”
“Can't you see the beauty of that mind...almost godlike?”
"I see the entire population of mankind's home planet reduced to the status of a swarm of bees."

A similar conflict repeats later during a discussion of whether life is evolving towards complexity, and if this complexity will eventually make us gods, similar to some interpretations of Hegel, and early Kabbalah. Hegelian ideas are referenced again later,
‍
The universe is one, pure, whole and holy, and united. But we experience it only through opposites and extremes.

‍Although the Comprise comes across as rather enlightened and romantic, Swanwick doesn’t view it that way. He sees it more like the Kantian sublime. In 1999 during a previous interview with another individual he added, “…the Comprise is a monster, and yet viewed from the right angle, it looks a lot like God." Swanwick has mentioned in past interviews with others that Plutarch was an influence on the way he constructed each civilization.

‍Mark: Where did the idea of the Comprise come from?

Michael: The Comprise, incidentally, came from “Starhenge,” a story I plotted out but didn’t bother to write, in which a small group of computer designers, working on parallel computing and mind-to-mind communication mediated by computers, end up accidentally absorbing all of Earth into a single collective consciousness. Just because it was a good hack. The characters didn’t interest me, so I never wrote it. But I kept the end result.

Mark: The book was written in 1987, and references a planet-wide computer net of communication, yet the internet didn’t go public until 1991. Of course, the technology itself had existed for a few decades, but hadn’t been widely announced or made available. In the book, you describe all artificial systems interacting through this media, what you call "a kind of consensual mental space." You wrote, "At any given instant hundreds of millions of people interfaced through the net, with machines and with each other, working, gossiping, performing basic research." When you look back at this prophecy of what the internet would come to be, how do you reflect upon it?

Michael: I wish I could take credit for that as prophesy. But everybody could see it coming. I knew a lot of people working with computers at the time and some of them were even working at putting together the pieces of what became the Web.  Also, while my book was published in 1987, it was written in ’85 and ’86, which is to say shortly after Neuromancer had put the myth together. We were all under an obligation to comment on the fact that a new thing had come into the world.

Metaphor is beautiful and well employed at just the right frequency,

Her face was painted in the hexangular pattern suggestive of starbursts and ice crystals.

The stars trembled with the flicker of subliminal memories.

The light of that bright instant when the water writhed in the air like a diamond dragon still blinded her to her purpose, but that didn't matter.

The milky way was a river of diamond chips spanning the sky.

Her fingers ended in chrome scalpels, and when she opened her mouth, hypodermic syringes slide from the flesh like rows of lamprey teeth.

I asked Mr. Swanwick the following:

Mark: Vacuum flowers have wiry stems and grow in barren places, but are so delicate they can short out at the touch of your hand if not scraped correctly. They can eat through metal, recycle waste, and although they’re elusive they emit light and can’t be gotten rid of once they gain a foothold. It’s easier to harvest the flowers than to pick up the trash. They take over due to being a single organism ecosystem, a singularity we also see in the Comprise’s merging of consciousness. However, despite them being the title of your book, there’s very little about them, so they must be symbolic?

Michael: You’re right—they’re symbolic. The vacuum flowers are a metaphor for humanity. Individually fragile but collectively almost unstoppable. They’ve moved into an impossibly hostile environment and are thriving. Depending on your perspective, they’re either a pestilence or they’re glorious survivors.  Oh, and they’re spreading without any overriding purpose save for survival.

Swanwick doesn’t shy away from numerous short sex scenes, which merge into the unusual world he has created,

These scenes are more than just obligatory filler, as withholding sex is seen by some factions as the ultimate testimony to individuality, and one which ultimately must be broken down for a sort of enlightenment. The romantic sub-plot with Wyeth allows him to show the strength of Rebel’s character, longing, yet independent.

Click to Continue to Page II
‍
Where Michael Discusses the Past, and Future, of Cyberpunk