Welcome to the Machine - Interview with Benjamin Fisher-Merritt

"The brain can't see what's happening inside itself."
- Benjamin Fisher-Merritt 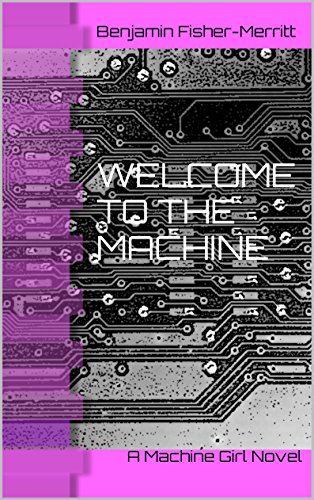 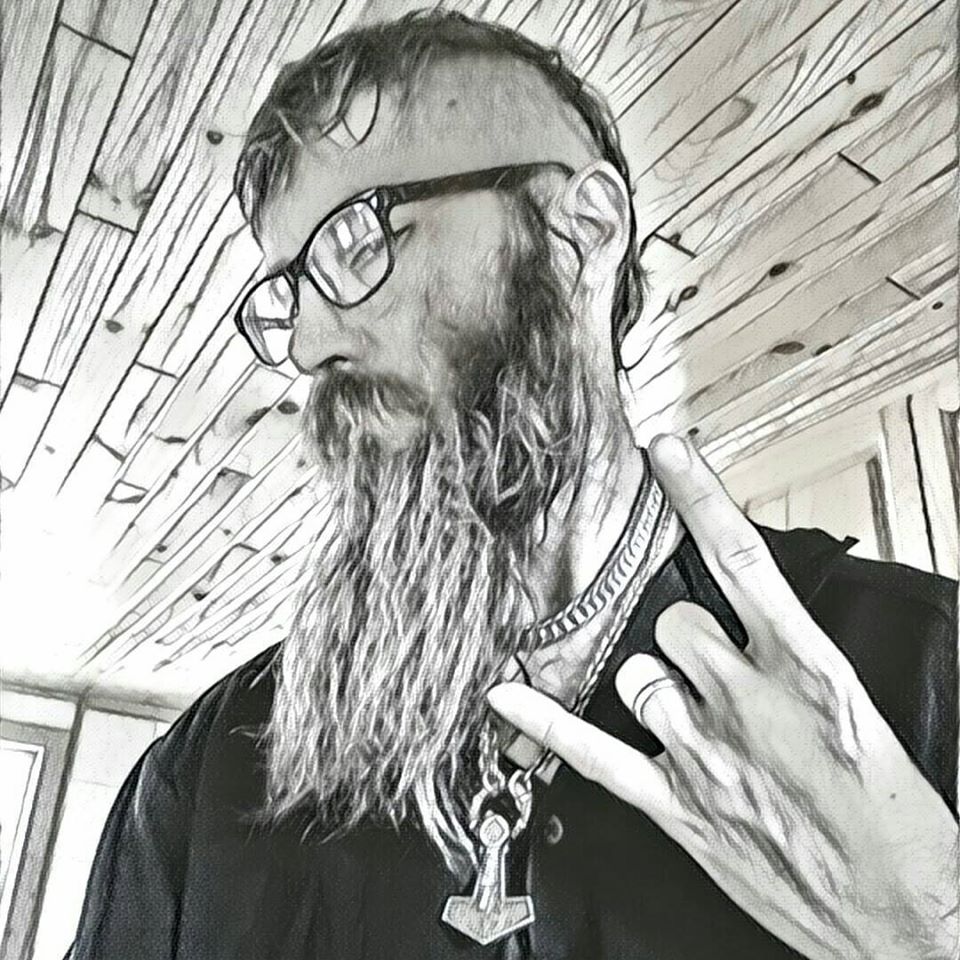 Welcome to the Machine is a cyberpunk novella, the first in a series of four books by Benjamin Fisher-Merritt. Victoria, a young woman, is forced to decide between having a cybernetic implantation of a new spinal column completed by a nefarious A.I., or risking living her life in a wheelchair, if not death itself. Victoria is an unusual cyberpunk protagonist in that she is not a chrome-shade wearing noir detective, nor is she a hardened female assassin; she is an ordinary young woman in every way except for her high test scores, until the surgery.

First, I had to get it out of the way – I had to ask Benjamin, “Was the book’s title inspired by Pink Floyd? Do you usually listen to music when you write, as I can almost hear a soundtrack to the driving scenes?”

He replied, “Likely a subliminal connection but not an intentional one, I grew up on Pink Floyd and Led Zeppelin.  I almost always listen to music when I write to help me drown out the distractions that inevitably try to intrude on my focus.”

I then asked him, “The descriptions of the machine and the procedure itself show you’ve researched this and have a background in the subject. How far away do you think we are (in time) from having the kind of implant that Victoria received in real life, and can we even imagine the social implications?”

He replied, “I don’t imagine it’ll be something exactly like my description, but there are already some experimental prosthetics that move using mental commands or that are activated by using tendon or nerve impulses.  For the most part they’re much less complex than an entire spine, but the field is moving forward at a rapid pace. If a true A.I. interface was ever developed and if it behaved in the way A.D.A.M. does in my fiction, I think it would change the face of the world.  I touched on the potential for micromanaging the body’s efficiency and the brain’s organization schema, but the waves that ripple out from the idea of being rewired by a computer are wide and varied.  It could be a logical wonder that frees us from ignorance and having to laboriously learn, or a dystopia where only the very wealthy can afford to buy enhancements.”

Rather than focusing strictly on action, in this first episode Benjamin takes a subtler approach early on to explore Victoria’s slice of life. This includes her decision to undergo augmentation and how it impacts her, but then culminates into something much heavier as various factions protest her new existence while others try to capitalize upon it. Note that initially when Victoria is informed of the protests against her being a “cyborg” she ignores them entirely, given her excitement about the new prosthetic. She goes with the flow throughout much of the novella, naïve to the consequences, and accepts her new reality with very little cognitive dissidence. It’s only when A.D.A.M., the A.I., starts plunging into her programming and memories does her character fill out some, that is, until the weight of circumstance starts piling up. The spinal replacement procedure itself was experimental, unofficial, and unapproved, so the proper authorities were not notified of Victoria’s enhancements. The one thing that was communicated, however, was that she posed a clear and imminent danger that could be used to their advantage, even if she was naïve to her own abilities,

This is a hospital, not an experimental robotics lab!
‍
...The ‘bed’ she had been reclining on had a narrow slice down the center of it that revealed a shining steel bath of blood-tinged neurosynth fluid. There were hundreds of connectors lying in the bottom of it, their flat, magnetic ends glistening in the fluorescent lighting…sprawling in a mass of electronic debris…that looked like something that should be powering a spaceship.

‍Victoria’s character stays relatively the same throughout the novella without a strong arc, but then, the story takes place over a short time period and future offerings in the series likely bring out the aspects of her characterization more over time. At the very end of the novella she becomes increasingly stressed as the excitement and shock wears off and the consequences more real. How that stress is handled, in addition to her exploration of ADAM, will determine how she develops. Conversely, the writing also takes other viewpoints including the A.I. itself. Those scenes read more like traditional cyberpunk,

The concussion of gunfire erupting behind them had caused a change to occur in ADAM’s system. A section of his databanks that had been blocked off and hidden so well he hadn’t even known it was there abruptly made itself known.

‍The writing style is straightforward, unpretentious, and clear. Excepting a few minor point of view issues, it is well edited. There are moments of characterization that come through,
‍
Even the grimace on his face seemed like it had been scribed by precise instruments.

‍The most interesting line in the novella is when A.D.A.M. (the A.I.) discovers in awe humans’ ability to commit suicide or otherwise self-harm,
‍
…there was way too much he still didn’t know about the system he cohabited…on the surface, the odd and self-destructive tendencies exhibited seemed to serve no purpose at all. Some of them stemmed from ancient protocols that no longer applied to the current OS but were still connected through a system of reverse-engineered coding.

‍I asked Benjamin, “The above paragraph references the Savannah Principle from sociobiology / evolutionary psychology. It’s remnant of Dr. Richard Dawkins’ The Selfish Gene. Do you have background in these subjects, or with similar research?"

He replied, “I tried not to research it too much as I didn’t want to make the writing too heavy. Instead, I just tried to imagine how alien a human brain would be to a thinking being based solely on logical processes.  Things like emotion serve a valuable purpose to humans, but they’re often not based on any sort of logic.  So much of human behavior is based on impulse, instinct, prejudice or social influence that much of what people do would, to use a tired cliché (would) simply not compute.  The evolution of the human brain is a true mystery, but we know it contains leftovers from our prehistoric ancestry.  Ironically, at one point in a future book, A.D.A.M. concludes that a sacrifice is the only logical decision, something that nearly destroys his relationship with Victoria."

I asked Benjamin, “Victoria is really a backseat passenger for a good portion of the novella, a mere vehicle for the A.I. Despite some control issues at school with leading routines, she seems content to let others decide her life direction. Despite getting into a great school we don’t know exactly what her career or other plans in life are, as, like her romantic life, they seem in flux. It seems the first time she really took the lead and made a decision for herself was when she elected to have the surgery, and even then she wanted to ensure she had her parent’s good graces. Now she is going to have to take responsibility for the direction of her life at a critical time when she may be manipulated by an A.I. from within, and from various factions from outside herself. The decisions she makes in future installments will determine her greatest strengths, and perhaps, her greatest weaknesses. Is that fair to say?”

He replied, “I wanted to show that because humans are so used to going through the motions of daily life, often when our behavior changes, we don’t notice it immediately.  So much of what is being altered for Victoria is happening on a level that isn’t even possible for her to recognize, a brain can’t see what’s happening inside itself.  The A.I. also doesn’t truly understand where it is or the wider implications of making changes, all A.D.A.M. has to work with initially are the directives programmed into him.  Victoria is finding the influence of the machine in her mind is changing her priorities but takes it in stride as looking forward to graduation or perhaps because of having a major medical emergency.  Future books explore what happens when the pair finally come to understand what their counterparts are and how much they depend on one another for existence.  A.D.A.M. realizes that Victoria isn’t just a mobile chemical production facility and she comes to understand that he is actually a free-thinking digital being.”

As the novella ends we are left with little closure, and instead a cliffhanger as factions begin to war for control over this new technology. The novella is not “self-contained” in this regard. Future entries into this series explore how Victoria merges further with the machine, until the difference becomes less and less between the two, asking the fundamental question, What does it mean to be human?

I finished with my last question by asking, “After you complete all the installments, do you anticipate re-releasing all the books in the series as a single volume? Also, is the fourth book the last installment?”

Benjamin replied, “The first book is much shorter than a standard novel. Initially I was thinking of making all of them that short, making each one easily digestible in a day.  My thought was to make them fun, like literary junk food.  Subsequent books grew to be longer; my writing style is to just put characters in situations and see what happens and the more the characters developed the longer the books became.  I’m currently just over 18,000 words into book 5, although it’s been a couple of years since I published a Machine Girl book because I also have a pair of fantasy series and a horror series I write.  I anticipate that there might be six books in the series, but certainly at least a fifth.”

Welcome to the Machine is available on Amazon. Check it out, and when you purchase, get the whole series at once, as you'll want to know what happens!