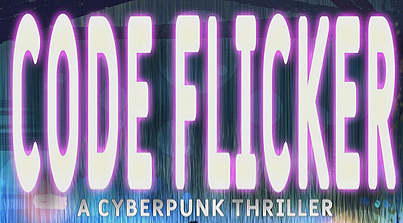 "…A culture expressed and consumed in small bites of disconnected information,
a culture where context is no longer as relevant as the moment…
not the moment of creation, but rather the moment of consumption.."
‍
-Marlin Seigman (Book Excerpt)
(Images belong to Marlin Seigman) 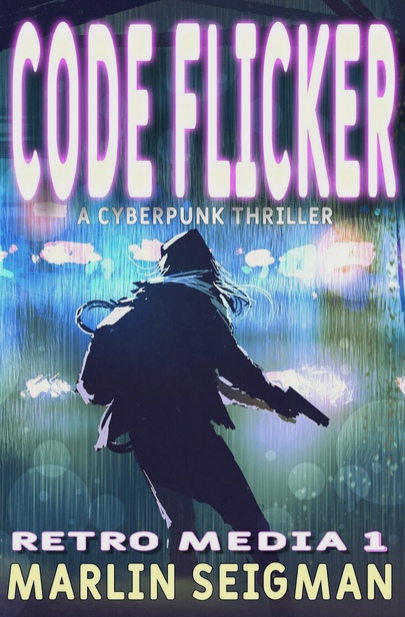 Marlin Seigman is a new cyberpunk author with a background in English and Philosophy. Code Flicker is the first book in the Retro Media series, which currently has a prequel, and an upcoming sequel planned.

The story centers around Jacob Quince, a code developer who lost his job by developing code without authorization, including a code that enabled neural implants to generate illicit substances. After doing time the last thing he wanted was to get another corporate job. Keeping with cyberpunk tradition, corporations are empowered to the point where committing a crime against them is almost unthinkable, and in this case you would even lose the right to vote.

Jacob is dragged back into the corporate world of competing factions when he’s targeted by two men to steal new tech from his former employer. The book then proceeds through a variety of action sequences one might find in Shadowrun as Jacob organizes a team to make runs, with romantic sub-plots occurring in brief moments. The cyber elements are clearly rendered throughout,

‍The story is told primarily through Jacob’s point of view, occasionally switching to that of his companions or the assumed antagonist. We get powerful glimpses of the world he lives in throughout the novel. We know corporations control everything, and that people have to apply to even have children.

The world building is particularly strong during a scene where a friend is severely injured, and rushing him to the hospital ends in an argument with the nurses about where he should park and proper insurance processing, with saving the person's life irrelevant. The book has a similar vibe to the movie Equilibrium at times. The industrial medical complex had marketed implants and code as a way to avoid pharmaceutical addictions, though this didn’t happen, and people became dependent on not only the codes to satiate their addiction, but the implants themselves,

The pharma-tech corporations were constantly upgrading their hardware, making the older chips and code obsolete, forcing people to upgrade if they wanted the latest pharmaceutical code. Everyone did. Anyone with a heart condition or diabetes or depression had to upgrade. 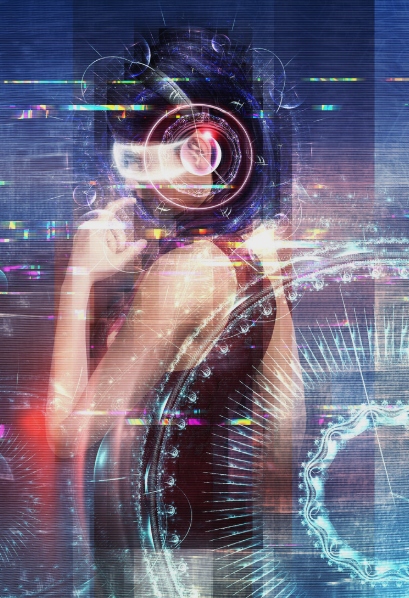 The culture itself is unusual. Nicholas Cage is worshipped, literally, in a rather satirical commentary on the godlike status celebrities have in modern culture. Arguably, the best line of the book sums up the culture as follows, which is just as relevant to the real world,

…a culture expressed and consumed in small bites of disconnected information, a culture where context is no longer as relevant as the moment…not the moment of creation, but rather the moment of consumption.

The Galleria offers contrast to the rest of the world. It’s a place where communal gardens provide food, and trust is high based on the presence of a bartering system, as bartering societies are less skeptical of one another than societies with set prices according to psychologist John Tooby, especially when goods like food are involved that have differential production based on season or year.

The Galleria fascinated Xia. Its people lived in an entirely different economy...one where what you needed was more important than what you wanted, one where community was collateral...It was a kaleidoscope of outcasts, and Xia felt at home.

As a musician, my favorite scenes are those comparing code flicking to writing music,

His awareness floated in code and white noise. He was everywhere and nowhere at once. The sensation was like losing a feeling and remembering it at the same time…When he found the groove in each part of the code, he began to manipulate it, slowing it down, coaxing harmony from noise. The notes of dissonance came together, modulating in a comprehensible beat. His mind moved with the beat, taking the code from its erratic jumps to a slow, pulsating series of notes.

‍Music is ultimately math so it works. The passage also shows Marlin’s philosophy background with the Pythagorian reference.

Code Flicker is a cyberpunk technothriller with heavy use of dialogue and action sequences that go beyond gunfights to entering the world of data. The book is well edited and a worthy read for anyone who enjoys the genre. Check it out on Amazon today!