Introduction:
A background based on prior information
‍
Cyberpunk Legend Lewis Shiner worked with other classic cyberpunk authors to solidify the sub-genre in the 80’s, collaborating with Bruce Sterling for the Mirrorshades Anthology and creating a variety of other works. He’s perhaps most known for Frontera in 1984. It’s set in space, like other cyberpunk novels including Hoshi and the Red City Circuit, Vacuum Flowers, Schismatrix, Night Sky Mine, Cat's Whirld, Rucker's Freeware, Maddox's Halo, and my own novel Hemispheres. The classic authors had no qualms about setting their books in space at times, because they weren’t just rehashing the golden era of sci-fi, they were bringing their generation’s unique voice to revolutionize it. After all, both Bethke and Sterling declared the golden era to be dead.

In 1991, Lewis Shiner wrote an article in the New York Times titled Confessions of an Ex-Cyberpunk. In that article, he called for a new form of science fiction to emerge that is technological, but more optimistic, echoing Karen Cadora (1995) and others' criticisms of cyberpunk as a male power fantasy that fell short of its postmodern promises. Stephenson has also supported a more optimistic sci-fi.

I've recently spoken with Bethke (2020) and Swanwick (2020), who would both enjoy seeing a new form of sci-fi emerge. Sterling (2019) doesn’t seem to mind cyberpunk being superseded. K.W. Jeter (2020) during a recent interview with me was, characteristically, less enthusiastic about any optimistic literature however, implying it would cultivate naivety in the masses.

I provided Mr. Shiner this background, and mentioned that previously in 1991 he wrote that a new science fiction should, "show the price that must be paid for solutions to our problems; it would see the computer neither as enemy nor god but as a tool for human purposes." Building on that comment, the current discussion begins:

Lewis Shiner - A Brief Interview
Current Discussion
‍
Mark: What would a new form of technologically-based science fiction look like that would fulfill this collective vision of being more idealistic and compassionate, as you put it. And, do you believe that solarpunk/ post-cyberpunk and other spin-off genres are the answer to this, or is that new science fiction still to come?

Lewis Shiner: I have read almost no SF since the mid-1990s, and get more detached from the field every year. I guess I just burned out on it. It was the early days of the web, and I was working as a web developer and designer, and maybe that took some of the glamour out of the whole idea. These days technology seems less a liberator and more an opiate of the masses.

I will say that I'm not very keen on genres, especially self-conscious micro-genres that might come with a manifesto. (Some) are just marketing labels, not movements.We are living in our own dystopian future, what with the pandemic, a madman in the White House, and accelerating weather disasters…To write fiction set even ten years in the future would require both unjustified optimism and some convincing answers to the literally burning questions of the moment. If those hurdles could be jumped, certainly idealism and compassion would have to be part of the effort.
‍
Mark to Lewis: You are right, there’s a difference between marketing ploys and true literary movements. Your response…is remnant of the zeitgeist of our times…You mentioned that, “These days technology seems less a liberator and more an opiate of the masses.” Since the cultural material relationship of technology to our social constructions is so important to cyberpunk, can you please elaborate on this statement at your convenience?

On one hand I can see how civilians are able to turn the panopticon of surveillance with their cell phones back onto the government and its activities, resulting in peaceful protests (while they) take steps to liberation and equal justice. However, you’re saying (technology’s) more of an opiate, suppressing our class consciousness from awakening if you will. Are you referencing our obsession with video games and mass media and the use of the TV as a placating device, or perhaps the constant distractions of our headline culture and smartphone usage?

Lewis: I guess I'm mostly thinking of social media addicts who walk around like zombies, focused on the iPhone in their palm. Who can't stop texting while driving, who can't put the phone down to go to sleep at night. From what I understand, especially with younger people, the content that's obsessing them is trivial in the extreme--cute animals, disposable pop music…comedy routines, etc. There's plenty of stuff out there about dopamine hits from social media "likes," making the case that they can create a physical addiction….

I've railed against TV for my entire career, but iPhones and Instagram are to TV what Oxycontin is to Tylenol…this really may be the end of the world. (Not social media, but the aforementioned plague, lunatic, and climate change.)

Mark’s Commentary: (written after the conversation) Numerous studies confirm the potential addictiveness of social media, particularly when it creates a perceived increase in one’s reputation. It has also been linked to depression, ADHD, insomnia, loneliness, body dysmorphia, and shelters us within a protective network that validates our identity without exposing us to oppositional viewpoints, theoretically increasing our polarization. “Trolling” and misuse by foreign agents to recruit terrorists and incite violence in our country show the true dangers. Cyberpunk author Matthew A. Goodwin has also commented on people's obsessions with social media and phone use in an interview earlier this year, echoing some of these same concerns.

There are positive gains from social media as well. These gains often derive from genuine human interactions that aren’t just histrionic like-seeking, and are particularly effective at offsetting loneliness in the elderly. Social media can connect people, including mentors and students, lost family members, and organ donors, in addition to spreading awareness of social movements. Like any technology, the tool itself is not good or evil, it’s the way it’s used.

What underlies the potential ails of social media is a lack of meaning and purpose in life, a lack of belongingness. People on the fringes of society can be particularly vulnerable to this, such as “geeks,” a group of people for whom technology is paramount for. One study showed Geek culture may be a way to offset depression and a lack of belongingness in a group of people who are generally extroverted and open to new experiences (McCain, Gentile et. al. 2015). The causality is not clear, however, and the article does mention that geek culture could be contributing to depression, and enabling, though not causing, our rising narcissism. I see this narcissism as a coping mechanism for the insecurities that a lack of belongingness brings.

‍Lewis: …There is some political content out there, and there are memes that can have a positive impact. But I see so much naivete--people who should know better parroting back reactionary slogans like "All Lives Matter," for example. I'm certainly not an expert on this stuff, and I'm sure I'm susceptible to all sorts of bias, but I do know people who used to read books who now spend all their entertainment time on social media.

Mark's Overall Commentary: Philosopher Robert Wright (2020) just wrote, "Lots of forces - political, economic, cultural - have gotten us to this point, but one of the strongest is technological: the fact that so much of life is now captured on video. Nothing has so intensified tribal animus on both sides of the divide as the fact that every day the worst things done by members of either tribe are injected into the social media feeds of the other tribe." Paraphrased: "Those performing these horrible acts that go viral represent less than 1% of activists on either side, but are assumed to represent 100%."

When humanity is tweeting over 200 billion tweets a year on that platform alone, this amounts to a serious perception problem. 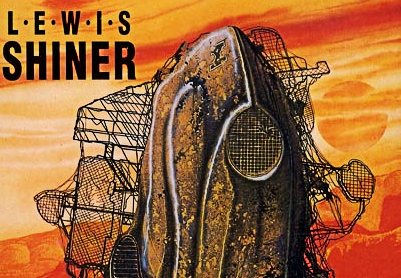 It’s easy to see why Frontera was such an influential cyberpunk book, even though it’s set in space and not VR. The idea that corporations will become more powerful than countries is a core idea of cyberpunk literature, for instance,

“Things on Earth,” she said, a little awkwardly. “I guess they’re okay. The big governments collapsed, and the corporations just sort of took up the slack..." ...“The corporations sent their own armies. That was when everybody figured out that the governments were gone. There was a lot of rioting and all that, and finally the big companies just stepped in. Started policing the cities, paying welfare, reopening the hospitals and all."

‍Likewise, the idea of implants and reprogramming people influenced a whole generation of writers. Many authors wrote about this at the time, from Maddox's Snake-Eyes, to Michael Swanwick's first use of the term wetware in a novel. From Frontera,
‍
“You…have been using me like I was one of the robots out of his factory. You move me around like a piece of furniture, you even try to reprogram my fucking brain, and you ask me if I’m okay? You know about that…circuit in my head, knowing about this machine that...”

On the other hand, like Vacuum Flowers and Hemispheres, terraforming is also discussed, making the book more accessible to general science fiction audiences,

“Terraforming,” Kane said…”Curtis believed in the ‘pressure point’ approach, that you can change a few little things and get big results. Like if you dumped some dust on the poles, the heat absorption would melt the ice and increase the atmospheric pressure which would start a greenhouse effect which would melt more ice. There’s supposed to be enough frozen junk at the poles and around here on the Tharsis ridge to bring us up to a full bar of pressure, same as Earth.”

Descriptions are beautifully done,
Bones like negative shadows under the darkness of her skin.

They rode the breeze into the port of Mysia, rich smells of frying oil, ripe fruit, and mingled sweat and perfume drifting across the water of the harbor to meet them. They tied the Argo at the dock and climbed into the city by torchlight, the Mysians in crudely dyed chitons and pepla swarming around them, desperate for news.

Most of Mr. Shiner's work is freely provided on his website. Check it out!
‍ 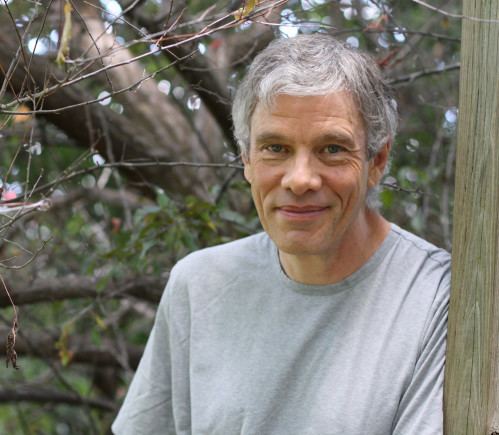