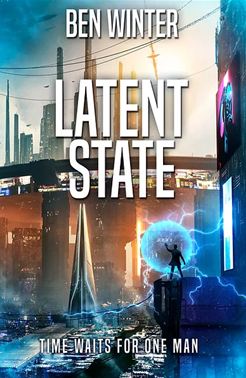 Intro:
‍
‍Latent State is a cyberpunk-themed science fiction novel by Ben Winter releasing in Summer of 2022. Daryl is a cybernetics salesman whose life revolves around SP1N, a drug that when paired with virtual reality makes one's fantasies seem so lifelike they become addicted to that other world. Trouble is, addiction hits hard, and when he runs out he ends up owing the wrong people tons of credits. Before long, he stumbles upon something with his brother that will change the world as they know it.

The high-pressure device hissed, vaporizing the tab at high velocity. I could feel the chemicals passing into my blood...was the world restarting...
‍‍
Plot:
‍
When Daryl's brother becomes badly injured during a job gone wrong, he realizes he's in trouble, but figuring out what's going on to save him will require a sobriety and clearheadedness that Daryl doesn't possess, especially when time keeps stopping.

Daryl is soon drawn into an uncanny plot by a mysterious woman, Karin, who suddenly shows up in his life knowing far more than he does about what's going on with an almost prescience of events, reminding me of Goodwin's Into Neon.

"Daryl, I know you can stop time."
‍‍‍‍‍ 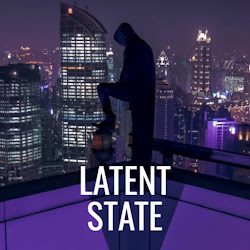 ‍
Writing:
‍
The writing is excellent, with great use of immediacy and good descriptions, and plenty of tech to go around. It's well edited with a good level of vocabulary. There's a high degree of emotional reflectivity and fastidious details thrown in, and occasionally this slows the pacing down, but this is expected in first-person literature. Although the pace is slow during the first 15%, it soon picks up thereafter when Daryl meets Karin. Stylistic examples,

The streets of Neo-London were bathed in the pink glow from the flames reflecting off the Shard's dark surface. It this was a hallucination, it had taken a turn for the worse. This was no longer a minor flight of fancy. It was a full-blown psychotic meltdown.

Retracting Omnicom locked to the shoulder. Robust and with a vast array of functions, its screen folded discreetly against the body to keep it protected.

This really isn't a strict cyberpunk book. From playing with the idea of time, to the more colloquial tone (rather than a punk tone), it places itself as more palatable to a general science fiction audience than cyberpunk usually is. With that said, the obsession with virtual reality and the drug-infested dystopian setting will be familiar to cyberpunk fans of books such as Kadrey's Metrophage, though lacking some of that grit and grime. 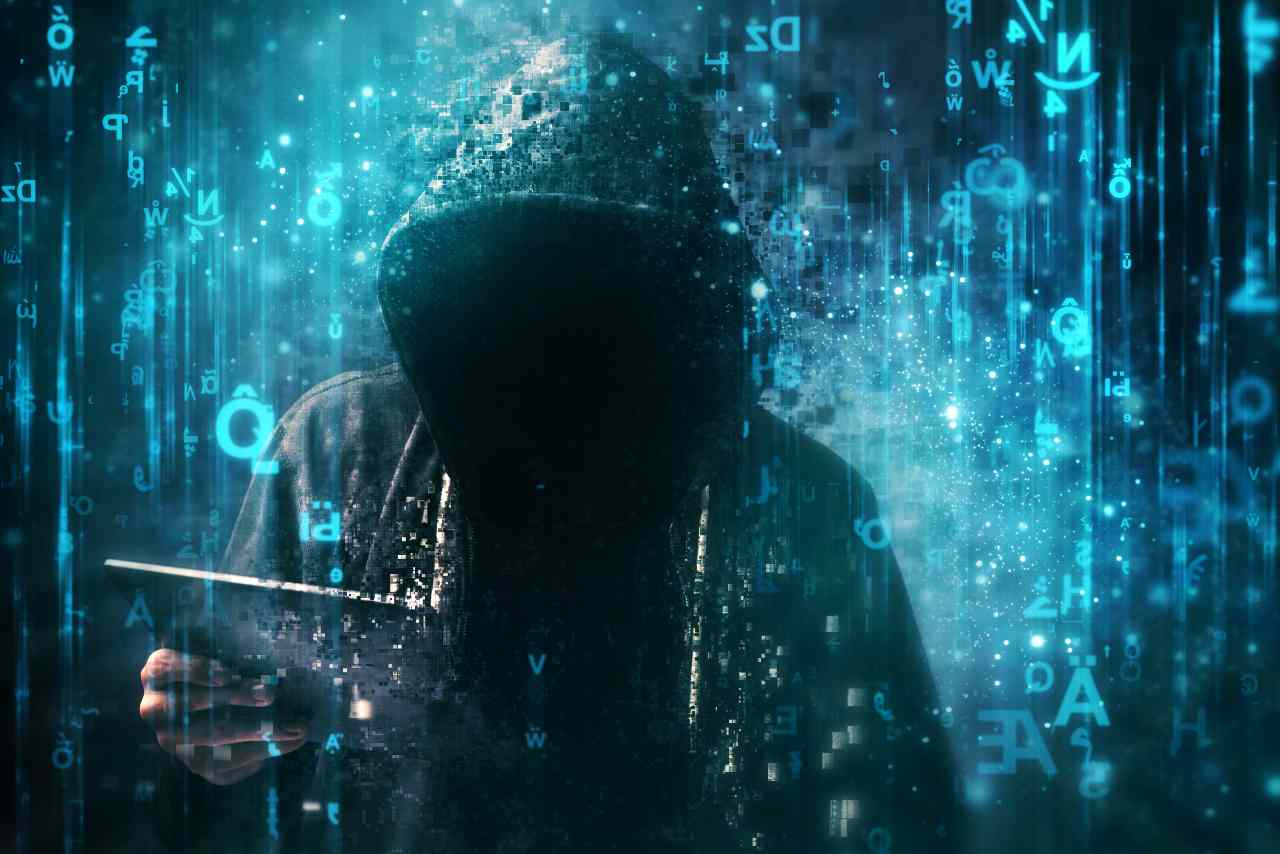 Action:
‍
The action is good and well spaced with downtime.
‍
My heart was pounding in my chest, each beat a lightning bolt through my body. I looked for something to purchase on, but there was nothing. I was halfway between floors...

Cold fear encased my chest as I faced the extraplex, fingers gripping like iron hanging into space. I was glad I couldn't see down from this angle. Paralysis threatened as the wind howled, grabbing at my hair and clothes...I shimmied along awkwardly.  A glance upwards showed Karin's foot disappearing over the top.

"Hurry up!" she called down, barely audible over the wind...

...I wasn't prepared for the speed the platform listed and fell... We went sideways immediately, dangling from the railing as the cable unspooled at speed. I lost my grip on the emergency break, causing us to plummet three floors. Desperately stretching, my fingertips found the handle again. I re-grasped it and yanked hard.

{For an excerpt of how the book handles hacking see our article How Cyberpunk Handles Hacking.} 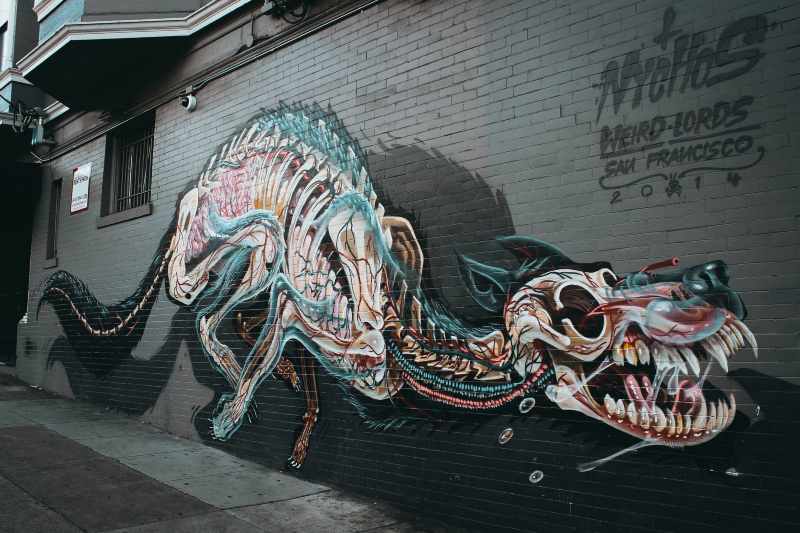 Mark: What made you want to focus on a drug like SP1N for this book. Are you making a statement about our addiction to the virtual online world in real life?

Ben: Society is integrating further and further with technology, and I'm a huge fan, but it has its dangers. Addiction is an obvious one. I'm hopelessly addicted to my phone, and I suspect many people are - I explore that a lot in the book. However, it's nothing compared to the potential addiction of virtual reality. It's fantasy at our fingertips. For the time-being, we have a natural safeguard; VR doesn't feel like real life. That could change if a drug like SP1N was made real or there was a step-change in the technology. Effectively I'm delivering an observation for what might happen if (when?) the digital world becomes more appealing than the real one.

Mark: In the book's backstory, anarchists attack the rich. Instead of being pressured to redistribute wealth, they determine that business is too risky in Britain and leave, taking their businesses to other countries. Britain is jobless and impoverished because of this. How realistic do you think this is as a result of when such radical movements backfire, and have you seen any of this in global politics?

Ben: In 2011 there were riots in London sparked by a police shooting, but it seemed to be stoked by an undercurrent of general societal apathy, likely motivated by post Credit Crunch austerity. There was a lot of looting and businesses were nervous to reopen. I was keen to explore what the worst case (dystopian) scenario would look like if taken to its ultimate conclusion. I would obviously hope nothing that extreme could happen, but then again, you only have to look at recent geo-politics to see people and businesses fleeing war torn areas to have those illusions shattered.
‍
Mark: My favorite line is, Low-riskers were fine with government monitoring, but a random guy with a video camera - that was unacceptable. Why do you think this is? Is the idea of government just too sublime and abstract to associate with intentionality?
‍
Ben: Exactly that, in my experience many people don't (or can't) pay attention to the huge things that govern their lives, and just like the Milgram experiments, if it's associated with authority it becomes accepted, even if it's horrible. There's a reason charities use singular subjects in their appeals. Ten thousand dead in a terrible disaster feels distant, but a picture of a single lonely child cuts through. It's because we can identify with a single individual. Or to put it another way, you can attack a man with a camera because you can see him, but you can't attack a government with a camera, because they're invisible. Most just accept it, and move on.

Daryl's reactions are hard to gauge. He labels others as low risk-takers, and routinely does drugs, doing business with shady dealers. On the other hand, he's too shy to ask a girl who's into him for her phone number. I find such contradictions to make characters more believable, not less, as cognitive dissidence resides in all of us. Most character interactions occur through Daryl, with characters not often talking to one another without him, and his insecurity does come through reliably,
‍
I liked it; people at the bottom couldn't look down on you.

Overall:
‍
Ben weaves a wonderful tale that will be widely accessible to sci-fi-loving audiences everywhere, with a driving mystery as to how time is stopping, who is after them and why, and how this woman he serendipitously meets knows so much. Check it out June 28th, 2022 on Amazon!

Disclaimer:
The first two graphics belong to the author and are used under fair use.