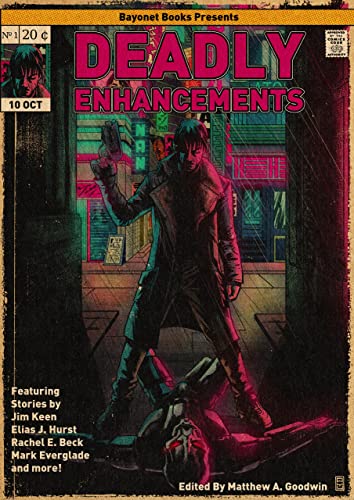 Intro:
‍
‍Deadly Enhancements is a cyberpunk anthology published by the collective J.R. Handley and edited by Matthew Goodwin. It's comprised of 13 short stories that are long enough for the authors to fully explore their ideas while allowing readers time to bond with the characters. An array of themes are incorporated ranging from drug use and human trafficking, to bounty hunters and rogue A.I.s. Minor spoilers ahead.
‍‍
Storylines:
‍
The first story is Start New Record by M.F. Lerma. It's an excellent story about an Observer playing the trolley dilemma and other moral experiments with test subjects. In this case, the victim is Renee, an amnesiac woman who wakes up in an experimental lab. An Observer keeps notes on her every action, understanding that different participants are motivated by different things; some just want the pain to end, while others want the empty promise of a reward for doing what they're told. Renee eventually follows orders as she completes her role in the experiment, leading to a surprise ending that's well done as the subject-object dichotomy is inverted and judgment is placed on the judge.
‍
The themes of freedom of choice, the value of logic in determining our humanity, and the empathy that makes us human resonate throughout the story. Ultimately, it makes the statement that self-awareness is based on introspection, but this must occur within a social environment of productive dialogue. Suspenseful and well done!

‍
The next story, Industrial Intelligence, shows not only the wide range of tones and characters that the anthology represents, but also the range of expression that Jim Keen can muster as a writer. He goes from his usual cyberpunk tone to taking the role of Jon Risk, whose journal entries take on an aristocratic, almost Victorian-like prose as he goes through his life. The format change is welcome and adds diversity to the anthology; in fact, this may be the only cyberpunk epistolary out there.

Jon Risk and his wife run a business designed to create a fully sentient A.I. Their company's approach changes throughout, from making an A.I. from scratch with software, to copying and mimicking the human mind.

Can you understand the implications? Conscious, intelligent life is no longer a product of evolution, but one of manufacture.
Reality as we know it has ended.
‍
To truly record someone's soul requires a machine able to recreate their very essence from whatever data is left by their passing and fill in the gaps.

Jon's forced to make difficult business decisions to receive the hundreds of millions of dollars needed to run the company, and is eventually torn between saving the woman he loves and upholding his values for humanity as he tries to reconcile utilitarianism with the emotions and bonds that make us human.

All I recall of singularities is that they exist within a black hole, a phenomenon that devours everyone and everything. Debt is my singularity, and it has consumed our family.

The writing is excellent, and very emotive and personal, with vivid description and metaphor even when describing the ink of a pen:
‍I watched that hated color swirl down the drain, heart of a feral animal in my chest, skin slicked with sweat.
‍ 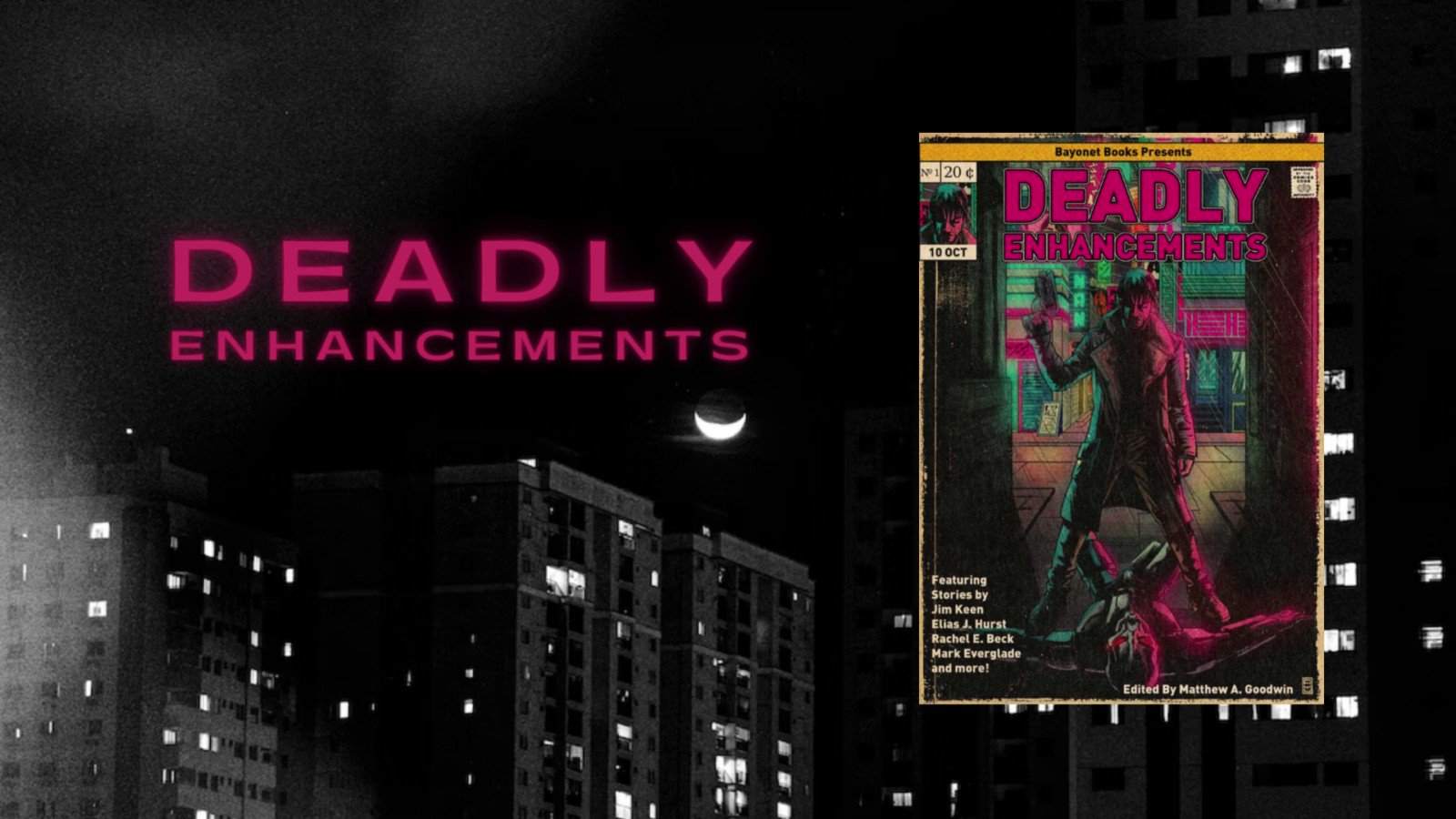 Red-Flower Tangle by Elias Hurst is an action-packed cyberpunk thriller where an A.I. designed to run a building takes over a woman, Sara, who is involved in a corporate power struggle. The A.I. is convincing as it learns Sara's tolerance for alcohol, need for sleep, and is surprised at her emotional and libidinal reactions. It soon becomes cornered by the corp, and is promised a larger building to run if it makes Sara do certain things she wouldn't have done under her own volition. This is interesting because the A.I. who has hijacked a woman's body is threatened with being highjacked itself with another program, creating layers of compromised systems with Sara representing humanity at the bottom of the heap. The point of view is fascinating as the A.I. explores what it means to be human, and finds its own programming extended beyond what it thought were its limitations. It's a cool read!
‍
She had overlooked an emergency clause deep in the default settings of the neural chip when she integrated it with her body. The clause permitted the Operator to enter her body under circumstances of imminent host death. Her neural chip was broadcasting that very alarm, practically begging the Operator to intervene...The Operator shot through a tangle of frayed pathways back to her office and squeezed its code into Sara's chip.

Dare to Dream is my humble contribution to the anthology. It's about the world becoming a panopticon of government surveillance, and two guys who risk it all to stop it from happening. Jimbo and Frag are working on a new anti-virus program at the world’s top cybersecurity firm. One day, their lives are put at risk when they discover the government has implanted spyware into the program to spy on its citizens. To stop it, they must infiltrate the firm's servers, but cyberspace holds more defenses, more ICE, than they expected.

The two of them power up by blending their minds’ synaptic transistors into the ultimate psychic processor. But when their egos become diluted in the process, they must decide how much of themselves they're willing to let go of to have enough processing power to steal the evidence they need to shut down the operation. When they encounter a virtual entity that has no boundary, they must find a way to imprison the infinite without losing the rest of their minds in the process.

Within this power struggle is a statement about the difference between the life that corporations promise their employees, and the high-tech low-life that these two geniuses actually end up being forced to live, symbolized by a bourgeois poster titled Dare to Dream.

Reaching the lab, Jimbo plays sentry as I insert my thumb into the slot at the base of the computer. The data uploads, and I reactivate the code. With a few commands, I replicate the code across a million microscopic nanobots. A circular portal opens in the wall, and the bots, visible only in clusters, buzz out to hover in wait. I insert the blade into the nanoswarm, and Jimbo follows suit until the swarm clings to our blades.
‍
"Make your strikes count," I order. 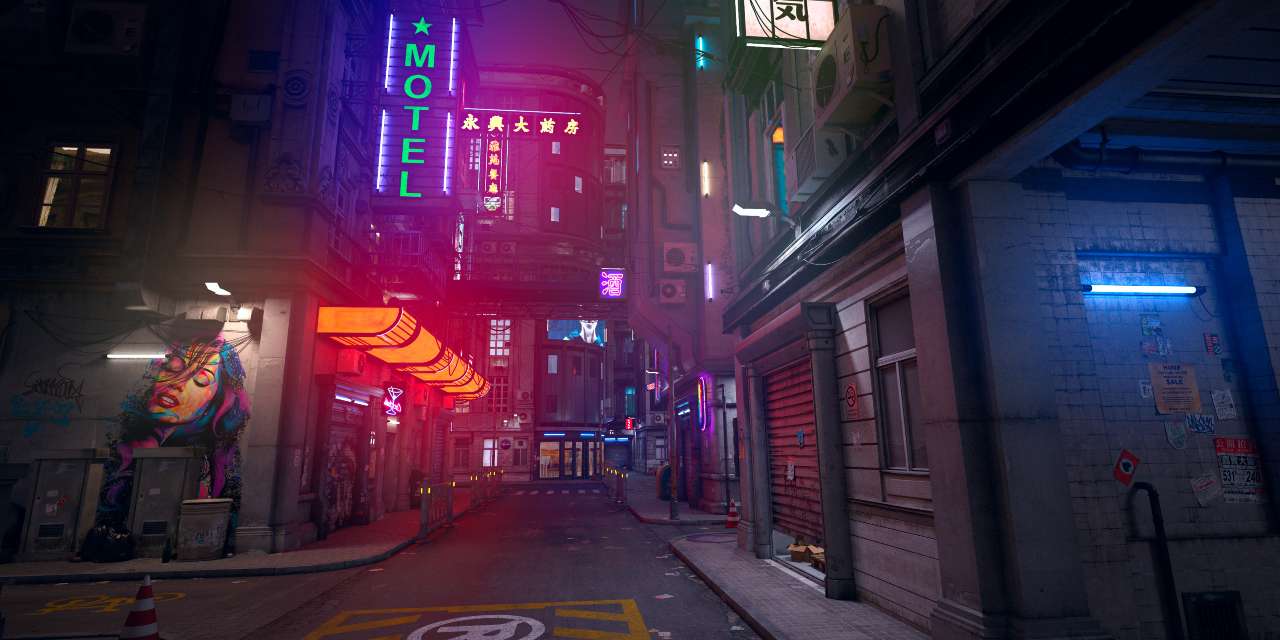 The anthology is wonderful, with a fantastic variety of cyberpunk stories that go beyond people just checking tropes off the list to offer a revitalizing, diverse, and at times literary take on the genre. The stories are action packed, though they are not overly violent compared to the average cyberpunk novel (in fact, they're right at the mean in terms of violent words). The collection shows the genre is strong with dedicated writers willing to think outside the box to color a beautiful, neon-filled world rife with viscous artificial intelligences, jaded protagonists, and all the street grime that makes dystopian literature what it is.

Check it out here!