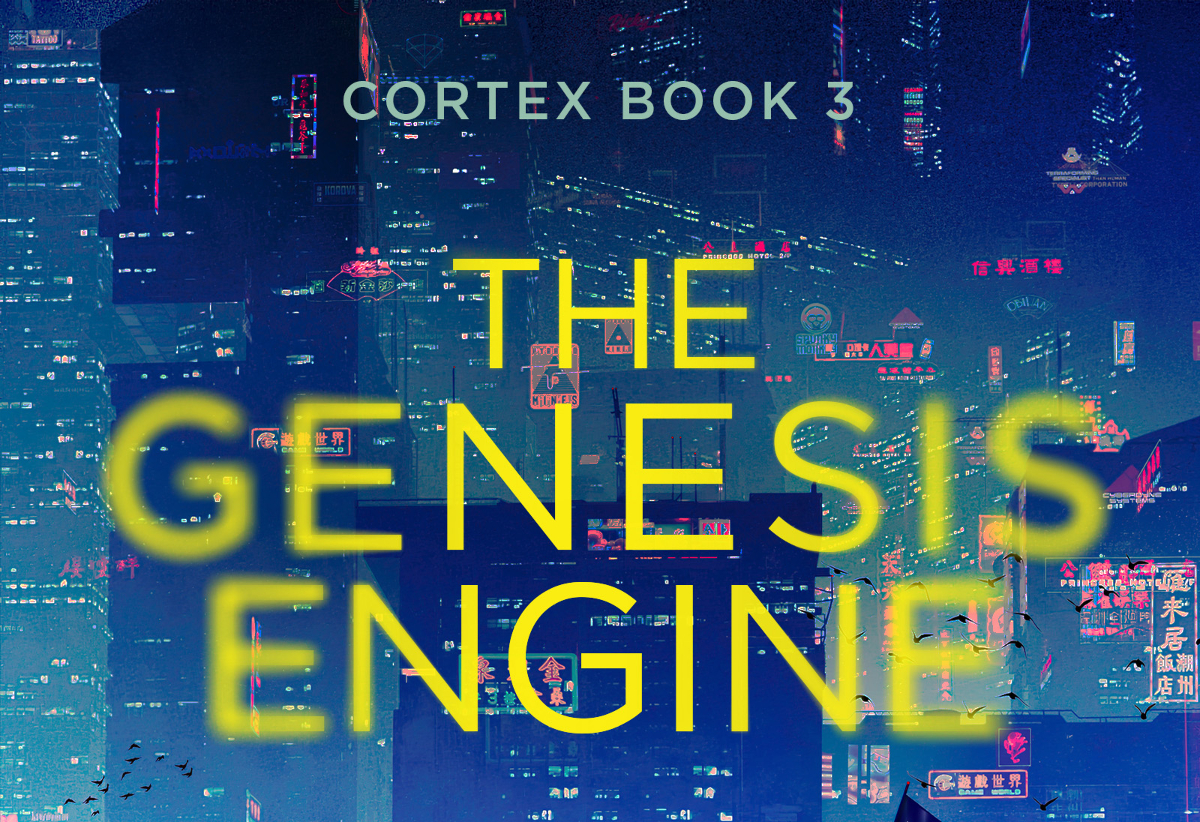 “The question of where humanity ends, and machinery starts, is increasingly irrelevant.
We are what we can afford, nothing more, nothing less.” - Jim Keen (a character speaks this line.) 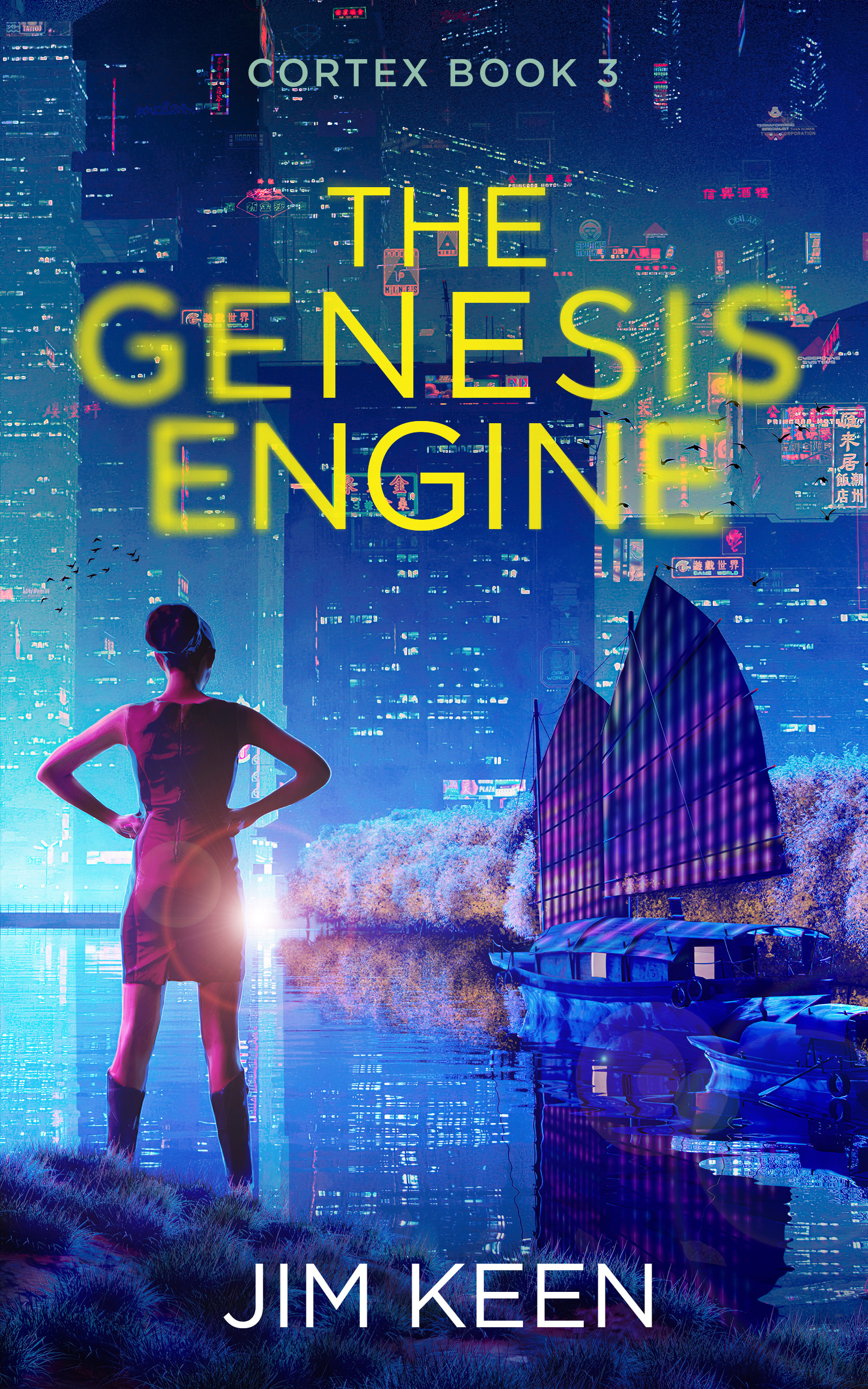 ‍Jim Keen is an architect and graphic designer who has written six novels and novellas. The Genesis Engine: A New York 2059 SciFi Thriller is his new cyberpunk novel. It’s told primarily from the viewpoint of Officer Alice Yu, but occasionally from perspectives as varied as mystic-turned-investigator John Risk, Alice’s romantic interest Conner, a cyborg bent on world domination named Barlow, and a sentient drone floating out in space wanting some alone time. The book is the third in the Cortex series. Although I have a general familiarity with the series, enough background is provided that I never felt lost despite having not read This Automatic Eden. It’s available on Amazon.

Disclaimers: Minor spoilers ahead. Review is based on an advanced reader copy. Images copyright Jim Keen; used with permission.
‍
Story:
‍
New York is in trouble. After Alice took out key political and corporate leaders, it has no centralized power structure. Gang members representing the five boroughs meet with her, but the talks don’t end well. The book revolves around the conflict surrounding reestablishing order, and the distrust between the characters in doing so.

Human rights for sentient machines are a contentious issue throughout the book, impacting motivations behind the scenes. An early antagonist, Barlow, supports these rights not due to his ethics, but a desire for machines to conquer space to spin greater profits. While providing machines human rights dampens profit in the short-term, he’s interested in the far-ranging impact of establishing a monopoly on new extraterrestrial colonies. A major plot twist surrounding this occurs three quarters through, but is handled with finesse due to the extensive foreshadowing.

After a series of deaths, Alice investigates with limited authority to intervene. She works with John Risk and other characters, who each have their own agendas, to press suspects for information as she unravels a much greater conspiracy. As storylines intersect, she finds herself having to stop a series of missiles from hitting the planet, but what’s more terrifying may be what’s hiding inside her.

The book takes place in near-future New York. It’s a world where machines are tortured by running them on reverse gear for too long, where the one percent rule everything, and where your clothes are self-tailoring while glass dresses pop out of pebbles to conform to your skin. It’s a world where your mind can be hijacked by an insane virtual construct that talks like Smeagol. In the world Keen’s created, information wants to be free, but internet access is restricted. People don’t even know where Australia is. It’s a world where cloning oneself can bypass UN regulations on your original body, and where your smartphone is actually smart, carrying on conversations about your itinerary, “I wanted to wake you this morning, but last night you said if I did you’d flush me down the toilet.”

The few space scenes are an homage to early cyberpunk. Incorporating space as a setting helps expand the scope to an epic scale,

‍Take heed that this is not space opera, however, but pure cyberpunk, as illustrated,

Alice was working in her own BIOS now, hacking the very nerve stem of her body.…

...the majority of her skull had been replaced with a polished metal casting. A series of software jacks ran down the right side. 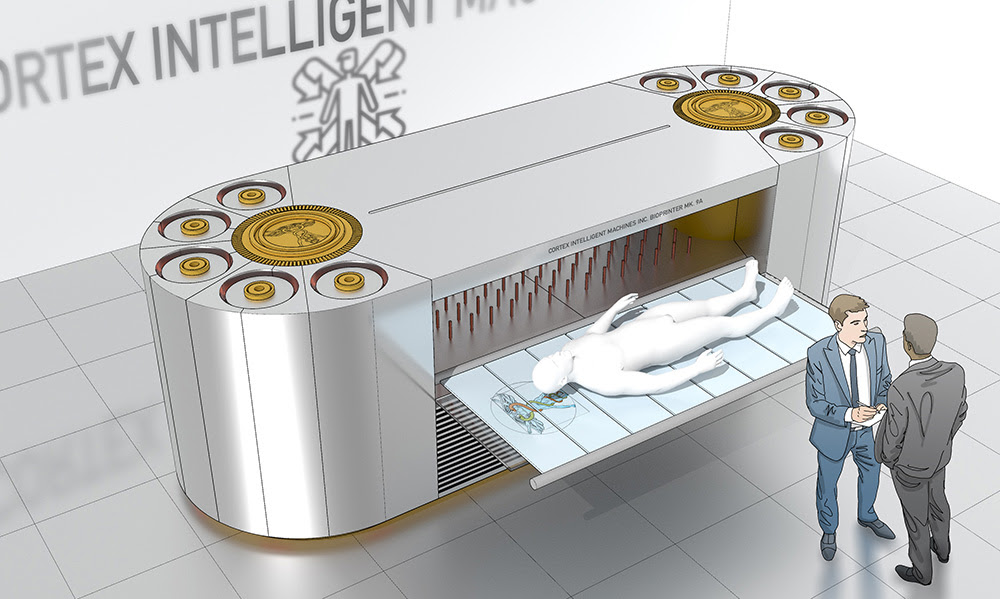 Characters:
‍
Alice Yu has little family. She only has her brother, who is a lot like her late father, who she didn’t like. Alice is sick from a strange illness, but she has too much pride to go the doctor, a decision that costs her dearly. Her entire life she had felt too weak to make a difference, which may have influenced why she joined law enforcement in the first place, though she doesn’t blame her childhood for her current situation. This insecurity set her up to be taken advantage of as she sought strength and a sort of immortality, oblivious of the cost. She trusts no one, as her investigative officer mindset is always active, and people suffer because of it. When she finally exits her state of denial she becomes more introspective,

‍No wonder she’d been so good undercover— she hated herself, which made for fertile role-playing.
‍
‍It’s a powerful line that points at the frail, inauthentic identities so many people hold based on misunderstanding who they really are. She also realizes that pride is a double-edged sword, however, and led her not only into cowardice, but into great courage as it drove her to be the best she could, becoming a law enforcement officer. Fittingly, in order to save the world, she’ll have to trust her worse enemy. For the most part, Alice isn’t the normal cyberpunk anti-hero, but a more value-laden character who is more typical of post-cyberpunk.

A hysterical laugh bubbled between her lips: in this new body, this new world, she couldn’t even kill herself without corporate permission…She would pay for her crimes, but not before she atoned for them…

“How do you stand it? Such pain and loss. Too much, it’s too much.”

“We have no choice but to stand it. Do you see? Those emotions are us; without them humanity is nothing but an automation running its programming.”

Action:
‍
The book is action packed, but also balanced.

Risk’s rifle thundered, and a robot racing toward Alice blew apart, a sliver of metal slicing across her temple; blood ran into her eyes and across her face. Another Marine went down, slapping his chest…

With a low buzz the emergency lights flickered to life, filling the room with a blood red glow. Warning messages flashed across Alice’s alert systems— she was still running at full clock speed and could track the flock of quarter-inch attack drones that emerged from a ceiling air vent…

She flicked her jacket right to catch the drone in its downward arc. With one smooth movement, she wrapped it within the heavy composite armor and flung it behind her. With the stuttering bangs of firecrackers her jacket exploded in a cloud of brilliant white sparks…
‍
Imagery and Metaphor:
‍
The descriptions are excellent throughout.

It looked as if a collection of large, translucent eggs had become enveloped in the tentacles of a silver octopus. The form was bulbous, asymmetrical, and completely organic. Alice pulled up a video screen and zoomed in— the satellite appeared to have been printed from some thick plastic composite…

Alice emerged into the glimmering midday cold and called her Hopper. It landed in a freezing cloud of grit, and she took it up hard and fast into the gunmetal sky…

…his future spread before him like a circuit board.

The white pebble beeped, and the black discs broke formation to swirl like smoke before settling on her skin. Alice didn’t move, just held her arms out as the cold glass made her skin tight with goosebumps...

a shimmering grid of obsidian scales covered her from shoulders to ankles…at least half wore outrageous smart outfits that shifted and shimmered like hers, revealing then hiding the wearer…

Overall:
‍
The Genesis Engine is a fantastic work that will delight both cyberpunk and general science fiction fans. The themes of machine autonomy, political conflict, and trust provide a backdrop to make the frequent action scenes meaningful. This is much more than just a bunch of bombs and gunfights. The world and its factions are well developed and integrated into one another, and Alice is a strong enough character to hold the reader's focus. Check it out on Amazon!

Hear a reading from the book below:
‍ 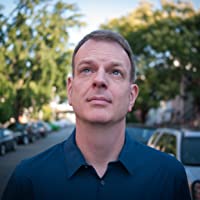