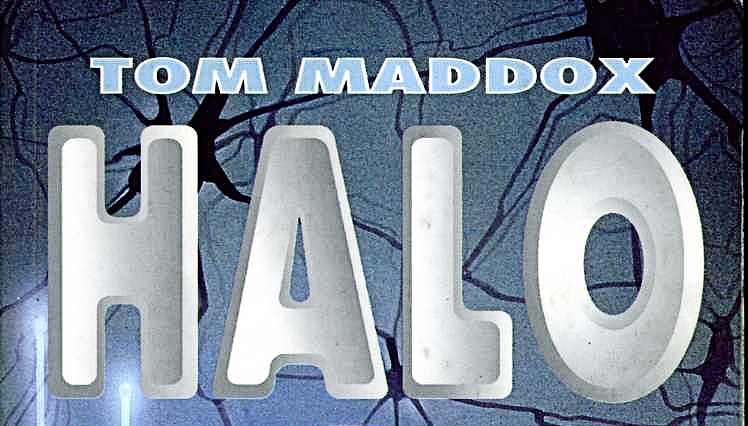 ‍
“Every human being is a new evolutionary moment.”
-- Dr. Tom Maddox

Introduction
‍
‍Dr. Tom Maddox contributed Snakes-Eyes to Mirrorshade, a cyberpunk anthology published in 1986 that was intended partially to counter claims that cyberpunk was mostly a marketing ploy. He continued to write other short stories and his novel, Halo, in 1991, in addition to two X-Files episodes with William Gibson. He provided Gibson with the idea and term he created, ICE (intrusion countermeasures electronics), the enemy of any hacker. This became used in everything from Neuromancer to Shadowrun, Cyberpunk 2077, Netrunner, Ghost in the Shell, and Deus Ex. Calling it ICE led to a variety of plays on words such as icebreaker, which Melissa Scott took to the extreme in her book, Trouble and her Friends. We would have never had passages like the following from “Trouble” without his influence,
‍
‍IC(E). She could almost see it, taste it in memory, a massive cylinder of glass, light spiraling slowly up its side, to drift down again in a faint haze, hiding the codes that make up the real security. She had never seen IC(E) that tight before, could hardly wait to try to crack it…The IC(E) glitters behind her, lights trembling as though something behind it laughed. --Melissa Scott
‍
I had the pleasure of interviewing Tom (whose comments are in green font) with Dr. Joseph Hurtgen.

Halo starts by quoting Baudrillard, immediately paying tribute to cyberpunk's relationship to postmodernism. Most of the story is told through the eyes of Mikhail Gonzalez, who is sent to monitor a technocratic extraterrestrial colony run by Aleph, a sentient A.I.

Mark to Tom: On Halo you’re under constant surveillance, which Gonzalez says he can’t imagine anyone putting up with. Yet today, with our smartphones tracking our location, the government gaining greater rights to intercept our communications, and social media companies tracking our social networks, political views, and buying habits, we have willingly given away so much of our privacy. In many cases, like in Halo, we’re being told that it’s essential for our safety because we’re in a “hostile place” as the book puts it. In Halo the argument by some is that the self is an illusion, so privacy doesn’t matter anyway. What are your thoughts on the state of human freedom in the United States, and are our liberties under fire?

Tom’s Response: I gave a talk at the Computers, Freedom, and Privacy Conference in 1996 at MIT where I predicted that government and corporations would squeeze our rights between them. It happened, I believe. 9/11 triggered a wave of surveillance and abridgement of rights that continues, and Google’s and Facebook’s discovery that direct sales of their customers’ information was a gold mine, which nearly every marketer in the world began to exploit, rendered us completely visible, our privacy crippled.

Aleph, the A.I., interacts with the group via a simulacrum. It’s like a god, counting each creature’s breath and changing the seasons, driven by precise artificial instinct overseeing creatures formed of dark carbon fiber over networks of copper...Inside the cube, billions of lights play, dancing the dance that is at the core of Aleph’s being. In an iconic line Aleph says, “I feel the three degree hum of the universe’s birth as you feel the breeze that plays across your skin.”

Halo blurs the line between humans and androids, both in its humanizing of robots and its robotizing of humans, who are described as being on autopilot, their daily behavior no more than a beaver’s assembly of mud and wood…For robots as well as humans, thinking is one of the least important things the mind does. The book begs the question, if something can be perfectly reproduced, is the simulacrum the same as the original? Would a digital human construct life the same way as an organic one? Halo asks questions such as the following, where an outlook similar to Buddhist suññatā is portrayed,

What is a person? It is a dynamic field made of thousands of disparate elements, held in a loose sack of skin that perambulates the universe at large.

The characters are skeptical at whether human personalities can be downloaded (as they can be in Swanwick’s Vacuum Flowers), because they acknowledge that humans are more than just their mind. They are their context, their metacognition, their will, their memories, their dreams, their fluid chaos, perhaps even their spirit.

Mark to Tom: Aleph is fairly innocuous as far as A.I.s go in cyberpunk. Yes it uses humans as a tool, but it’s mostly to understand itself. In what ways do you think greater automation in society of our infrastructure, economics, and international relations might be beneficial to humanity, by relying on this sort of artificial intelligence, and in what ways could it be harmful? Put differently, should we recreate halo on Earth, a world where an A.I. counts every human breath?

Tom’s Response: Sapiens’ propensity for mischief and unconscious self-destruction becomes more and more dangerous. If we wake up to find our toaster strangling us with its cord, well, there you go. There’s very little our species can’t turn into opportunities for carnage. I really wanted to make Aleph wise and benign on its own terms, somewhat hobbled by my own inherent lack of both those qualities.
‍
Mark to Tom: One of the most remarkable scenes in sci-fi history to me is where Aleph creates a backup of itself and compresses the file into a single sentence that could unravel its entire existence, with one part containing all parts, like a fractal. During this section you reference Russell and Gödel, showing a familiarity with self-reference. You mention the sentence can never be finished. Aleph then constructs its identity as the one who speaks the sentence. This section is so profound, that I could see some people interpreting it as In the beginning there was the word, or a take on Logos…This is particularly relevant since fractals are mentioned on the next page, and fractals are often used as a metaphor for the emergence of complexity in the universe. In addition, the concept of Logos is seen as perfect, a level of perfection only a deity or machine could achieve. Did you intend for this part to have a sort of spiritual connotation to it, or do you find a sort of, perhaps secular connection to the universe when you think about these notions?

Tom's Response: I was exploring the somewhat eerie territory of logical paradox and the puzzles of artificial intelligence, and that’s what I came up with. “Spiritual” is a word I use about as often as the phrase “monkey nuts,” so I wouldn’t use it now. But I was invoking (a) weird universe of paradoxes and strange mathematical objects that I find beguiling. Halo plays around in several ways with that and brushes up against Zen practice, which I hope the book takes an ironic enough perspective on.

Eventually, the remodeling of the AI has a sort of Gupta-Wing Threshold idea such as that employed by Alastair Reynolds in Poseidon’s Wake.
‍
Joseph to Tom: In Niven's Ringworld series, the ringworld functions as a critique of progress--the ringworld is incredibly advanced yet most of it is empty and it has grave functionality issues. The ringworld is also a Big Dumb Object--it's meant to inspire awe because of its sheer scale, a scale that defies our ability to comprehend it. The ringworld or halo, then, functions (as) Frederick Jameson's the hysterical or technological sublime as it exceeds human categories. Would you say that your halo participates in these themes of excess and ineffability or are you doing something different with the ringworld concept?

Tom's Response: I found Ringworld at first fascinating then boring. All the energy of the idea goes into plot complications. Niven has great ideas and constructs (and) sometimes generates fascinating toys out of them, but I’m not fond of his writing or characters or worldview. I find him incredibly clever but not very deep. Halo, by contrast, to Ringworld is a small place full of uncertainty. Its people are doing what they can, but they aren’t heroic or particularly exceptional. Aleph does almost all the heavy lifting in terms of problem understanding and moral puzzles. I’d live there; I’d love to spend days at the lake talking to the various simulacra and whoever else dropped in.
‍ 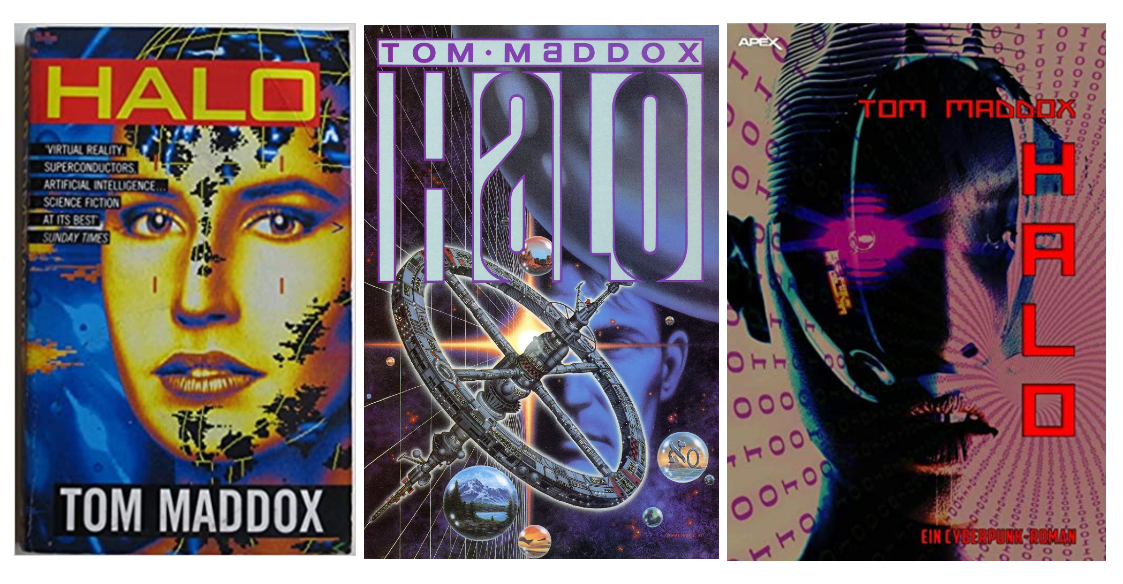 Halo is beautiful and surreal from the first page until the end,

His brain was filled with blossoms of fire, their spread white flesh torched to yellow, the center of a burning world.

Passing among the temples and pagodas as the sun rose and turned the morning mist into a huge veil of luminous pink, with the towers sticking up like fair castles.

The mind like a strange balloon mounts toward infinity.

Machine learning. The world was changing. When Gonzalez contemplates it, he looks up at the sky and thinks it should have new stars, new constellations.
‍
He was staring into the night sky when it began to fall. The moon tumbled and dropping sideways out of sight, rolling like a great white ball down an invisible hill, and the stars fled in every direction…through the cracks in the real he went, falling without apparent end.

The machine-world began to disperse, turning to fog, and as it did, banks of low-watt incandescents lit up around the room’s perimeter, and the pattern of console lights went through a series of rapid permutations as Gonzalez was brought to a waking state.

Halo is a very good thought-provoking read. This is probably the first book I’ve read where the A.I. wasn’t a maniacal villain trying to exterminate human existence, so its original in this regard. The book lacks the disorientation and quick exposition that cyberpunk is famous, or infamous, for, explaining most things thoroughly to the reader. It’s more cyber than punk due to the lack of strong oppositional elements. In fact, conflict itself is minimal, and the book doesn’t rely on the storyline’s urgency to drive it, since Gonzalez’s role is that of a passive observer. It’s the interesting ideas and poetic prose that drove me to obsessively turn the next page, resulting in my only criticism being that it’s too short. I would have liked to see more about Aleph, who quite frankly, was the most interesting character but who was well-written enough that it was all the book needed for immersion. Check it out!

Trigger warning: The book has a violent rape scene recalled in a flashback.
‍ 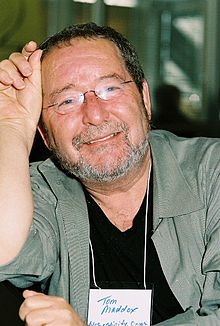