"...Redemption is within reach of anyone who has the courage to take a stand."
‍
-Tanweer Dar 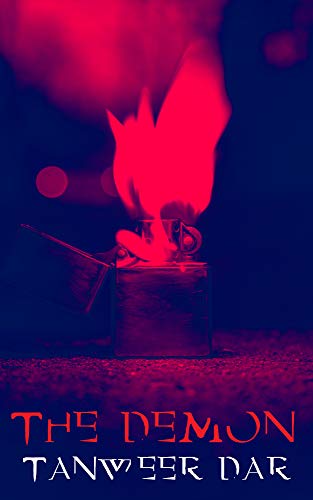 Tanweer Dar delivers another satisfying novella with The Demon. Earlier this year we looked at his other cyberpunk novella, The Man With No Name. In The Demon he continues his straightforward, unpretentious tone, and careful examination of human interactions. Unlike No Name it is told from a linear point of view with very little flashback.

The book opens with a mob-like scene of a man known as The Demon sending a message to someone who didn’t pay up that he’ll never forget. The Demon is frightening; he tortures, betrays one of the characters, and performs an assisted suicide. But that’s not what makes him scary, as that would just make him a classic sociopath. What’s scary is that he feels remorse, compassion, even regret and true love, unlike a sociopath.  He’s simply a guy that got into the wrong line of work and found himself quite good at it, locking away his past and becoming desensitized over time,
‍
“You know, Demon,” the woman in black almost spat the word, “You shouldn’t play with fire. You’re going to get burned…”
‍
“I am the fire,” replied Donovan.

Charlotte, the secondary protagonist, and Danny are investigative journalists, occupations that put them at risk for what they know. The mysterious man in black saves Charlotte from being assaulted one night,
‍
“What have we got here?” A masked man asked, suddenly appearing in front of Charlie. Her heart almost stopped. He had come out of nowhere. The mask was framed by a glowing blue neon strip. Neon crosses stared at her from where his eyes should be, and a wicked neon Jack-O-Lantern smile leered menacingly.

Charlotte takes a sudden and unusual liking to the demon after he saves her life. While its known that in situations of high stress, human relationships quickly deepen (such as the movie Speed from 1994), it can be hard to believe that Charlotte would feel such a connection with him except that he’s the only safe place she can turn. After all, the police failed to protect her partner, a highly armed and nefarious corporation is at large, a motorcycle gang is primed for attack, and law enforcement operations are inhuman,

The hub of all law enforcement operations was largely administered and operated by Artificial Intelligence. Faith and trust in human law enforcement had deteriorated decades ago, and after several disastrous attempts to abolish the sector altogether, it had been deemed prudent to trust it mostly to inherently impartial and unemotional AI.

‍This is a thriller, but it also has clear cyberpunk elements. Whether it’s the aesthetics of chrome and neon, the characters, the augmentations, the nefarious corporation, or the underground syndicate, it’s cyberpunk in many ways. Drones, enforcer droids, and an A.I. make it axiomatic that Tan loves the sub-genre, 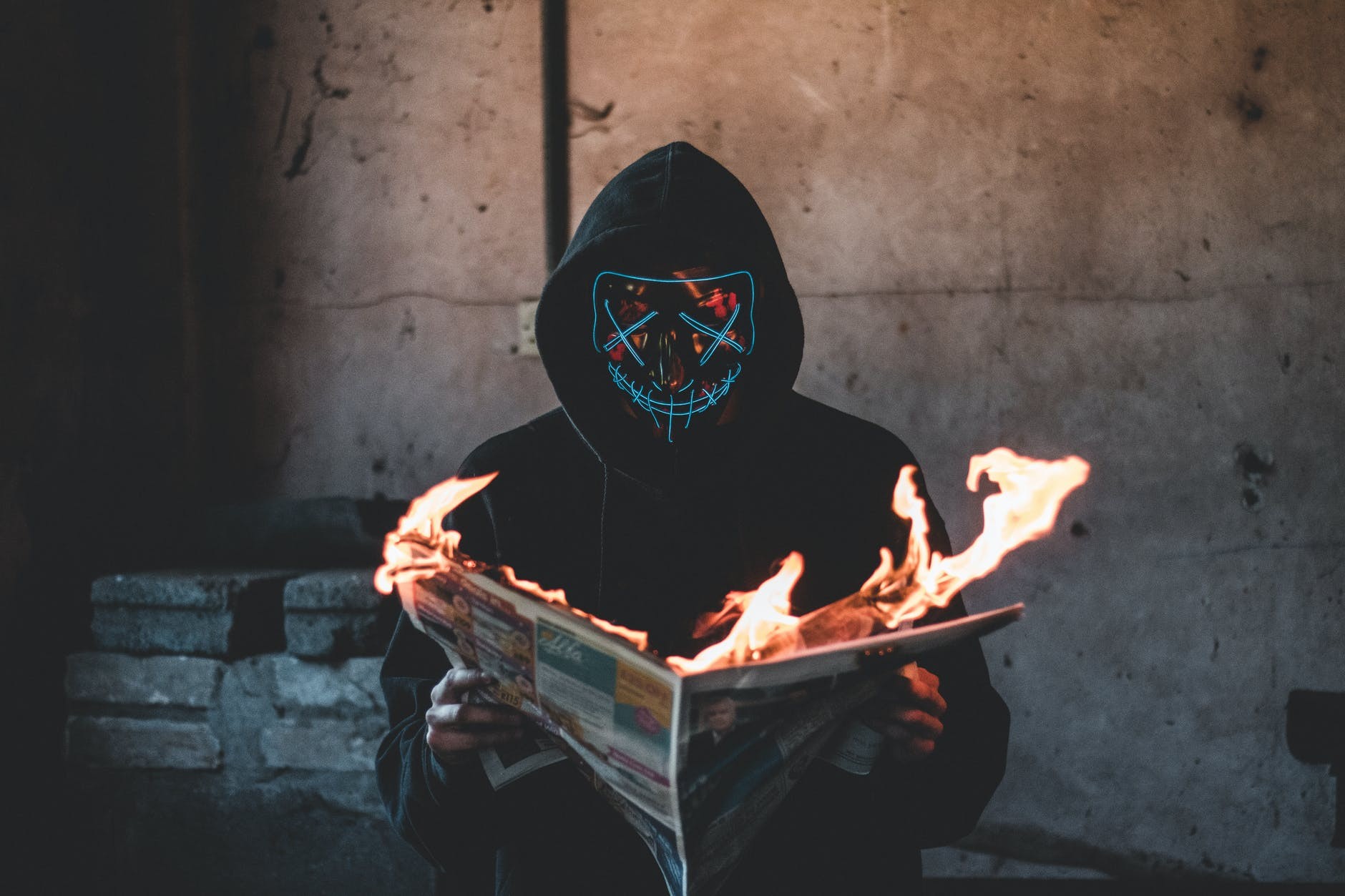 Imagery and metaphor are kept minimal, but one can clearly visualize what’s happening,

Flanking Violet were two massive men, their faces partially hidden behind fearsome-looking respiratory masks which were not uncommon in the criminal underworld. Cybernetic augmentations were visible on their hulking bodies. One even sported an entirely mechanical arm.

The Murder was a shadow moving through the neon drenched city at night, subdued in their ubiquitous black.His hair was wild, writhing as if it were a nest of living snakes.

His eyes burned like tiny suns, impossibly hot and angry. Slowly, his pale skin burned away, revealing a scaly red hide. The long coat, his clothes, boots, everything burned. Where a man had once stood, a hellish nightmare now appeared.

‍Tan allows characters to reflect upon their situation and emotions, but the book’s also action packed,

With speed belying his stature, Donovan ignited the lighter in the glass, the strong spirit catching fire immediately. He tossed the burning liquid into the faces of the two gang members to his left. They screamed, writhing as their faces caught fire.

Their uniforms were black. Unmarked. High-tech helmets protected their heads, covering their faces entirely. Gloved hands held state-of-the-art assault rifles, equipped with multiple firing modes and both lethal and non-lethal ammunition…She knew they had to be employed by HelixCorp, whether they were contracted paramilitaries, or the corporation’s own security personnel.

Mark: I’ve noted before your careful observations of human interactions and body language in your writing. Are you a people-watcher, in the sense of being equally observant face to face?

Tan: I am to a certain extent, but I also have Borderline Personality Disorder. This makes me hypersensitive to emotions and also the slightest change in people’s body language, facial expressions and tone.

Mark: You’ve placed yourself at the center of the indie author community, helping others of every walk of life become recognized. Why do so many readers flood to indie authors? What are they looking for that they aren’t finding among the books published by, say, Random House and Penguin.

Tan: That’s a difficult one to answer. I think a lot of it comes down to the fact that humans are natural storytellers, and major publishers, much like major film studios, have gotten into the habit of regurgitating the same stories and tropes to the extent that people are looking for something different. I also think the amount of control the indie process allows an author gives natural rise to more individual, unique stories.

Mark: When writing a character like The Demon who is not all good nor all evil, how do you think his moral ambiguity makes him a more believable character?

Tan: I think writing such a character actually comes from a very deep place inside. We all make myriad choices in our lives, some of which are inevitably wrong or result in negative consequences. In many ways, ‘The Demon’ is a caricature of this fact – taken to extremes. Despite that, I think it makes him more real, unlike some heroic characters or who are unbelievable because of their perfection.

Mark: The demon is really a story about a man’s past catching up with him, but not in a fatalistic way, in a way that he directs, which starts with his confession to Charlotte. It’s also a story about forgiveness saving someone’s life and adding a self-assessed value to it. What made you want to write about these themes?

Tan: That’s a good question. I think the characters which have inspired me the most have centred around the themes of redemption and forgiveness, and to a lesser degree vengeance and retribution and balance. Characters like ‘Batman’ and ‘Angel’ were certainly an inspiration when writing Michael ‘The Demon’ Donovan. I think, in essence, characters such as these provide hope. Hope that past actions need not define a person. Hope that redemption is within reach of anyone who has the courage to take a stand.

Mark: At the end, you continue your theme from The Man With No Name of a powerful A.I. attacking humanity, in this case because the A.I. controls enforcers that believe humans are a threat for a reason I won’t give away. Over two hundred of the top artificial intelligence research companies in the real world are owned today by only five tech corporations. People talk about technocracies emerging. As a society, are we putting too much faith and trust in the promises of artificial intelligence to solve the mismanagement problems in our social institutions?

Tan: I think technology already controls us in ways we don’t even recognise, at times. This is dealt with more in ‘The Man With No Name’. I think AI has huge potential to benefit humanity, but just like any technology it has the potential for tremendous harm, too. Unlike any other technology, however, we may have no control in the way AI chooses to evolve itself once it reaches a level of true intelligence. I think the combination of corporate power with this technology could lead to serious problems for our species as a whole.

Mark: When will the sequel come out? Don’t leave us hanging!

Tan: As you have clearly deduced from the ending of The Demon, there is definitely more to this story. I have been able to write and publish prolifically during lockdown, but as things move forward and I take on other responsibilities, my ability to write in such quantities is likely to diminish. Nevertheless, I hope to publish a sequel within twelve months.

The most fascinating part is after the man known as the demon confesses a dark part of his past he burns his mask, as if he no longer needs to conceal himself. He’s a real character, though I found his motivation to trust one particular character unusual towards the end; perhaps love had changed him, made him believe the best in people as it so wontfully does.

As typical for Tan, The Demon contains a whole novel worth of material told within the short space of a novella. This fast pacing owes to his efficient writing style, as he knows just how much detail and reflection that’s needed to describe a scene while keeping the writing tight and free of author intrusion, completed by his signature quick scene changes. The ending scenes do occur at breakneck speed, but despite the cliffhangers the book feels self-contained given that it ends at the perfect spot to set up the next one in what I hope will be a series. A book that begins remnant of the 2006 movie Ultraviolet soon becomes a heartfelt novel that makes a perfect weekend escape. Check it out on Amazon! 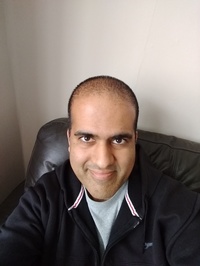