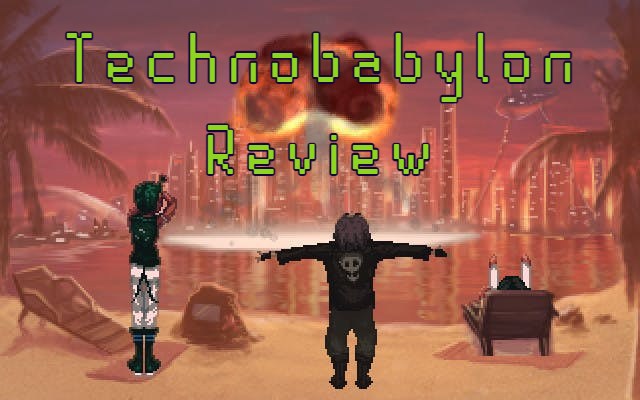 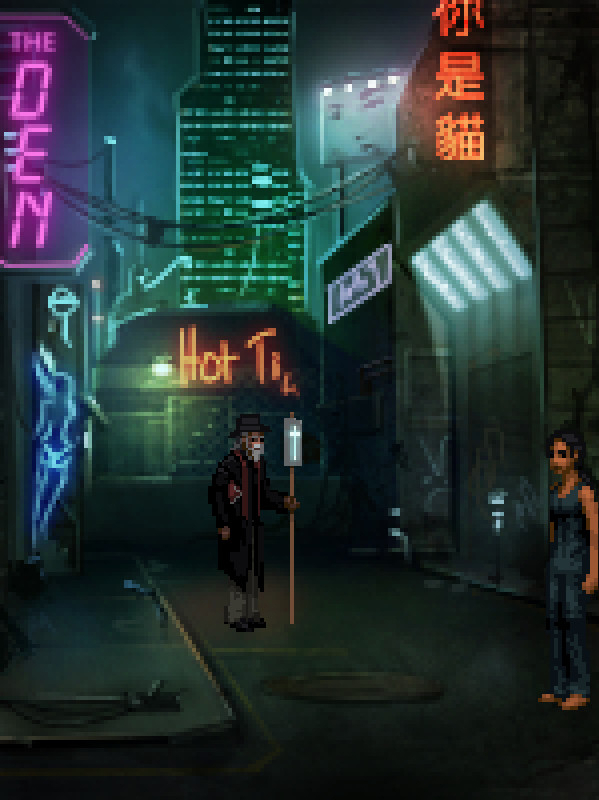 Retro games are back, with Hollow Knight, Dead Cells, Hades, and others leading the charge. But those growing up in the 80's also remember a quieter genre of point-and-click games centered around environmental and inventory puzzles. In comes Technobabylon, a PC adventure game that released in 2015 to overwhelmingly positive reviews on Steam. Like Virtua Verse, the game is straightforward and fairly linear, though at times multiple locations are open to explore simultaneously. Minor spoilers ahead.

You play three characters, including a corrupt police medical investigator, Regis, who's blackmailed after his wife's killer is released. Her embryos are then held hostage, creating internal conflict. You also play as Latha, a VR-obsessed street urchin, as their stories intersect in a technocratic city run by an artifical intelligence.

‍This is a world where touching a rusty fence in VR doesn't risk tetanus, it risks malware, a world where communists try to infect people's implants with collectivism, and gardens are used to cultivate wetware.

The puzzles in the game are legitimate problems, including a couple wonderfully executed escape room scenes. Most of them require very little pixel hunting. Most things you could think to do work, though in one scene a metal coat hanger is unable to be magnetized. The puzzles require switching in and out of VR, and an understanding of how each futuristic device works. For instance, cooking gel can be heated at various temperatures to solve puzzles. At times the solutions are a bit abstract, such as cutting off a bone to use it as an explosive substrate. The characters do provide just the right amount of clues, however, and the ten chapters are neatly packaged and constructed at just the right difficulty level.

The puzzle creativity is often mindblowing. Many scenarios require that you use handheld wetware to interface with various household appliances, downloading the functionality, point of view, and personality of the A.I. constructs within, and uploading them to other appliances to solve your investigation. This turns a common kitchen into a weapons facility one second and a drug lab the next. Its tech surpasses the worn cyberpunk augmentations that fulfill the male power fantasy of becoming a walking tank.

‍The game fully anticipates the major influence even simple devices like food processors will have on every level of life in the future, including crime.

On the downside, the lackluster graphics lack the resolution of similar retro games and people may be divided on whether they're more charming or annoying. The ambient electronica music is average, and the voice acting is okay, excepting Regis, who sounds forced.

It'll take about 10 to 12 hours to beat. A sequel with improved 3-D graphics is due in the future. Play the Steam demo and see what you think! 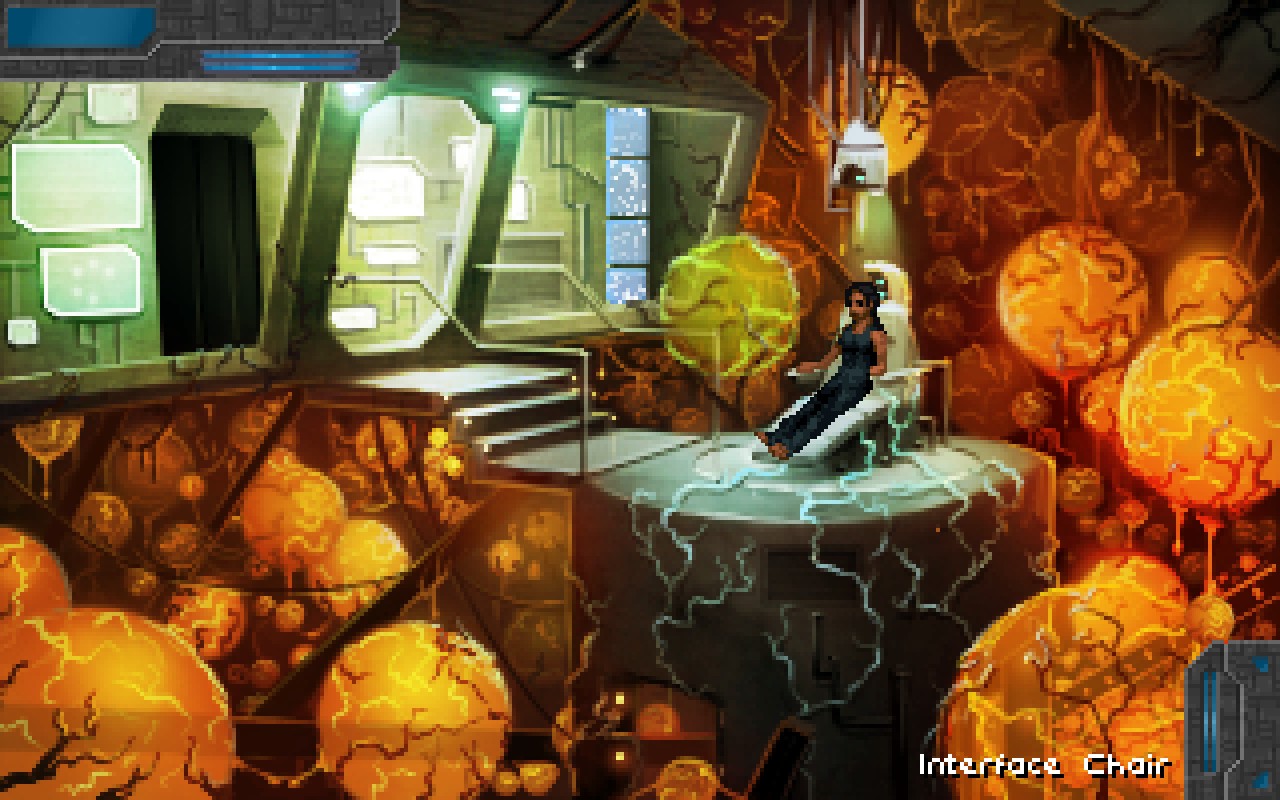