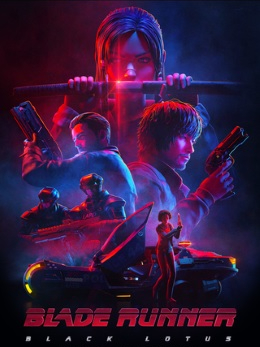 Intro:
‍Blade Runner: Black Lotus is an anime series produced under the creative direction of Shinichiro Watanabe, who you might know from Cowboy Bebop and Samurai Champloo. This review covers the first two episodes as of November 14th, 2021. Spoilers ahead.

Story:
‍
Elle is a replicant, which the series gives away repeatedly before stating it directly in episode two. She believes she has lost her memory, as she has flashbacks of a forgotten life that may or may not have actually been lived. She begins her journey by finding her way back to a home she barely recognizes, only to encounter a gang that is interested in the tech she’s carrying. After some trite jump-kicking action to satisfy kids, she encounters Doc Badger, a guy who runs a tech shop that helps her out. Trouble is, he can’t unlock the tech Elle has, and the process is complicated by the gang that’s still searching for her.‍

Meanwhile, a new life is being advertised to encourage people to move to the off-world colonies, where people are provided free slave replicants to do one’s bidding. Check off another cyberpunk trope.

Now, three contradictions set in as follows that weaken the second episode.

The second episode explores Elle’s relationship to the founding CEO of Wallace Corporation and Senator Bannister in a typical melding of government, corporation, and behind the scenes exploitation of women. Elle offs the senator after tracking him to a pugilist club, though she seems to have more problems fighting an old man than a young, armed gangster, and when the senator strangles her twice she struggles, though as a replicant her sensitivity to a lack of oxygen seems to violate replicants being "more human than human," especially considering how enhanced her remaining systems are.
‍ 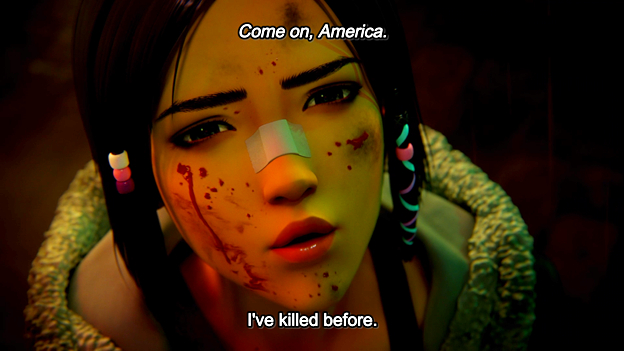 When a cop spots Elle leaving the crime scene, having been notified the suspect was in the area and in her twenties, Elle refuses to stop when ordered. The officer grabs her shoulder and Elle smacks her hand off. The cop sees her black lotus tattoo and then says “wait” again as Elle just leaves. The cop gives up without chase as a phone call comes in – a totally unrealistic scene. A block later, more cops spot Elle (who, further from the scene, would have then been much less suspicious) but go on full alert and chase her as if on the kill in a contradiction.

In episode one, distressed by numerous attackers, Elle she had no trouble dodging a bullet at close range. Episode two shows that while feeling sad, she can’t dodge the same bullet at twice the range from a single assailant. The action is inconsistent. The plot is woven for the convenience of the writer, not the audience.

Expecting the iconic CS-80’s opening sounds of Vangelis, I was surprised to hear a more pop-oriented intro theme, but one that was quite pleasing thanks to Alessia Cara. Otherwise, the soundtrack takes a backseat, providing ambience. In video game soundtracks, the music is supposed to take precedence, while in movies it should fade into the backdrop and be fairly unnoticed as it manipulates mood and interpretation of events. In anime, it often lands somewhere between these two extremes, but the fact that Black Lotus subdues it fits with the downtrodden severity it’s presenting.

Graphical Direction:
‍
The CG animation and smooth character skin tones are like something from early 2000’s video games and are so comic like that they don’t convey the grave atmosphere at all. This wasn’t done for contrast, it was simply a poor choice, where the realistic street environments are mocked by the cartoons dancing upon them. Otherwise, from the rain-drenched neon streets, to the noodle minibar and Japanese cultural appropriation, it’s all fan service to Blade Runner. Seen it all too many times already. Doesn’t help that Elle looks exactly like Tifa from Final Fantasy VII.

Overall:
‍
Black Lotus thusfar fails to deliver anything but fan fiction. Hopefully the remaining eleven episodes build upon the promising premise to bring something new to the series. Nothing about it screams near future; instead, it depicts the "near future" of those living in the distant past, a nostalgia cyberpunk can't escape that asks the question, Is Cyberpunk Dead? 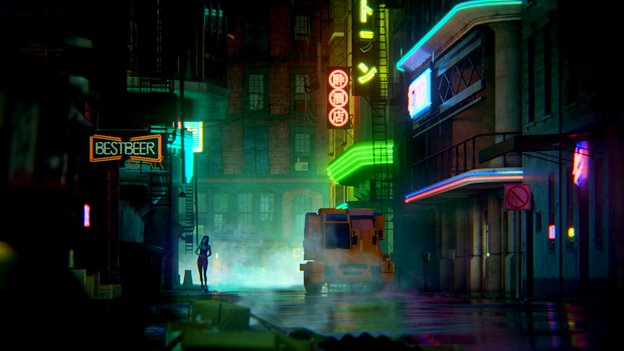