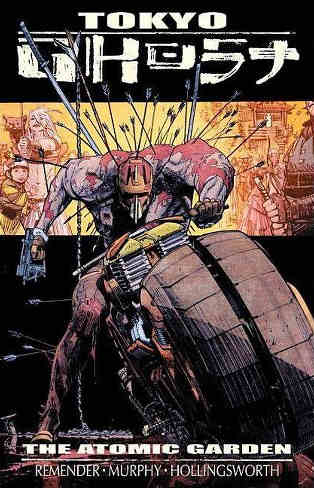 Intro:
‍
‍Tokyo Ghost is a 2015 cyberpunk graphic novel written by Rick Remender (Venom, Captain America), illustrated by Sean Murphy (Batman), and colored by Matt Hollingsworth. The series takes place in a near-future, dystopian L.A. where gangs run rampant, gameshows have the poor compete to count the rich's money, and corporations exploit their discontent by feeding virtual obsessions. This review covers the first of two volumes, which will soon be turned into a film. Some spoilers ahead.
‍‍
Plot:
‍
Debbie Decay has struggled to survive in poverty since she was a child. Her mother becomes so obsessed with virtual fantasies that she fully retreats into that world, leaving the rest of the family to fend for itself. Unable to gain her mother's love or attention, Debbie turns to Teddie, a young boy next door, to relieve herself of the emotional neglect. A massive codependency develops within her and the two fall in love after finding a secret garden that stands despite the environmental destruction. Together, they develop an anti-tech club as an escape from the virtual world that consumed Debbie's mother, but the peace doesn't last long.

"Time passes slowly when you're not filling every second up with useless information.
It forces you to sit with your emotions...to be a human.
I forgot how much that hurts."
‍‍‍‍‍ 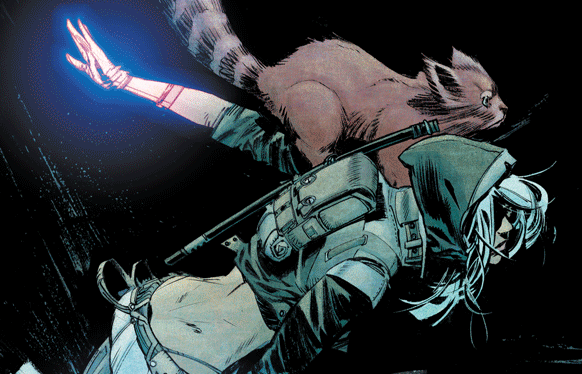 ‍
As the lovers become teenagers, they attract the attention of a gang who is filming a reality TV show for social media where they spy on people, then beat them almost to death for the camera. This desperation for the world's attention is likely due to the inattention of their parents in the tech-crazed world, and calls to attention our current social media obsession. Teddie almost dies, then decides to augment himself with a neurological substance that gives him superhuman strength so he can support upholding order. Unfortunately, it separates him from his emotions, makes him into a vehement antihero, and distances him from Debbie. Debbie's codependency drives her to maintain the relationship and she becomes a partner in crime, but only to protect him, a man who can barely emotionally reciprocate (like her mother). Teddie in his new form of Constable Led Dent takes revenge on the gang, only to have them begin a new hunt as the cycle of violence continues. 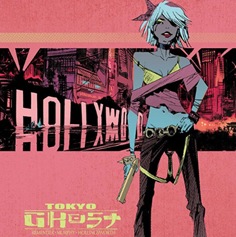 Over time, the gang tracks them to a Japanese forest with a surreal healer who blends into the landscape, blurring the lines between fantasy and sci-fi. This creates excellent pacing throughout and allows Debbie and Teddie time to emotionally reconnect as Teddie works to counter his power/drug addiction. It is difficult to imagine Japan returning to a pristine, natural paradise just six decades into the future, however, given the environmental destruction, the technological expanse, and the limited space it currently enjoys. The Neo-Samurai revival section could have lasted longer, and draws on stereotypes of the Eastern World as being calm, spiritual, and in harmony with nature. A brief look at real-world Japan's whaling practices and CO2 emissions per capita will quickly rid one of the stereotype (though granted, emissions have decreased recently to late eighties levels, though population level is also on the decline).
‍

The artwork is awesome, conveying heavy action and acceleration well, and gets better as it progresses. The scenes display a major contrast between Debbie Decay's small profile and the massive Led Dent and his doom-bike. Debbie isn't minimalized though, and takes a role in the action. Her playing a traditionally feminine role in the relationship is viewed as codependent pathology rather than an assumed social ideal that many male authors would have encapsulated a female character into, so props there.

The mixture of the natural, Asiatic-inspired world, with the Twisted Metal styled dystopia creates a great contrast and a reinstatement that dystopia is best avoided by restoring our connection to nature. There's enough character depth for a first volume to make their motivations feel real enough, given their backstories. As a minor criticism, the antagonist motivations aren't deeply realized in the first volume, Read the first issue free online here.