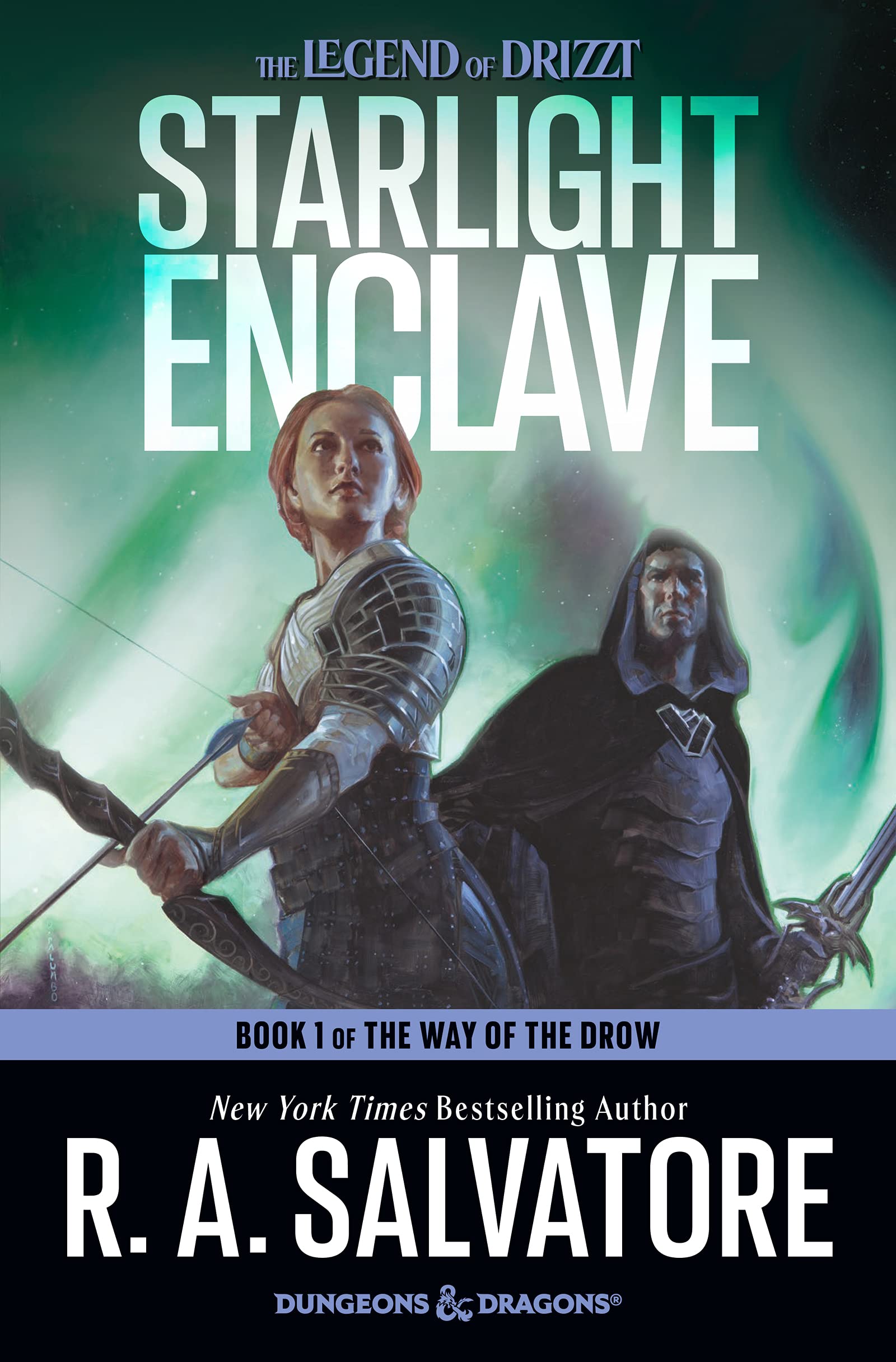 Intro:
‍Starlight Enclave is the 37th book in R.A. Salvatore’s The Legend of Drizzt series, and the fifth to deprioritize Drizzt Do’Urden as the main character. It’s the first in a new trilogy. Spoilers ahead.

Story:
‍
Cattie-brie, Jarlaxle, Artemis Entreri, and a fourth member I won't reveal, form a search team to rescue Doum’wielle.  The half-moonelf woman had been forced astray far north of Icewind Dale and the Sea of Moving Ice. Previously, she had killed her brother with the sentient weapon called Cutter, or Khazid'hea, while under its malevolent aura. Naturally, Jarlaxle thinks it would be great to use the weapon to search out its former owner, though he won't touch it himself and puts Cattie-brie up to the task.

Jarlaxle believes this lost pariah may be the key to undermining the underground drow city of Menzoberranzan. He's also equally motivated by the possibility that a legendary city at the heart of a giant glacier could be real. He sees the chance to rescue Doum’wielle as an opportunity to redeem himself as a self-serving, manipulative, chaotic-neutral rogue, as he's inspired by Drizzt’s character.‍

Character development takes a back seat though, as world building and faction development are Salvatore’s focus. Artemis shows little conflict, and Cattie-brie’s main choice is whether to pursue adventure with the man who previously kidnapped her, or to enjoy a life at home with her husband, Drizzt, and their child. Of course, the wizard-rogue turns to the road out of boredom, despite the only fight she had with her husband in the past few books being what religion to raise their daughter, as if Mielikki would forbid the child to learn meditation under Grandmaster Kane. Meanwhile, Drizzt continues to contemplate the role of religion in people's lives, whether to follow the path of least resistance in order to be one with the universe, and how direct his instruction to others should be. Much of this was influenced by Kane's role instructing him.

The book takes the companions to the frigid Great Glacier where magic has its seasons, where water elementals freeze people into stalagmites, and where a giant primordial ice elemental that supports a hidden city allegedly does battle with the fire elemental it encompasses. That’s fine, until an army of creatures who are immune to fire and ice start boring holes into it, shifting the natural balance. The fire elemental provides a warm oasis in the frigid wasteland, where a giant city full of dwarves, orcs, elves, and a new species of drow called the aevendrow (starlight drow) live in perfect harmony. When the group is gently captured, with threats to erase their memory to conceal the city’s existence, they must ask themselves whether they’ve found utopia, or an illusion.

When one character is attacked by a certain monster, those familiar with Dungeons & Dragons will already know what’s going to happen. For some, this will heighten the suspense, while for others it ruins one of the main surprises that builds suspense. Considering that the foe in question harkens back to first edition, this will be most readers. The book ends with a huge cliffhanger as the companions face the forces of nature and the power of death in all their wrath.
‍ 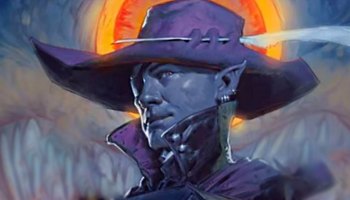 ‍
The book is great for newcomers to the series, as it’s fairly self-contained, and most of it focuses on just the four companions and their journey. Compared to the endless head hopping that Salvatore usually employs, taking third-person omniscient to its full grandeur, the point of view is tight and focused on the group. While some fantasy novels would feel less epic without taking a broad approach to the world, the new location is intriguing enough that it maintains interest.

The action scenes he’s known for are more limited in this book so that the focus can be on exploration, a welcome change. Likewise, two of the action scenes occur in the form of sports matches which make the new city come alive. These matches would normally be handled two ways by authors: as low risk, low suspense scenes, or as a fight to the death. Salvatore masterfully maintains tension instead by the failing health of one of the series’ main characters, whose life becomes tied to a sporting match in an intensely emotional experience, even though he's not a player.

Salvatore’s writing style is straightforward as normal, with extensive use of distancing language and a habit of stating the obvious, but this makes it accessible to all age levels. The scenes are wonderful, and the new city a fantastical escape. It reminds me that I read science fiction to think, and fantasy to smile. It's definitely worth checking out! Also check out his new audio novella, One-Eyed Jax, and his young adult book, The Color of Dragons, a Pre-Arthurian tale.

A few of Starlight Enclave's monster stats from 5e are available as follows (don’t click if you wish to avoid spoilers).
Enemy 1
Enemy 2
Enemy 3