Song of Kitaba by Mark Everglade - Overview and Excerpt 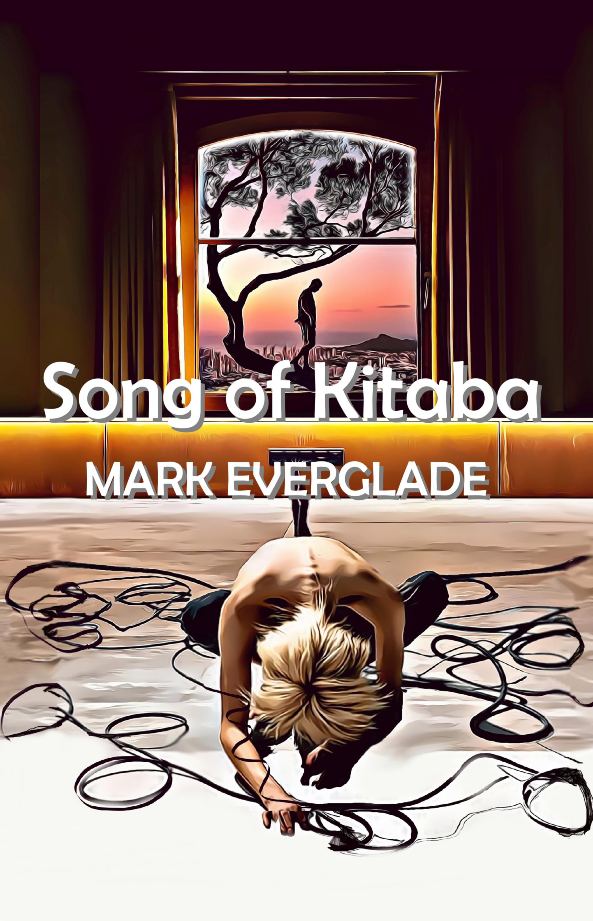 Intro:
‍
‍Song of Kitaba is a cyberpunk-themed science fiction novel traditionally published through All Things That Matter Press. It's written by Mark Everglade, whose stories are scheduled to be included in collections this year featuring cyberpunk legends such as Cory Doctorow, Walter Jon Williams, and Dr. Rudy Rucker. The book revolves around themes of government surveillance, human freedom, and the destruction that is sometimes necessary for creation to take place.

The writing's tone takes a departure from the typical gritty, noir cyberpunk tone in favor of a more sensitive approach that some people will label hopepunk for its optimism. Take a look at the excerpt at the bottom of the page and this spoiler-free overview.

"What we call tradition is a blindspot to the diversity of opinion that dominated yesteryear."‍‍‍

Premise:
‍
What if the world knew your deepest secrets? What if the government had a monopoly on your thoughts? In the City of Catonis, everything you think is written across giant screens for public scrutiny, and revolution can only be cloaked with meditation. Things are the opposite in the Hollow Forest, where people are executed for writing, and ink is rationed for only the tribal council’s use. When the love of her life is killed, Kitaba Mahahara must leave her village and launch a cultural war for human freedom, but she’ll need help.

Cybermonks, hactivists, and tech gurus will unite as tradition runs face to face with the oppression that passes for progress. Two civilizations, one without self-expression, and one forced to reveal everything, will pave a new way for humanity, if they don’t destroy it first.
‍‍‍‍‍ 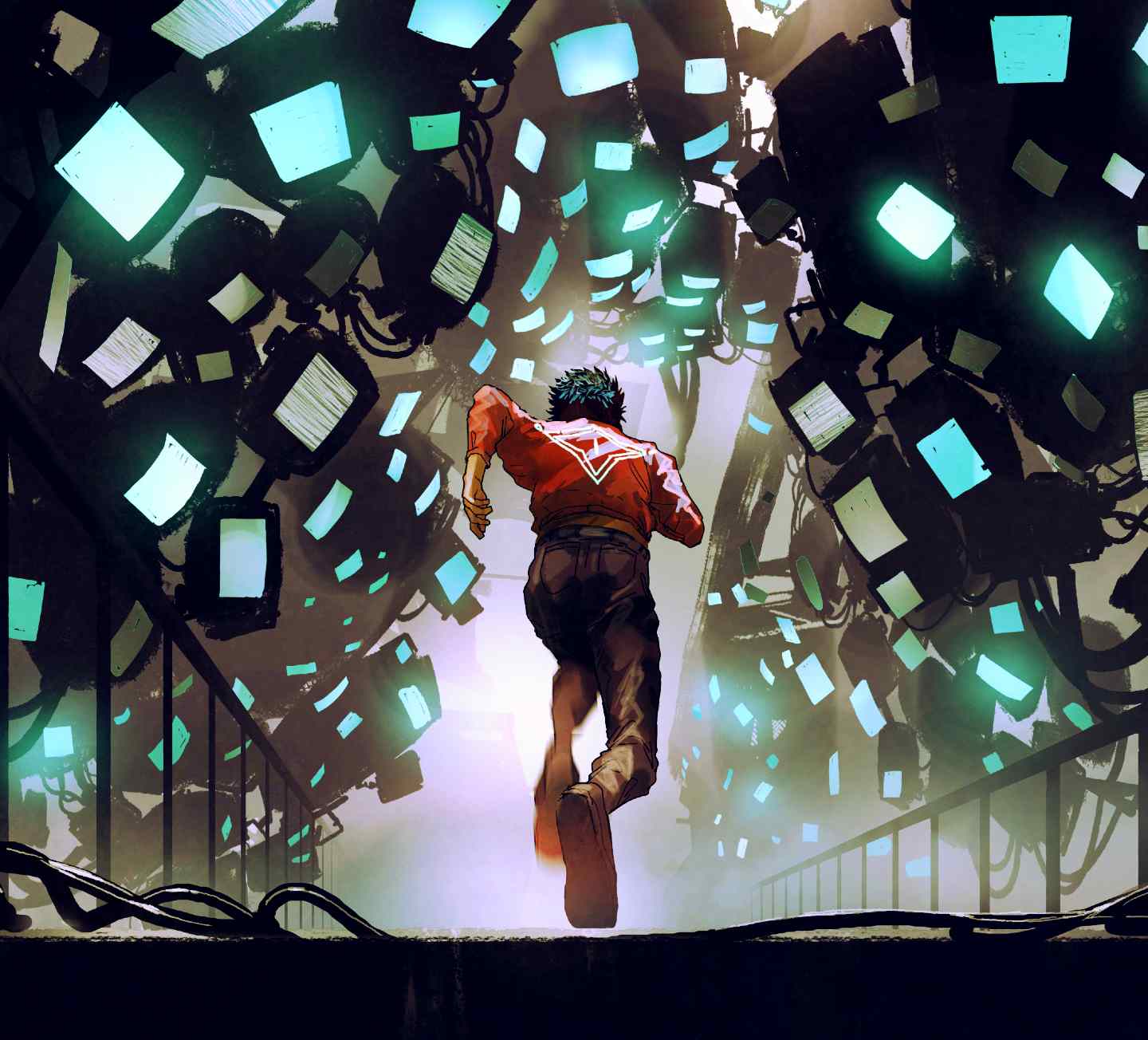 Screens extended a hundred stories above Kitaba, shooting across every level of every building, everywhere but the windows, which stared outward like omniscient eyes. Turning the corner, there were no longer roads beneath her feet, at least not in the traditional sense. The asphalt was coated with a hard, translucent layer where endless streams of thought traveled, matching the flow of traffic as if they belonged to the drivers. Thoughts ran around steam vents and lined doorframes. They overlapped, leapt over, slid beneath, whimpered, combined, cloned, clashed, and bred with one another. A man came out to read what might have been his neighbor’s thoughts in a small mailbox that was nothing but a screen on a stick. A woman jogged by wearing a thin, flexible screen, her thoughts running across it. Nothing was hidden, yet it was distrust, not trust, in the air.

‍The villagers were right; this place isn’t natural, she thought.

~~~~~
‍
Enforcers were in pursuit! Liran accelerated, the hoverbike whipping their bodies back and forth. They descended a subway stairwell as people skirted and the whirling echoed through the tunnels. He jumped the bike over the ticket counters.

The hoverbike roared through the subway tunnel, its white light a cyclops eye that pierced the darkness. Lights around the bend, a counter-roar, and it was much louder than their bike.

The train was about to hit! Kitaba gripped the seat and readied for the impact. The bike rode up the curved tunnel wall just in time and clung upside-down to the ceiling just high enough to avoid the train. The wind pushed her skin back as it passed. Her heartbeat thumped like a bass drum.

Ciro's fingers were buried deep in her back, something she might like under different circumstances, but not fifteen feet underground in a near-dark tunnel. She scanned the walls, mind going in circles looking for a way out, but nothing but the tunnel stretching into infinity The craft sputtered, stopped, and hovered high enough to exit the platform, and the underground.

"That was killer back there, dudes," Liran said. "Gave it to the man.,"

"It only made it worse," Kitaba sighed.

Song of Kitaba has opened to strong, positive commentary,
‍
"Your ideas and the general premise are interesting with clear social justice orientation, and broad implications for these extraordinary times; and it's all filled with fascinating action. I'm reminded of Ursula Le Guin and occasionally Margaret Atwood."
-Dr. Phil Smith, Editor at Autonomous Press, commenting on an early version.
‍
Purchase on Amazon here! Also included in your Kindle Unlimited subscription.