Rise of the Liberators - Review & Interview with Ryan Hyatt 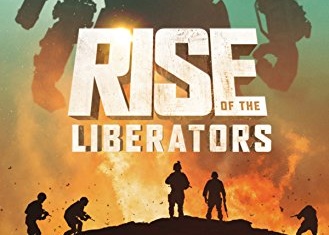 Introduction and Plot:
‍
Rise of the Liberators (Terrafide book one) is a science fiction military-mech novel by Ryan Hyatt. It follows Ray Gun, as his sobriquet goes, a veteran trying to make ends meet for his wife and child. That’s important since they’re impoverished and his colorblind daughter can only see the dystopian world in shades of grey and not as the radiant spectacle it was. Poverty places a heavy weight on their lives and Ray must learn that even if he leaves the family to provide an income for them, he is still only relevant to them as he makes himself present in their lives.

Their family’s poverty was a slow, sordid, inevitable pit that dragged down everyone and everything with it. There was no hiding from the wear and tear caused as it consumed their lives.

When no one hires Ray for even remedial jobs, despite his overqualifications, the Colonel offers him a chance to pilot the Liberator, a three-hundred-foot-tall Metal-Gear-like mech. He takes the opportunity in exchange for the promise of a desk job after his combat tenure has been completed. Later, the story also takes the perspective of a man named Chuck Shaw and his marketing quest to hit $10 million in sales for the second part, where augmented reality and stolen personal data take center stage, before returning to Ray.

In the background, the U.S. is fighting to maintain control over oil production in the Middle East with smaller nations caught in a proxy war between the U.S. and Russia. The story is told with the narrator having a distant viewpoint, blending historical political essays into the character’s thoughts in a way that grounds the book in realism. The book was written in 2017, so anything referenced after that point is prophetic, such as the anticipated rise of an international currency called the id, or international dollar, a reference to the base impulses that rule the crumbled society.

It was strange to the Marine captain how, in the course of his short lifetime, the notion of American national security had become synonymous with foreign entanglements that tended to cause only further international insecurity.

Some of the best descriptions are of how the Liberators work when they’re doing things such as telepathically connecting to their pilots. Ray’s Liberator is called Mama’s Boy.

Ray was to enter Mama’s Boy wearing a sensor-filled body suit, gloves, and helmet, and he was to control it using physical motions, gestures, voice commands…optic threads crisscrossed arms, legs, and chest, forming a neural relay network that extended beyond the pilot’s nervous system and anticipated communication between man and machine.”

Hyatt avoids stereotyping Ray as a disgruntled veteran and emphasizes that veterans are a diverse group of people with diverse viewpoints,

…not every military man you meet is some mindless meathead…(with) an intention to sell out our country and blindly follow our government. We have faith that our leaders are making the right decisions, but even if they aren’t, we still have a job to do. Most of us go along with our orders not because we’re automatons, but because there is something dearer to us than all the money and oil and flags and hate in this world…we do it for the ones we love.

Mark: How does making Ray a veteran who is returning to military assignment make him more palatable to more conservative readers when he criticizes the U.S. military in his essayed thoughts? In what ways might a reader be more receptive to these ideas based on his tenure?

Ryan: Ray Salvatore’s character is a throwback to classic conservatives and the people I was surrounded by growing up. They were people like my grandfather, Arthur Hyatt, who fought at Normandy and was a decorated World War II and Korean War hero, who believed in family and taking care of themselves and their loved ones. At the same time, they were tolerant of others unlike them and had a hands-off view when it comes to government. For decades, these people—who understood the value of science, education, hard work, and personal responsibility—were the bulwark of the American GOP.

Unfortunately, these socially liberal and fiscally conservative ‘moderate’ Republicans, once a large voice within the GOP, have been marginalized and/or radicalized due to the loud-mouth marriage that has taken place in recent years between Fox News, the sky daddy cult of evangelical Christianity, and the alternate-reality, gun-toting, anti-fact-finding MAGA wing of the Republican party. All of this, of course, is very much to the detriment of American politics, national discourse, and society at large.

So, in many ways, Ray Salvatore is my olive branch, and wake up call, to the modern conservative crusade. He is a character whose military background is regarded by many as a badge of honor, and yet his education, tolerance, and awareness of his and his government’s wrongdoings make him a more credible, complex, and empathetic figure, I hope, than the unlovable stereotype of a patriot who is ‘just following orders.’

If Arthur Hyatt were alive today, he probably would be appalled by the state of the country and the Republican party and call it for what it is: a sinking ship that threatens to drag the whole nation down with it. In the spirit of President Dwight D. Eisenhower, who my grandfather served under in World War II and voted for during the 1950s, he would have heeded the Commander-in-Chief’s warning in his farewell address that we must be wary of the military-industrial complex, and he would further acknowledge the truth about climate change and realize that is the responsibility, at least in this case, for ‘big’ government to turn our economy off big oil and address this massive problem that has become more widespread and apparent in this lifetime.

Likewise, I tried to fuse Ray with all the love and complexity I feel for my country as well as the people who I believe still need to read Ray’s story and hear this message. Besides, Ray kicks a lot of ass in the novel, and who doesn’t love a badass?

Mark: The title of your series is Terrafide, meaning land of faith, but also an ingenious play on the word terrified. In the book it states that believing one religion is right over others, and that those who believe differently are one’s enemies, is a form of nihilism. Opponents of religious pluralism, which respects every belief equally, say that if all beliefs are equal that they must have no meaning behind them, which is also nihilism. How can people best balance, then, having a healthy respect for other beliefs while adhering to their own truth?
‍
Ryan: I think a great test to determine the health of one’s beliefs in relation to others’ beliefs is to see how much one is able to engage others in arguments and/or discussions using common language of the debate and that at least demonstrates one’s ability to understand and articulate the opposing point of view.

For example, in light of the Supreme Court’s decision to overturn Roe vs. Wade, I posted a meme on Facebook that said, “I spoke to God today, and he gave me a message to pass on to the Supreme Court,” and a picture that shows the benevolent, white-haired Lord gazing down from heaven and the message, “YOU’RE AN ASSHOLE.”

The idea, of course, is that many Christians assume they are doing God’s work by pushing their interpretation of His beliefs about the preservation of unborn children onto others, when in fact it’s easy for anyone to claim to be in touch with such a God and execute His will.

Finally, if there happened to be an anthropomorphic, ‘personal’ God such as the ones Christians imagine, He may not be impressed with the Supreme Court’s decision, nor its lack of consideration for women and the challenging circumstances and choices their pregnancies force them to make.

In reviewing the comments, it’s strange to see how some Christians who were offended by my post argue their points using references from the Bible itself, as if that book and its contents are deemed true and valuable to anyone besides Christians. I would say a healthier approach to beliefs, in this case, would be for a ‘pro-life’ person to argue with people who are ‘pro-choice’ by pulling source material from non-religious ether—like science, the law, or philosophy—and that is not grounded in the very book their opponents deride as false, except maybe to prove a point that such brand of theists is brainwashed.

Mark: You mention a book on eco socialism called Tierra Firma.  How might it be possible, if at all, for capitalism to coexist with supporting an ecologically conscious society?

Ryan: Part of the reason I love science fiction is that it presents an opportunity to experiment with big ideas and imagine where they might go. In reality, the only way we’re going to have any significant impact on the climate crisis is through a massive overhaul of our energy policy, development, and population growth. Properly addressing the destruction of our environment will require unseen levels of cooperation between the government and private sector that we have only come close to witnessing in this country’s history very briefly during war time.

Preventing the demise of our species and destruction of Earth will demand a top-down re-evaluation of our system that includes: global, national and local environmental and economic goals; experimental approaches in distributing power; novel new ways to govern this country, motivate people, and organize efforts based, in part, on new kinds of progressive taxation and subsidies; an unprecedented era of public-private partnerships that ensures the best systems are put in place throughout society to combat climate; and all of this must be conducted in a way that quickly proves to have a positive impact on the health and wealth of this nation.

It is a huge, daunting, and unparalleled task, especially for a country that was founded on a revolt against ‘tyranny’ and a people who are distrustful of authority and treat individualism itself like it’s some kind of God, to be asked to come together and martial their resources for the betterment of themselves and their world.

It sounds like a lot could go wrong, and also a great premise for a potentially wild sci-fi series! Luckily, my Terrafide books do explore some of the conditions and systems I believe must be met for such feats of national daring-do to be achieved, and there is a great reason and motivator why the perspectives provided in the novels are worth considering: if we fail to aim honestly and with integrity and purpose toward utopia at this stage in our history, a hellish dystopia definitely awaits us and our planet. Unfortunately, capitalism, as it is currently managed, has put us into a dramatic pickle, and the stakes could never be greater.

Mark: In a discussion between two soldiers I quote, “You’ve been acting like you’re an ambassador of goodwill, when in fact you’re a conqueror of ill will who will soon kick a country to the ground that is already pathetic and weak.” Can you please describe the difference between conquering evil and doing good for the audience? 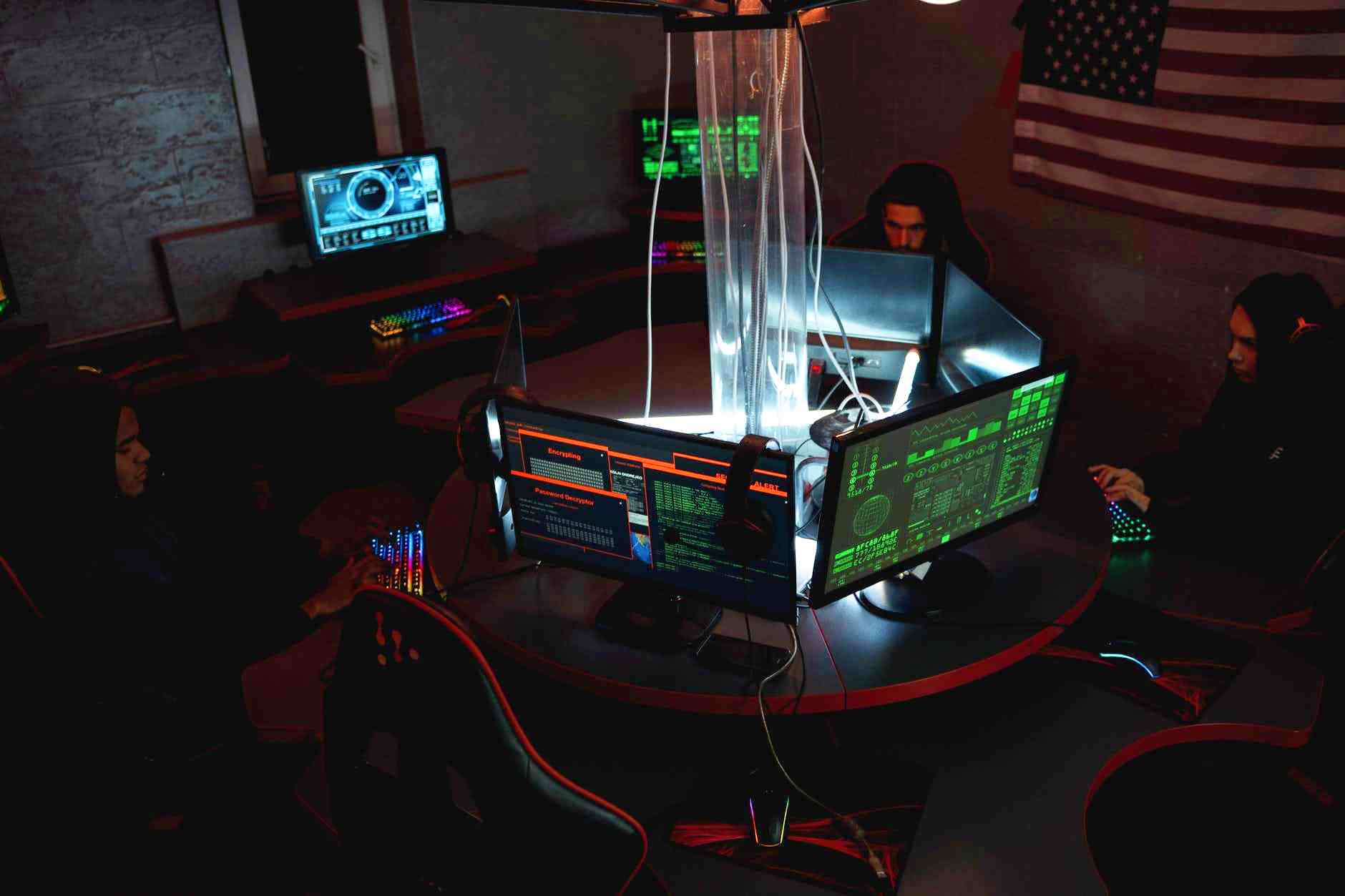 Rise of the Liberators is a good book that people who like realistic, political thrillers with a touch of mech action will like. Hyatt’s establishing Ray both within his family and within a historical political context provides solid grounding. With the military culture and mechs it reminded me of cyberpunk author Mark Harritt’s Earth Exiles.

‍Rise of the Liberators is available to purchase here. 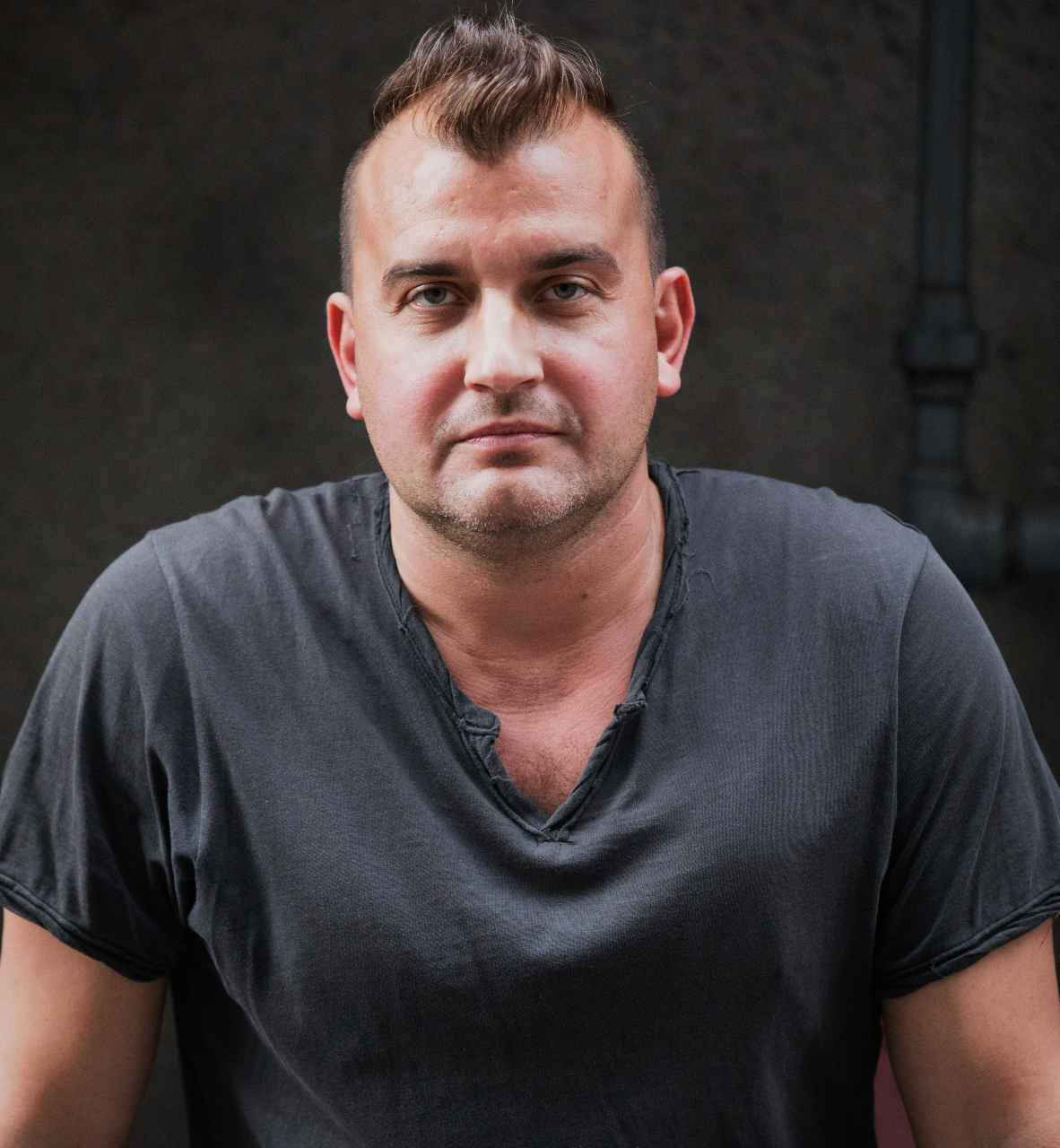