The World of Null-A by A.E. van Vogt - Review 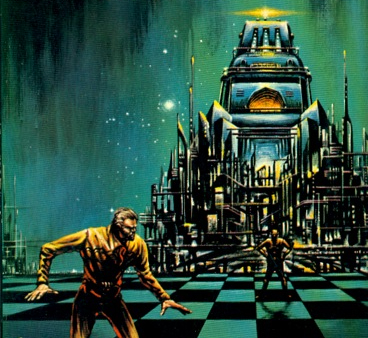 “There was a curious psychological law that protected men with purposes from those who had none…”
- A.E. van Vogt
‍
(All images used with fair use from van Vogt's bookcovers) 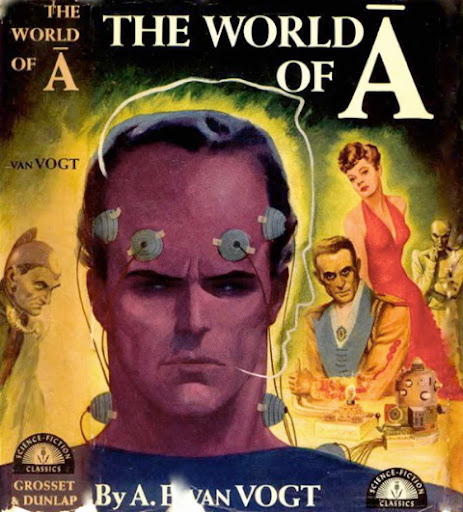 Intro:
‍A.E. van Vogt was a science fiction author who was born in 1912 and died in 2000. He is recognized as the 14th Grand Master of science fiction, inspiring Philip K. Dick and a host of other authors. The World of Null-A was written in 1942, and published in ’45 and ’48. Spoilers ahead as we explore this proto cyberpunk novel.

Story:
‍
The story follows Gilbert Gosseyn, who suffers from amnesia. He’s an intensely rational man with limited emotional expression. Even when his wife is seen with another man, and later dies, his obsession with understanding the events overrides his feelings.
‍
Venus is going to be attacked by Earth and a warning has to get out to the right people. Gosseyn and his clones are the unfortunate messengers.

This was the way a race bound to its own sun and planets would be subjugated. Mysterious agents, meaningless actions, infiltration…Killing convinces people like nothing else (as to the reality of our situation). ‍

Gosseyn has an extra brain that was implanted, as he was designed to be used as a pawn in the game of war. His mind can be cloned and transferred between bodies, and at one point he’s asked if he would kill himself for an upgrade. This invokes an interesting dilemma, where to advance his interests he has to question how deeply he believes in his future incarnations. The description of cloning is based on the physics ideas of the n-body and three-body problems that became the basis of the modern novel, The Three-Body Problem. When two bodies in space are almost identical, nature fills the gap between them. narrative exists in that gap between each iteration of Gosseyn, leading to a disjointed novel.

Throughout the story, Gosseyn meets various politicians, typically constraining them for interrogation or running for his life from them, only to be driven right back to their conspiracies. The story focuses on these social interactions within the context of an inter-planetary war that’s about to break out, a war caused by different cultures failing to integrate their animalistic instincts with their intellectual mindsets, a play on the book's driving conflict: reason versus nature.

As you must know…the only difference been extinguishing life in twenty human nervous systems and twenty million is the effect on the emotions of the survivors. Good propaganda should take care of that.”
‍ 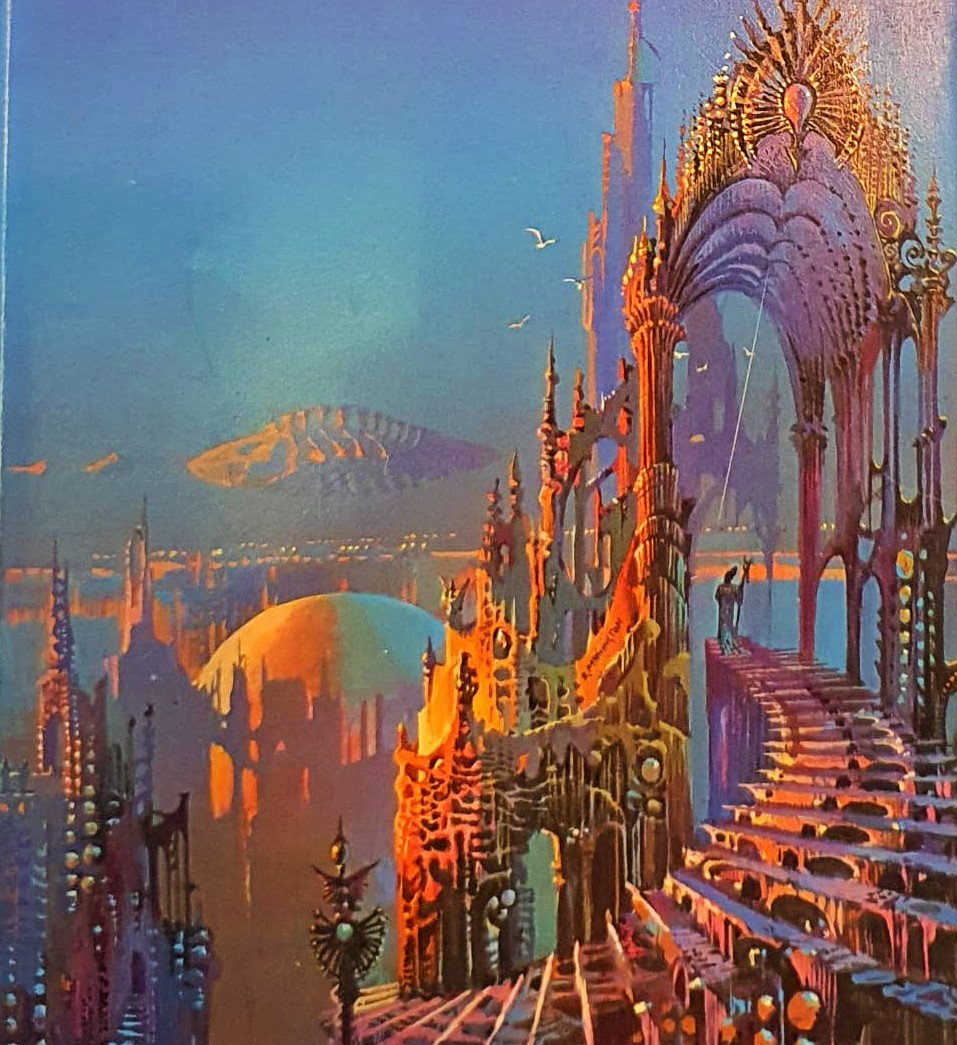 Cyberpunk Influence:
‍
It’s easy to see the influence on Philip K. Dick. The book is far ahead of its time, both in philosophy and technology. Corrupt enforcers shoot tasers, while armed sentries and drones adorn the streets. Brain implants operate in the form of organic super computers. AI controls planes and robocars. An intelligent, self-repairing machine runs a city and directs its robots. Pills mitigate others’ ability to control one’s reality. Images are sent over the internet (visual connections as he calls them). Clones, artificial limbs, nihilist factions, and a philosophy so counterculture it threatens the government of entire planets adorn the pages. Any one of these ideas is remarkable to see detailed during this time period, but there’s the host of cyberpunk’s tropes in a single text predating the sub-genre by decades!

Factions:
‍
Two conflicting factions dominate: A, and Null-A. The A stands for Aristotelian, after Aristotle. The A faction is utilitarian, willing to sacrifice anything for the greater good. They forego morality to reach their goals, so they are a formidable material force, though lack any spiritual convictions. They believe in essence, self, and the science to make the impossible possible.

The Null-A are the opposite. They adapt and improvise. They’re fluid. Their societies aren’t ordered and planned, but instead, people take on jobs as they’re needed. This is the dominant philosophy on Venus: everyone is equal, thus no one is special. Null-A prevents one from being manipulated by science. It is deconstructive semantics, postmodern at its core, and as the book says, a dialogue between the signal and the signified. Vogt goes on to write, Null-A is the story of man’s fight to train his brain to distinguish between similar yet different object-events in space-time. They oppose the A version of history. In the end, their primitive clubs win out over the best weapons science can offer, which is interesting considering that another one of his books has a character who famously states, The right to own weapons is the right to be free, when here, sophisticated weaponry isn’t necessary.
‍
The Game Machine:

A machine runs the city where Gosseyn begins his journey. Although based on science, it’s sympathetic to Null-A, and it assists Gosseyn in protecting Venus from war. The machine regulates various games to undercover the degree of Null-A training a person has undergone, but this is in no way clear from a book that, at its start, has you thinking it’s Squid Games. The machine also conducts small-scale news feeds, though a distorter devices regulates its inhibition on what it reveals.

The machine follows rules on general semantics, though it’s implied it deconstructs language to form its sympathy with Null-A, showing the conquering of science by speech analysis. In real life, the forties were a time period when functionalists and behaviorists were dominating social science, showing little regard for language. Though George Herbert Mead and others were starting to examine language, Chomsky was still completing his bachelor’s when this book was written, so this idea was well ahead of its time. Meanwhile, society was being primed for a scientific skepticism through the natural sciences' revelations regarding uncertainty, relativity, and the threat that science could pose in the wrong hands.

What was intelligent life but the sensitive awareness of a nervous system with a memory of experiences?

It was human to be proud of physical or mental attributes that had come by chance.

…He placed a hand on the plastic cage that supported X’s middle: The fleshless smoothness of it made him jerk his hand away in abrupt repulsion. It was hard to think of the fellow as human.

‍
Van Vogt wrote in chunks of 500 – 800 words and it shows, as his chapters are fast-paced, short, and end with cliffhangers. However, the book is confusing. As other critics have noted, he fails to set scenes with proper visualization, and jumps between events too quick to keep up with without a transition or scene break to guide the reader. The overly complex plot becomes lost in chaotic ambiguity, intentional or not. At some point, the convergence of multiple interpretations of reality is just too jarring to follow, even while making extensive notes, and the huge ideas he’s known for fall prey to a writing style that, while good, cannot drive the plot in a sensible manner.

The contradictions do give a surreal quality to it all, and Van Vogt has stated he consulted his unconscious to write, often finding answers to plot holes while awaking from a dream (Platt, 1980). As an early example of postmodernism it shines, but the question is, was it intended to be viewed in this manner, or was this just a plot that got over the author’s head? I think it’s a bit of both, but then, when were visionaries ever viewed as sensible? That’s their spark!