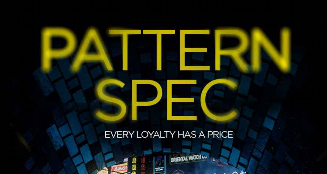 "If the entire human race has been made superfluous in ten years, where do you think we will be in another ten?"
‍
-Jim Keen (book excerpt spoken through character)
All images on page belong to Jim Keen 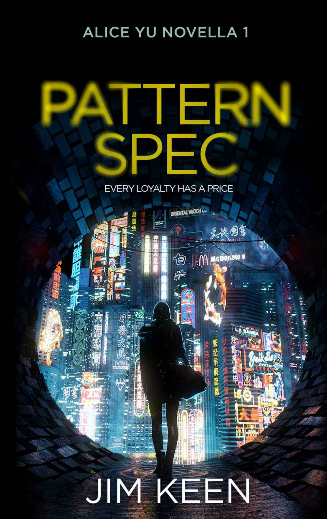 Pattern Spec is an action-packed cyberpunk novella that takes place in N.Y. The near future holds camouflaging tattoos, SMART suits with smartass attitudes, and a mixture of both classic and new weaponry. It’s a world where cyborgs are manipulated by threatening to revoke their warranties. The novella, the first in a series, provides a good introduction to Keen’s writing style. It’s available free through his website.

Alice Yu and Mike are cops who occasionally do corrupt things like guarding drug shipments on the side for extra income, though Mike’s motivation isn’t to use this side income for illicit purposes, but merely to pay a loved one’s medical bills. It’s a dangerous occupation – even for cops who play by the rules one third won’t live to see their second year of employment. When they arrest a strange person, they’re sent on a struggle to survive.

One can tell that Keen is an architect from words like “dihedral” to his descriptions, which make for believable imagery throughout,

The first Blade Tower was ten years old. Its mile-high composite truss was encrusted with bulbous glass habitats housing forests and oceans, interspersed with exclusive compounds for the one percent. The skyline was full of those towers now, a forest of mutated carbon trees that spiraled and twisted upward to disappear into the steel-gray clouds.

The writing is effective and immersive,

…Then an electric blue aurora lit the weapon’s edges. The air filled with a building static charge; goosebumps crested over her body as the hair on her arms prickled and stood up. She tasted metal and blood, then the missile delivered its electromagnetic pulse with the crack of distant thunder.

And some nice personification for good measure,

The sun’s pale fire struggled to light the oppressive gray geometries that drifted past. but in the encroaching gloom she could pick out the blue-white actinic flare of electrical suppression systems, and the guttering orange flames from burning cars.

Illustration of Hopper by Jim Keen, who reserves usage rights: 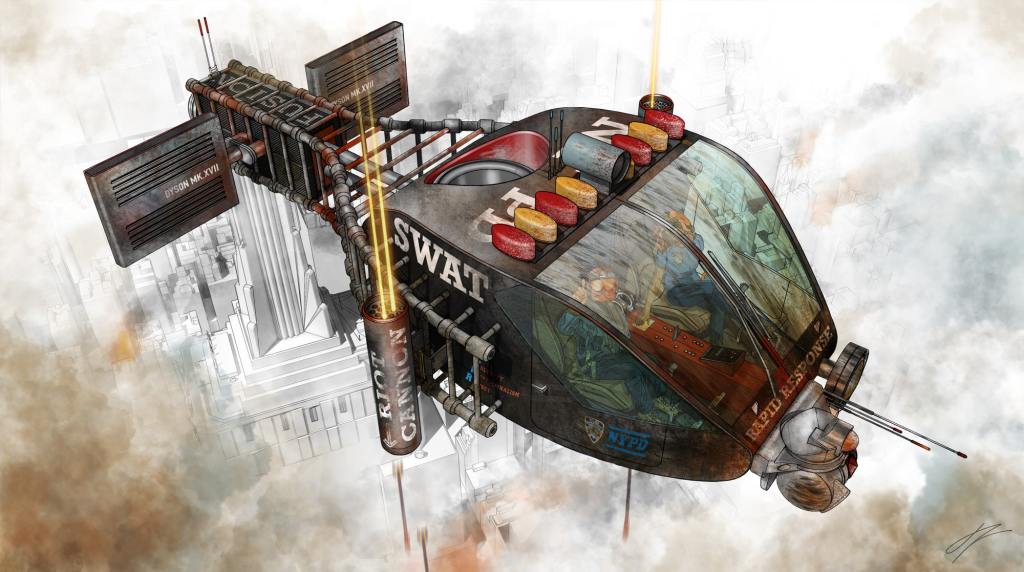 It’s no secret that I love metaphor, and to those who don’t, I don’t think they realize how often we use it in our daily speech. The following phrase is hypothetical and does not occur in Keen, nor anyone else’s book, but take a look at this example:

--She vanished into thin air within the city’s melting pot of cultures. Not chasing her would keep him high and dry but he was boiling mad, and since profits were falling, started to reconsider, then shot down that idea, consumed by what lied behind cloudy memories. He approached the fork in the road throwing all caution to the wind and ready to uncover her deep dark secrets, lest he be a scapegoat.--

The paragraph is easy to read, but contains 15 metaphors, more than the average poem! Some metaphors become so common they no longer register in the brain as metaphors and lose their impact, which can increase readability, but also reduce writing to cliché. Keen avoids that and delivers with metaphors that fit the tone and add to the descriptions nicely,

Jets built into the Hopper’s skin fired with a titanic series of bangs, followed by a crackling hiss like damp fireworks igniting.

The purple flash of a rocket launch broke her sleep, the exhaust a vivid star that streaked across the scratched glass. A man-sized pocket of space flickered like a corrupted video: bands of pixilated colors and distorted background images flashed on and off.

Remicca’s skin grew pinpricks of light as if it were a map of the night sky. The twinkling white lights spun and spiraled like fireflies until they coalesced into a series of Japanese symbols across the top of his chest. The letters faded, to be replaced by a sequence of slick corporate logos that glowed in the middle of his forehead.

Plus bonus points for using my favorite word, coalesce.

Half way through we understand how the dystopia was created. Machine intelligence led to vast unemployment impacting tax revenue and the governments couldn’t sustain themselves. Organized crime filled the void in their services. Meanwhile, Moore’s Law benefited A.I.s who could do a month’s worth of thought processing in the time period it took a human to even ask a single question, as Keen writes (paraphrased). Mike’s perspective on this is “All you’ve done is make the world better for the people who already had it too good.”

Characterization and Themes:
‍
Both Alice and Mike’s personalities are somewhat flat. While both are cops, (normally lawful good), their “off the books” illicit activities state that, despite their good intentions, their obsession with order is imperfect. Those rogue-like personality traits don't quite surface, though they form the basis for the cyberpunk antihero which could emerge in future books.

The sentient suit provides some comic relief, “You want me to use the last two percent of my battery to find them? Well, I won’t do it, I won’t. I enjoy being powered down as much as you enjoy getting knocked out.”

Granted, with all the action there isn’t a slice of life scene for the personality to manifest fully. We do know that Alice grew up homeless, joined the military after being seduced by its tech and skills training, and spent some time on Mars, but we only get a hint at what life was like on Mars for her, and why she struggles to piece it together. Keen expands on Alice’s character further in subsequent works, and one can tell in the final scene when Alice displays heartache and compassion after killing someone who was going to kill her, an unlikely response for anyone let alone a hardened cop, that her character is deeper than one novella alone can capture. The characterization is on par with the expectation of the thriller formula, however, and Alice becomes richer when taken within the context of the full series.

During that section, one of the book’s themes emerges as well – the idea that for those who have no family, armed forces provides a family, but families based on occupations rather than blood are easier to dissolve, especially when gangs abound offering their own competing cohorts. The secondary theme is probably assimilating to change without becoming a Luddite, but the book centers on its action first and foremost.

‍The exposition works well, but falls short in one section. When the antagonist is revealed, Alice is surprised, but the reader is not, having no previous foreshadowing of this character’s existence. Immediately, the exposition follows, showing the connection of Alice to the antagonist, but what could have been a surprise for the reader ends up a surprise for only Alice. A minor issue that doesn’t impact the reader’s enjoyment, but a missed opportunity for the author.

Pattern Spec accomplishes a lot for being so short, and the tech’s way cool. It’s a straightforward, police-centered cyberpunk action novella that at times reminded me of These Mean Streets, Darkly by Austin Dragon for its atmosphere, positive characters, and accessibility. It’s also impeccably edited. Nice read and a worthy investment of time that leaves one thirsty for more! Check it out on his website.

Jim Keen is an award-winning architect and graphic designer who has lived and worked in London, Sydney, and where he currently resides with his family in New York. If you’ve been to San Fran or Jersey you’ve probably seen some of the beautiful iconic buildings he’s designed. For more information on his life and why he writes check out his about the author page on his website. 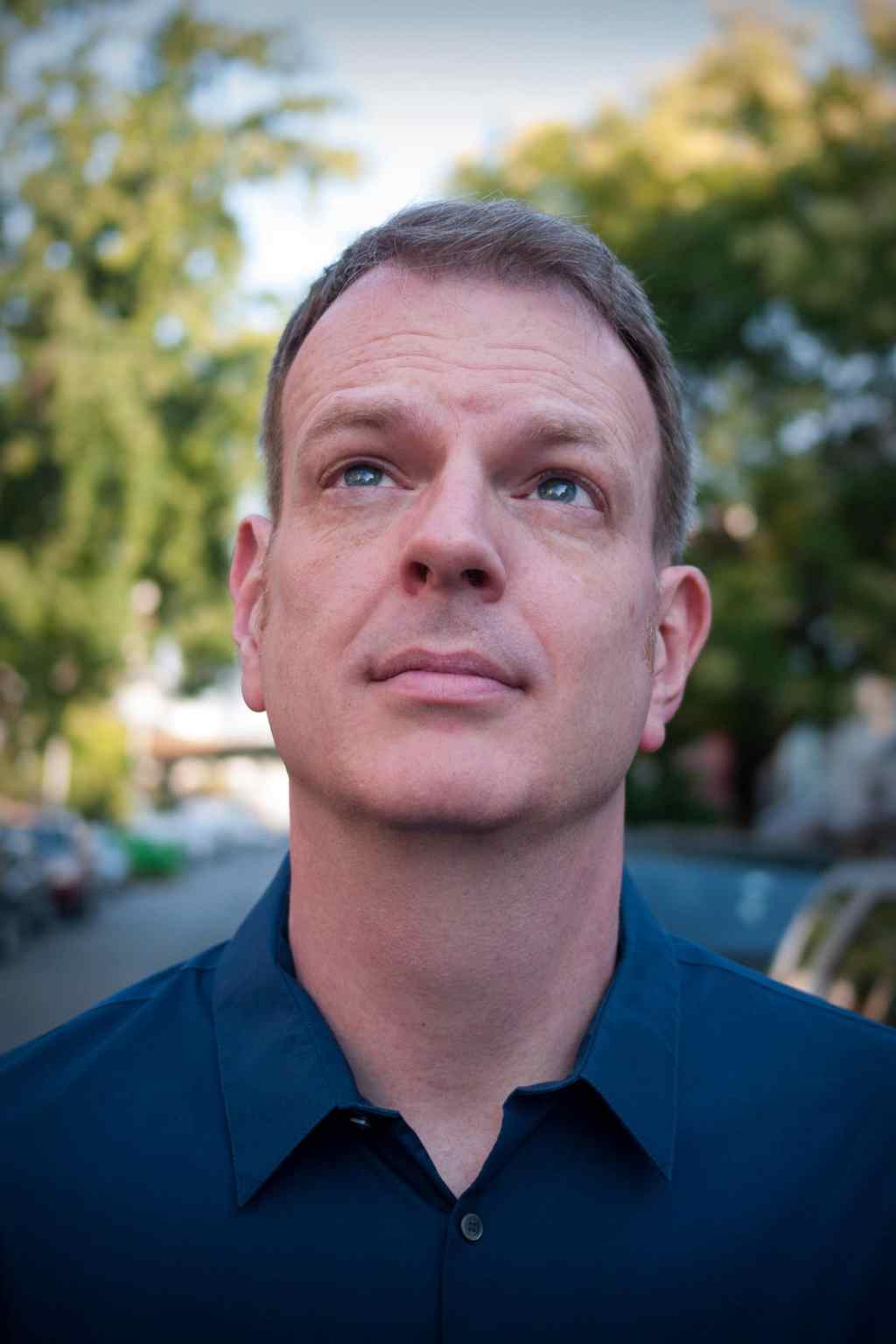