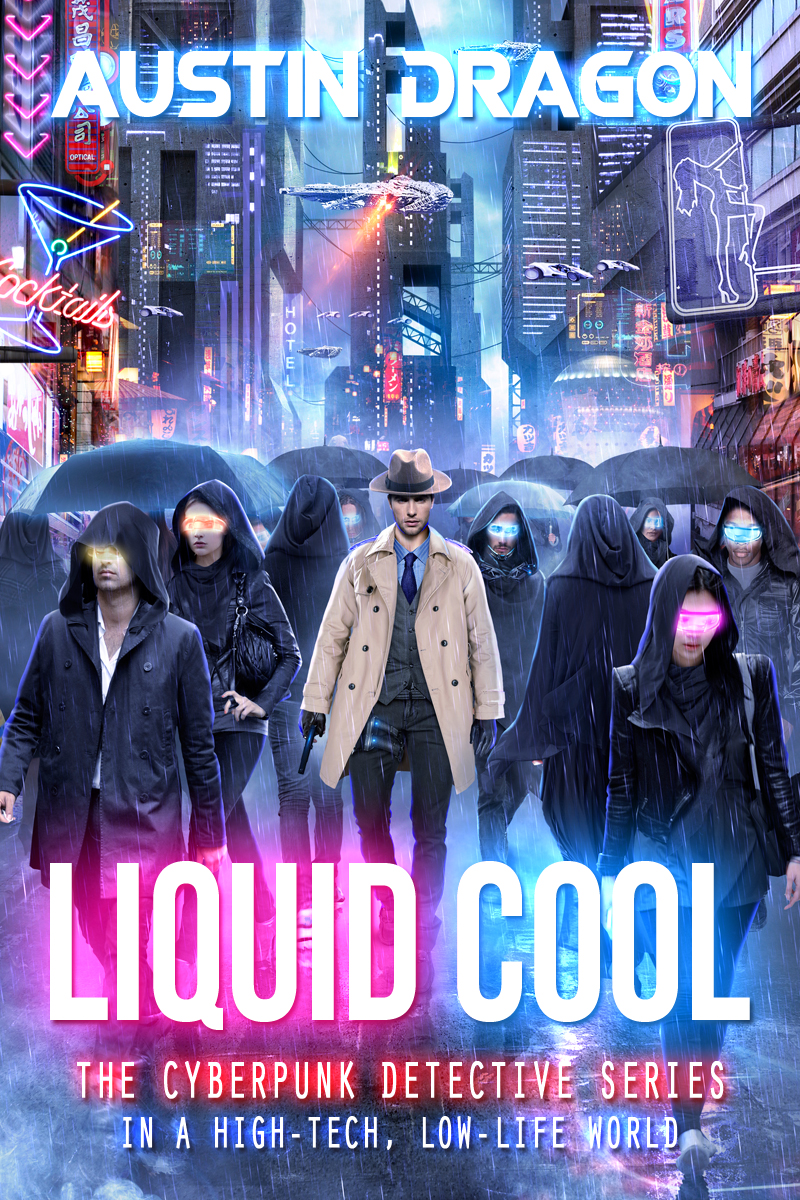 Austin Dragon is the author of over 20 books, including a dozen novels in the cyberpunk series Liquid Cool, and a variety of fantasy and horror novels. Originally from New York, he now resides in L.A. Not only does he support the writing community, he also has a history of supporting the community as a whole, having both a history of military service, and a background as an English teacher. He has recently released Quest Master and the Forest of Ancients, part of his fantasy series.

I met Austin during my book launch party, and had a discussion with him about his career, which is paraphrased from my memory and excerpted below.

Mark: When you write fantasy, your creatures are really imaginative. Where do you source your ideas from?

Austin: The world’s cultures are very rich in mythology, and this really inspires me. Of course we all love Tolkien; Lord of the Rings got me into fantasy as a child, but I want to go beyond that. When you look at China and Africa, for instance, there’s so many great historical tales you can draw on that other authors aren’t paying as much attention to. I always thought that's something that's missing in lots of fantasy series is the variety of creatures, even though they've always existed in world history. Many people don't realize how much of the world's historical fantasy you never see.

Mark: Agreed. The mythology of Africa is rich indeed, such as the Anansi tales of Ghana. So you go beyond just dragons in your fantasy.

Austin: Absolutely, in fact, I never write dragons. It’s one of my rules, despite my name.

Mark: And so is it hard to write both fantasy and sci-fi? Do you keep them separate?

Austin: Well there's a fair degree of separation overall. I enjoy both sides, but looking back, I really started writing fantasy due to my readers' demand -- they kept asking for a fantasy novel, and here we are many books later.

Mark: Now on the cyberpunk side, we have These Mean Streets, Darkly, the prequel to the first Liquid Cool, followed by books such as Neurodancer and Bladegunner. Tell me about your titles; are they an homage?

Austin: Yes, they’re a tribute to my influences, but it also reflects the more casual nature of the Liquid Cool series, a sort of humor, compared to my earlier work with the After Eden series which was more serious.

Mark: How do you write; what is your process?"

Austin: It's all visual and I see the whole thing and it's just a matter of putting it on the page. After I outline it I become a reader as I write -- I see the process playing out from the reader's perspective at the same time, and the story really takes off. Sometimes the characters are aspects of myself, but many times they have nothing to do with me, because I'm just a very observant person, due to being in the military and such.

Mark: Did living in Paris influence any of your characters?

Austin: Yes, one of my android characters is actually French, based on my experience there.

Mark: With this huge career behind you, what will you focus on next?

Austin: A serious cyberpunk book that takes a close examination of current events at a critical time.

Mark: Thank you for your time!