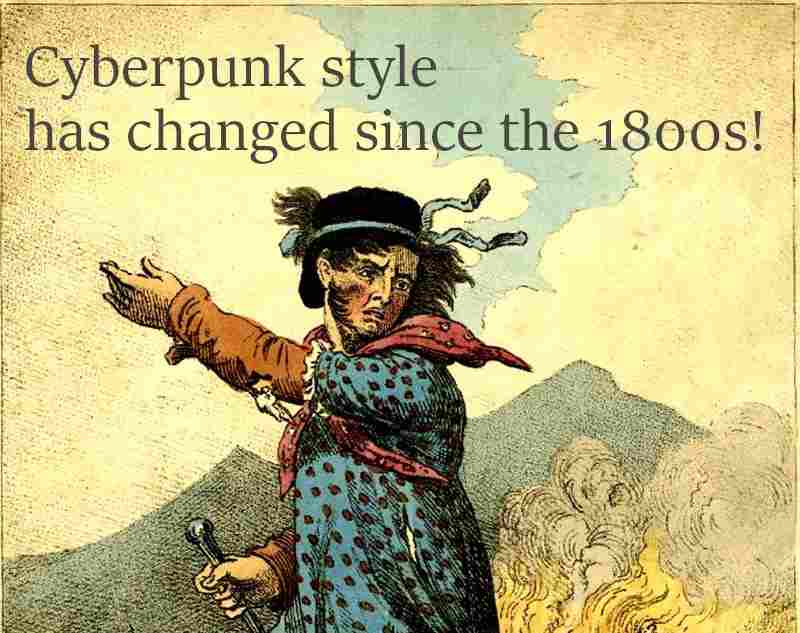 "Was this wannabe Robin Hood
the first cyberpunk?"

Who was the first cyberpunk?

There’s been many historical clashes between people and machines. One of the most famous is the story of the Luddites in early 19th century England, after activist Ned Ludd. The Luddites were afraid that because of their efficiency, machines would start stealing their jobs. For five years they went around and destroyed factory machines. The machines weren't the real target, however, it was their employers who were exploiting them for low wages.

The English government took a majority of their troops that were fighting Napoleon to fight the luddites instead. They also responded with laws that brought the death penalty to people who destroyed machines -- note that this was harsher than the penalty for killing a human being. You could kill a person, maybe go to jail for a few years, but they'd hang you for busting a machine. While the story’s true, Ned Ludd himself may have been made up. He reputedly lived in Sherwood Forest.

Was this wannabe Robin Hood the first cyberpunk?