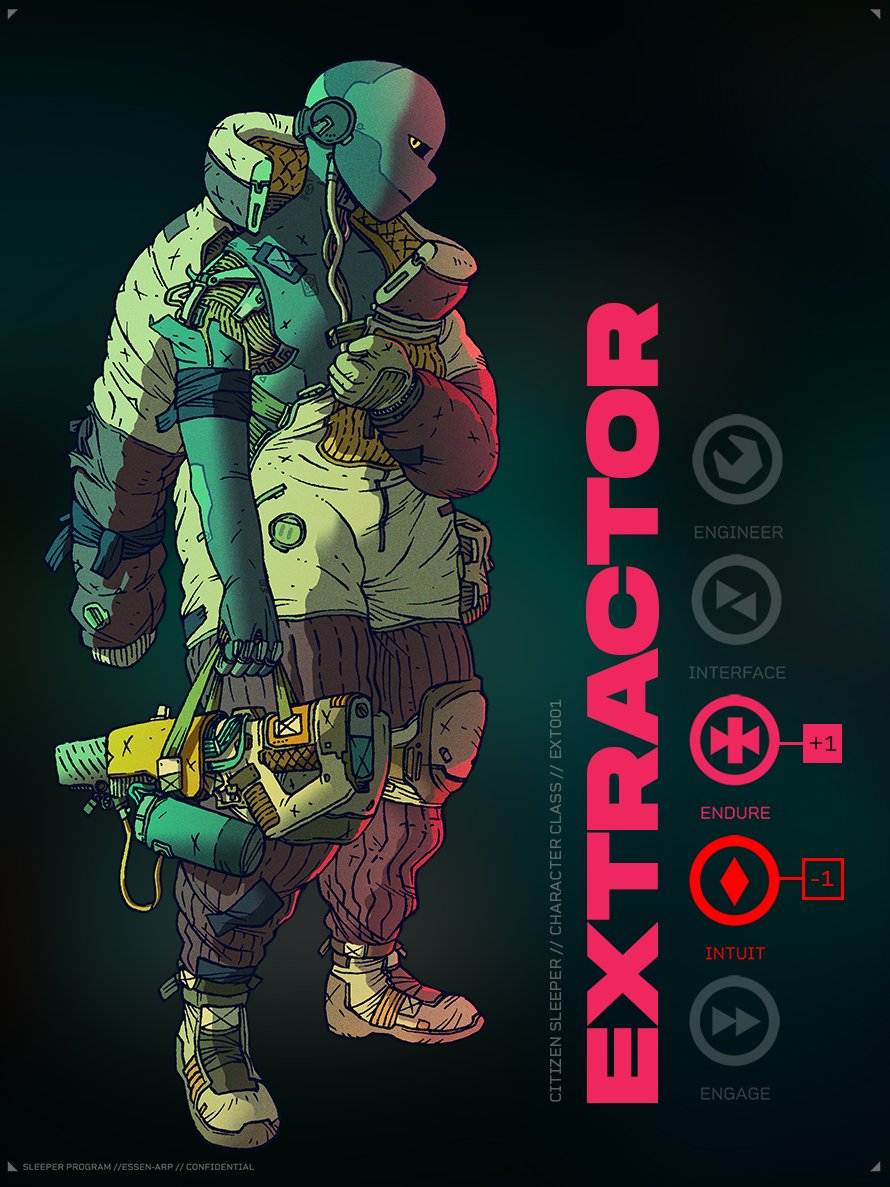 Intro:
‍
‍Citizen Sleeper is a cyberpunk video game for PC/Mac, Switch, and Xbox consoles that describes itself as roleplaying in the ruins of interplanetary capitalism. It was developed by Jump Over the Age and published by Fellow Traveler in 2022. Minor spoilers ahead.
‍‍
Plot:
‍
You role play a cyborg with amnesia who has landed on a space station full of gangs, virtual hunters, refugees, and corporations. Your mission is to figure out who you are and what it means to be an emulation of a human being, while escaping the space station - or at least making life bearable for its citizens. The world building is convincing, with each faction having its own values and agenda, from the hippy commune to the corporate sell-outs, and your character feels legitimate in his/her motivation.

Each round, players use a point-and-click interface to allot pre-rolled dice to different tasks on the space station. Some, like working, will gain the player money and perhaps renown, leading to other opportunities. Others will hack servers, threaten an assailant, steal supplies, or fix a spaceship.

The corporation who created you, Essen-Arp, put a failsafe in place to ensure you'd be loyal to them, and therefore your condition deteriorates over time if you venture outside its approval. This decreases the number of actions you can take each turn by reducing your dice pool. Acquiring stabilizers provides a temporary fix. Otherwise, you're managing your energy and funds, while betting which tasks you should invest your time and dice into each round for maximum payoff. None of this is remotely intriguing in itself, though your actions do have interesting consequences at times, and lead to multiple endings.
‍
‍‍‍‍‍ 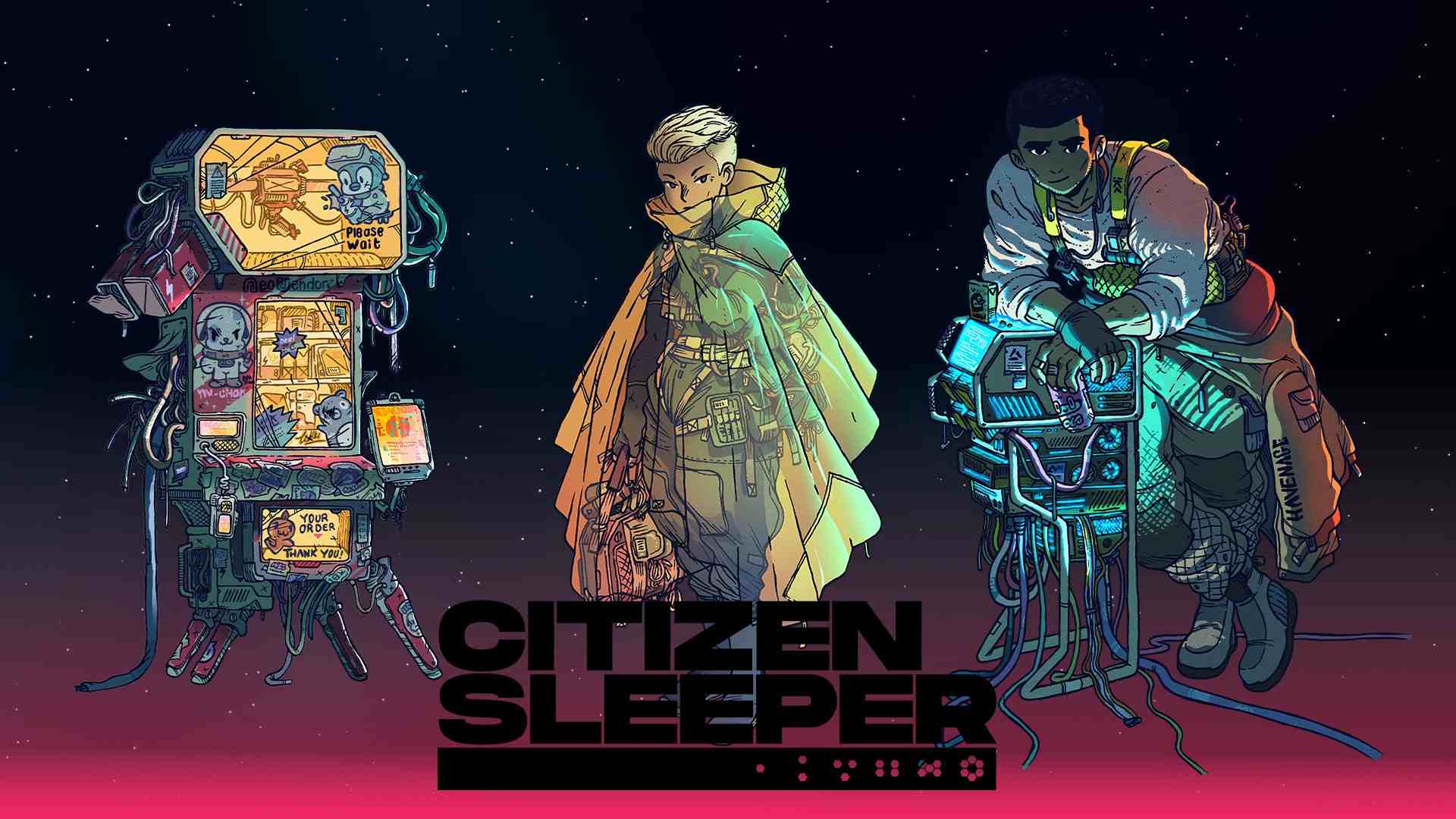 ‍
Writing:
‍
The writing is vivid and top-notch, with wonderful use of metaphors, particularly when describing cyberspace and its threats. Its immersive and quite creative. I really like capturing a cybernetic entity by forcing it to self-reference, for instance, though I wish the game had let me figure out the solution myself. Some examples:

You are a convenient loophole. A way of circumnavigating the illegality of sentient AI. After all, you are an emulation, not a true digital being...What would you become if you could escape this frame? Where then would the limits lie?

All the sleepers, you tell Emphis, had dreams. Some were simple, memories left over from the emulation process that had become tangled up in their minds and would come out when they slept...But your dreams, those gray, skeltal after-images of systems and structures, of threads and patterns weren't like the others...Now you understand they aren't dreams at all, but some process of interfacing, of speaking, of living in another world that flows through this one like smoke through air.

Every Yatagan enforcer is equipped with (omission) implants; retinal enhancements,adrenaline boosters, pain suppressors. These implants are gathering data on themselves, on the enforcers bodies, on their performance. Why? I can't tell. Challenge:
‍
The low challenge is frustrating. Within hours, money, energy, and condition, your three stats, take care of themselves. This means the only resource you're concerned with is time, and objectives give you more than enough time to complete them, meaning there's very little competition over what to do with the time you have, unlike in Persona, for example. Puzzles solve themselves, and the options you're provided are axiomatic. Characters don't interact with one another much like they do in Griftlands, meaning there's no strains on relationships or loyalties with the way you spend your time except for the occasional situation, such as babysitting a friend's child so he can go to work. The two entities, Ethan and the Hunter/Killer, who could cause you harm are soon rendered innocuous. Even the risk taking is soon minimalized with perks such as karma, allowing you to reroll your dice each round, and prognostication, allowing you to anticipate outcomes. Even when I was killed by a man with a name between M and Z, I wasn't dead, as if the game didn't want me to lose out on the story. You're penalized an upgrade point instead which you use to gain perks in the most boring perk tree ever created (gain more money when you work, repair your condition, get free food through photosynthesis, etc.). ‍
Overall:
‍
Citizen Sleeper is a game that will push away those looking for a challenging resource-management game, but cyberpunk fans will still find enjoyment when viewing it as an interactive, visual novel. For resource management, games such as Cultist Simulator and Frostpunk will offer the experience you're seeking, while Citizen Sleeper just doesn't. Still, it's a unique and immersive game with wonderful writing, and others' reviews have been far more favorable than mine, so please consider a range of opinions on this one.