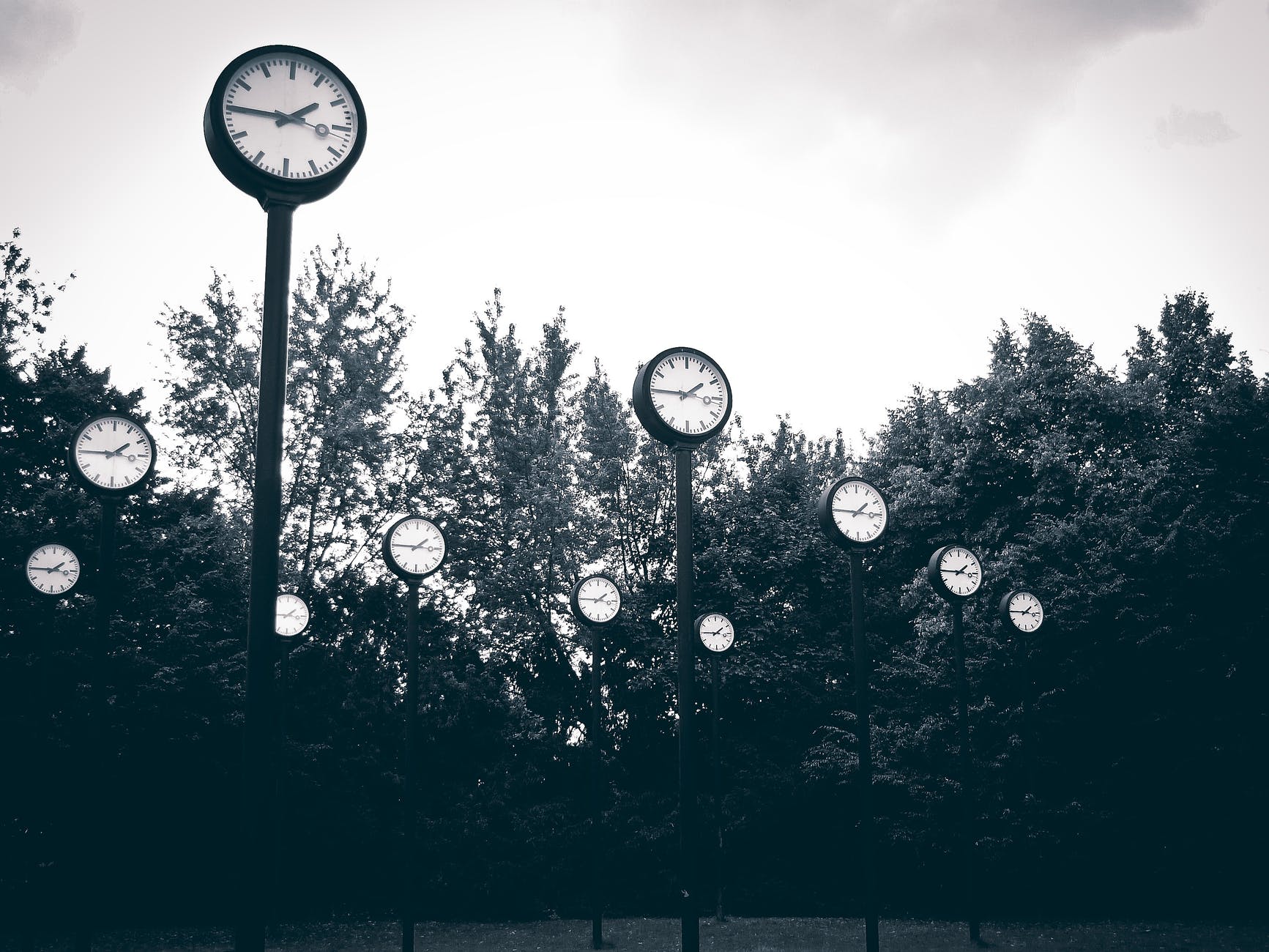 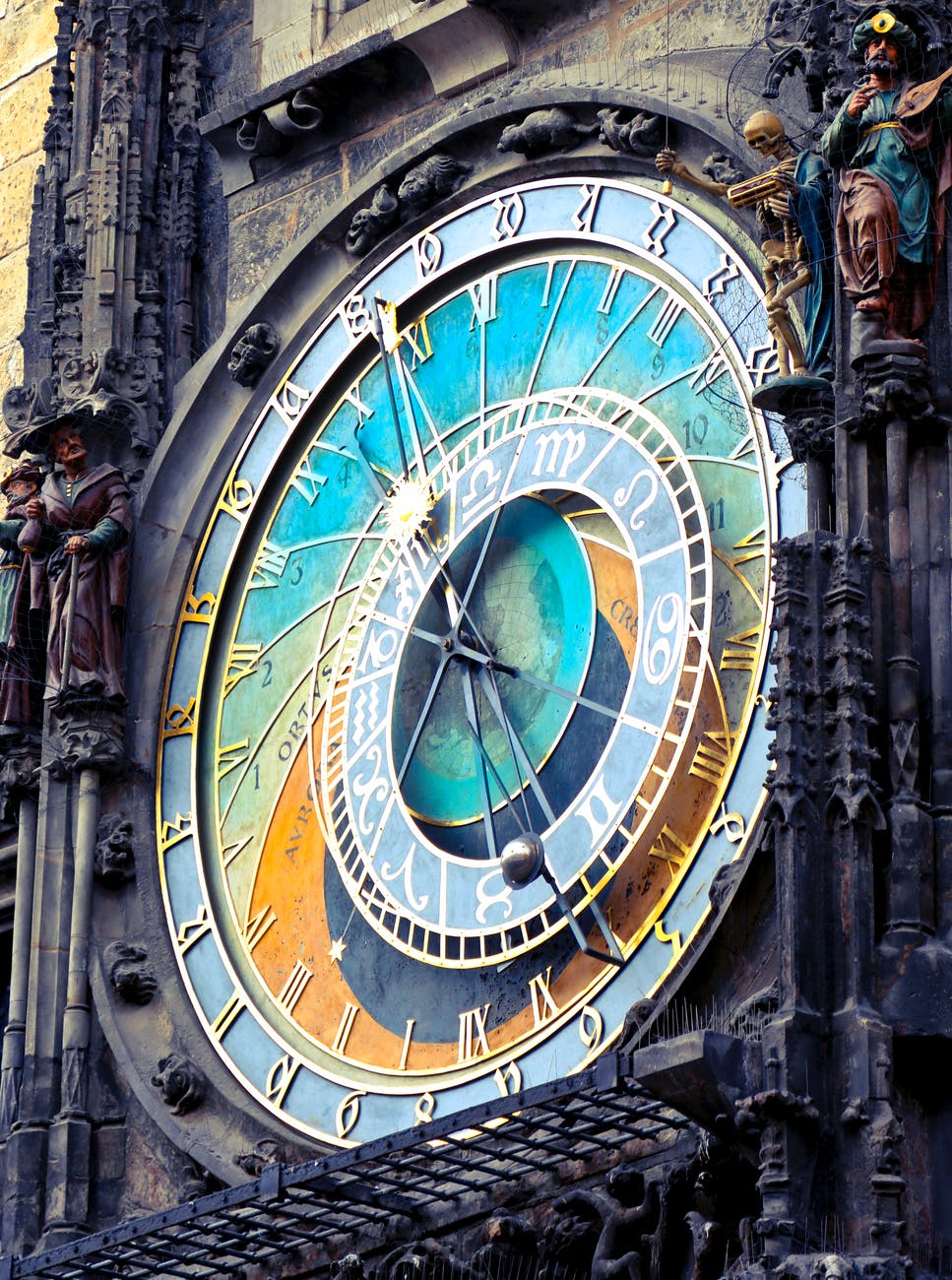 J.G. Ballard was a Chinese-born writer whose work greatly influenced the cyberpunk sub-genre. His short story Chronopolis was published in 1960 and is one of his more well-known short works. The story is of literary quality and reads like a Twilight Zone episode. Spoilers ahead.

Conrad Newman lives in a world where telling time is illegal, punishable by imprisonment or even death. Measuring time allows one to predict reality, which provides power to the people, such as timing guard shifts to escape prison.

Obsessed with time, he asked his mother when he was young what the numbers on the clock meant, but she told him they meant nothing, because time is already complete. A world without time is at the end of history and nothing more is expected to happen, because the obsession with production limited humans from obtaining life's greater purposes that provide it meaning. The idea is remnant of Thoreau's Walden (1854),

Most men, even in this comparatively free country, through mere ignorance and mistake, are so occupied with the factitious cares and superfluously coarse labors of life that its finer fruits cannot be plucked by them.

Taking away the concept of time isn’t necessarily bad, but Newman considers it to be.

“It’s against the law to have a gun because you might shoot someone."

"But how can you hurt anybody with a clock?”

“Isn’t it obvious? You can time him, know exactly how long it takes him to do something...Then you can make him do it faster.”

Put this into the real-life context of the time and motion studies the government was obsessed about at the time when Ballard wrote this, where federal employees would have someone hovering over their shoulders literally timing how long it took to unwrap a piece of chewing gum and then changing employee policies based on the results to maximize efficiency, at a loss of employee autonomy, which substantially raises employee stress and lowers engagement according to studies conducted by Maylett (2019) and others. As Dr. Paul Graham Raven (2020) notes, efficient and effective are different ideas that some cultures confuse and synonymize.

When no one’s looking, Newman uses the sun to tell time, and eventually stumbles upon actual devices until he visits Chronopolis with a woman, Stacey,

Stacey  threw  a  fist  out  at  the  great  tower  clock.  “Time!  Only  by synchronizing every activity, every footstep forward or backward, every meal,  bus  halt,  and  telephone  call,  could  the  organism  support  itself. Like  the  cells  in  your  body,  which  proliferate  into mortal  cancers  if allowed  to  grow  in  freedom,  every  individual here  had  to  serve  the overriding  needs  of  the  city  or  fatal  bottlenecks  threw  it  into  total chaos.

Newman works to restore time to Chronopolis and to understand its function. Communications only occurred at certain times of day, with each time a numerical code making it possible to do something, but these codes were grouped by social-economic class, providing privilege to some at the expense of others.

The  full  sum  of your existence was printed for you in the newspaper columns, mailed to you once a month from the Ministry of Time…Every revolution has its symbol of oppression…in this revolt the white-collar office worker, living in his tiny so-called  modern  flat,  supporting  through credit  pyramids an  economic system that denied him all freedom of will or personality, chained him to a thousand clocks.

Newman, his name a play on words, is performing Foucault’s archeology of knowledge, but is so excited by time that he forgets its implications – in this case that time is controlling not only what’s possible and not possible, but what is possible to think at a given time and what is not. At the end, his own watch and the city clock he obsessively restored align as he’s indoctrinated into the model of capitalist efficiency. Back in his world, clocks become allowed only in jails. Newman’s able to measure the rest of his life and is gleeful about it despite imprisonment until he notices how annoying the tick is, his impending mortality, with the perfect ending line. Fantastic work!

To the best of my knowledge this story is in the public domain and is available free here.

For a philosophical analysis check out the wonderful thoughts of Ignazio Sanna here.