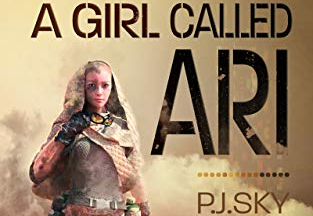 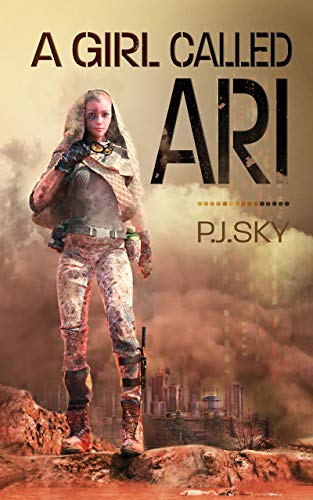 Introduction:
‍
A Girl Called Ari by P.J. Sky is a post-apocalyptic novel following two characters, Starla and Ari, from different phenomenal worlds. Spoilers ahead. Starla is the daughter of the mayor of a walled-in city who is used to having the best of everything. She has wanderlust however, knowing that anyone traveling outside the walls into the wasteland is exiled for good. When she’s kidnapped, she escapes her captives to find herself outside the walls and quite lost, where she encounters Ari, a pariah who was also originally from the city. The story follows their journey to return to the better life, and their disenchantment as to what “better” means.

‍The book’s about the walls we put up between socio-economic classes, both real and metaphorical. There’s a fear that those who are outside the walls are infected, but the book doesn’t dwell on what this infection is. At the end there’s no quarantining performed, for instance, nor medical tests, and the infection isn’t named. There is no infection – it simply represents the way the poor are viewed as dirty and corrupt.

Max glanced out of the window as the ore mine came into view; a vast stepped terrace gouged into the red earth and hollowed out. Like an open wound, inflamed and infected, and at least two miles wide. The terraces crawled with moving bodies like insects, chained in lines, each oscillating back and forth with his or her own particular axe. The ore to build a thousand towers. Max’s skin prickled.

Nature, represented by the force of water behind a dam and a benevolent tribe, strikes out at the end. Though the impacts are never described it’s assumed that this will lead to the destruction of the wall. Nature’s also represented by a crocodile that carves a half-moon shape into Starla’s leg with a bite, the same half-moon shape that is used on the currency in the outskirts, branding Starla with a currency worth less value that almost kills her as nature reprimands the celebration of inequality that lies latent in her bourgeois judgment.

It’s also about the superficiality of where we source our pride from. Ari’s pride rests on her pragmatic survival instincts, which is why failing to swim during a scene and requiring help from Starla hits her so hard emotionally. Starla’s pride rests on her station in life, despite its shortcomings, the rich woman who wouldn’t survive a day on her own in the wild despite being venerated by most of the city.

Nothing attracts dingoes like a dead dingo, thought Ari. But they don’t like other dogs, and tonight I’m the dingo. This is my world now.

A pair of fake eyelashes is the most powerful symbol in the book excepting the wall. Ari is intrigued by them, wants to try them on, but simultaneously can’t believe this is what people spend their money on when women like her are digging salt and mining all day for the price it takes to buy a pair. The symbol reinforces the theme at the end. A study found in real life that the entire population of the world could be fed by the amount that Europeans spend on makeup and ice cream alone, and no, this would not increase population, it would decrease it.

Starla held forward the lashes and Ari took them. She inspected them closely in the dim light. They were so delicate and fine and, briefly, she was captivated. She moved them gently with her finger, feeling them tickle her palm.

“You keep them,” said Starla.

Ari’s cheeks warmed and she grinned. She looked briefly to Starla but couldn’t hold her gaze.
‍
Summary:

‍A Girl Called Ari is page-turner that I read 80% of in one setting. It’s appropriate for both young adult and adult audiences. The plot is simple, straightforward, and predictable. It’s well-edited excepting the lack of italics when writing out the characters’ thoughts. The writing style contains some distancing language, and the imagery is average, but the focus here isn’t on a dystopian description of the city nor the rough environment of the outskirts – its about the contrasting characters, and this is where Sky shines, providing them different outlooks, appearance, and speaking styles. A difficult decision that Ari makes at the end shows Sky is willing to take risks, and it pays off by reinforcing the theme. I thoroughly enjoyed this novel! Available on Amazon.