Nantais - An Interview with Verity Reynolds

“I’ve never stopped trying to understand how we construct ourselves.”
-Verity Reynolds. 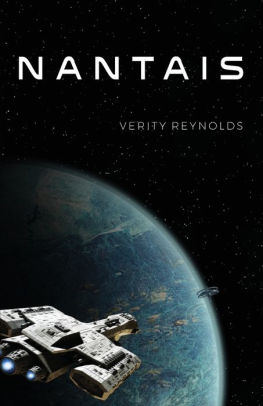 Verity Reynolds has two English degrees and a law degree, so she understands the importance of communication, which is the central theme of her new science fiction novel, Nantais. Verity believes writing should be a free, expressive process, and that all topics are important to write about. She goes further by insisting that most sensitive topics can and should be taught to children, instead of banning books that address them, as long as the topics are handled well,

Nantais is the first book in the Non-Compliant Space series. Richard Hayek is an exolinguist – someone who studies alien languages. When the spaceship he’s working on becomes infected from malicious hardware, he’s sent on a wild adventure romping through space, as the stakes soon become higher,

Outside the ship floated the curved docking arm of the station – except now the once-graceful curve buckled in on itself, folding slowly into the jagged hole torn through the center of the arc. A cloud of debris circled slowly around the mass. Some of it was recognizable as bodies.
‍
Communication as a theme is demonstrated with both computer programming languages, as they try to get a ship (which may be conscious) back online, and spoken alien languages. This revolves around Dar Nantais, a member of the alien humanoid-like species called the Niralan. Hayek comments on their language early on,
‍
…he hadn’t so much as thought about any Niralan language since college. Half of them couldn’t even be pronounced with fewer than three sets of vocal cords and so he’d been forced to learn his way around a piano keyboard to reproduce them…

I asked Verity (pictured), “With so many science fiction books having themes of intergalactic politics and war, what made you choose to write a book about alien languages and communication?”

She replied, “I grew up hearing my parents and teachers tell me I had a way with words, but the more I tried to communicate my inner life via language, the less anyone seemed to understand me. I ended up feeling very alienated – pun intended – most of the time. The Non-Compliant Space series is the result of my attempts to deal with that.” 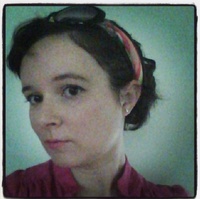 Hayek’s characterization becomes strong in the second chapter when he reflects on why he doesn’t like the Nirala,
It was, he realized, another reason he disliked the Niralan, quite apart from those fathomless eyes or the eerie extra joints in her fingers or her corpselike pallor. He’d have disliked it in anyone, he told himself. She was as stoic as his father, as stoic as he’d always failed to be.

‍When Dar Nantais gets injured in a space engagement, we see how the species reacts to pain,
(The Niralan) felt pain, but she seemed to have no feelings about pain – not anger or fear or anxiety.

‍This state of mind is one without metacognition – she is said to experience pain without having a theory of mind that overanalyzes it. Early on this is accepted to be true, but Hayek has his doubts the more he interacts with Dar Nantais. Her stoicism matches the sort of ideal detachment style that people who meditate try to develop.

I asked Verity, “In the real world, is this the ideal state for humans to be in – a state where we experience emotion without overreacting, and without attaching to it?”

She replied, “It’s certainly the end goal of practices like mindfulness and meditation, as well as the ideal sought by a number of religious and spiritual paths. Both having an attachment to our emotions, and working to transcend that, are intensely human. I’m not sure I can call either one ‘ideal’ – they’re both part of the wild ride of being human.”

Granted, some scholars have stated that a Sapir-Whorf effect occurred among the Niralan such that their language didn’t allow for the development of a theory of mind (metacognition), despite its remarkable complexity. Hayek continually questions these scholarly opinions, as he tries to reason just how much they understand about what is happening. The author does well to limit Hayek’s understanding to being confined within the linguistic domain, as Hayek himself remarks that he is no psychologist, though he speculates and discovers deep elements of their nature the more he interacts with Dar Nantais. When the characters begin discussing the connection between emotion and memory within the Niralan, the discussion is very convincing.

I asked Verity, “Your background is in English and law, but you obviously studied a lot of neurology and psychology to write this book. Were you interested in these subjects merely as research for your novel, or have you always been interested in the operations of the human mind. What generated this interest in you?”

She replied, “My parents never put any limits on my reading: if it interested me, I was allowed to read it. When I was about ten years old, ‘what interested me’ was my father’s old college psychology textbooks. By then I was keenly aware that I was different from my peers, but I had no idea why. The obsession with the psych textbooks was my attempt to diagnose myself, to figure out what was ‘wrong’ with me that I couldn’t be a ‘normal’ kid. I’ve never stopped trying to understand how we construct ourselves.”

We do know that experiencing emotions in a social setting is crucial to the Niralan’s existence and is built right into their own unique emotional-circulatory system. This system is dependent on collectivistic communication; they go far beyond mirror neurons to directly experience one another’s emotional states. Statements like these add credibility to Verity’s worldbuilding as she designs the species from the inside out. Still, it is difficult to know at first how deep the Niralan’s emotions run. Verity writes an interesting thought experiment,

Could a person who had no feelings herself ever guess at the feelings of another?

‍I asked Verity, “Are there groups of people in the real world who are labeled as being “cold” (in the sense of being overly rational, and despondent) who are viewed the way Dar Nantais is viewed? In other words, do you feel people who are, perhaps neurodivergent, are viewed by others the way Nantais is viewed, despite having rich emotional lives?”

“This line in Nantais was a direct response to claims like Baron-Cohen’s, that certain neurodivergent people – like autistic people – have no ‘theory of mind,’ or ability to predict others’ feelings, which somehow stunts the growth of their own inner emotional world. It’s not enough for these commentators to note that some people don’t express emotion; they decide to assume from this that non-expressive types don’t have the emotions they don’t express.

“Which is, I suppose, what one would expect from someone who can’t even imagine himself as a bat.”

The communication issues become apparent between Nantais and Hayek as they are forced to work together. Their interaction with one another is one of the more interesting contrasts in the novel,

“You were due in the mess hall at oh-nine-hundred. You’re late.”
She looked not-quite-at-him, said nothing.
“What do you have to say for yourself?”
She tilted her head slightly, as if she didn’t quite understand the question. Hayek resisted the sudden urge to smack himself in the face. How could someone as smart as she was be so impossibly stupid?

The Niralan take things literally, process communication differently, and don’t respond well to non-verbal boundary cues. The author notes that most human communication occurs through body language and metaphor. The novel does clarify that the Niralan are more expressive than people think, however,

“They’ve got body language but it’s subtle, and nothing means what you’d think it would, if they were human. You hang around with them long enough, though, you’ll get kind of a sixth sense for it.”

For those who prefer less subtle science fiction, the book features space warfare and other elements that would be at home in any Star Trek episode,

A sudden explosion rocked the ship. Hayek grabbed at one of the doorjambs to keep himself upright. The first dull thud was followed by another, which shook their surroundings only slightly less than the first.
“The hell was that?” he spat.
“That,” she said, as if they were chatting about the day’s ration packs, “was a torpedo.”

Verity does not delve into long expositions of imagery, but the imagery she does create works well,

If you’ve seen one dive bar on the edge of space, you’ve seen them all… The bar was built into a cave, part of a network of larger caves connected by tunnels that opened onto the moon’s surface, where the pitted terrain held about two dozen ships of varying sizes and at varying intervals...Walls and floor were bare, dark-brown rock. Several dozen small tables were jostled into the space, none of them big enough for the Jemison’s landing party…
“She can’t fight,” Cordry had pointed out. “I mean, she really can’t fight.”…“I’m taking her because she’s the only damn person on this ship who is fluent in Niralanes...

‍Verity is close to the characters she creates, and expresses herself through them. I asked her, “You’ve said in the past that as you study how your characters communicate, it helps you learn to communicate better, yourself. Did this influence your decision to make Richard Hayek a linguist – a master communicator?”

She replied, “First of all, one of my favorite things about Hayek is that he’s actually quite bad at communicating. He’s equipped with years of study and experience analyzing language, understanding it, interpreting it – but when it comes to building relationships via communication, he’s a rank amateur. “In a way, that’s where I am, too. I’ve dedicated my life to understanding language precisely because it’s this realm in which I was supposedly ‘gifted,’ yet when it came to human communication – building relationships, being understood, and so on – I struggled and failed and struggled and failed, well into adulthood. The tension between being an expert on one hand and a floundering newbie on the other speaks to me.”

In chapter five, Verity switches viewpoint to Captain Resa Malloy. However, no matter which viewpoint the story is told from, Nantais is still the center of attention, as the title suggests. I asked Verity, “Since the story revolves around Nantais, did you ever think about taking her point of view for the entire story? What made you want to write the story from the perspective of other characters looking in at her?”

She replied, “The big pitfall to telling Nantais from Dar’s point of view is that despite decades of living with humans, Dar often doesn’t understand why they make the assumptions they do. By starting with human point of view characters as guides, I was able to clarify which assumptions we make, as humans, about those who experience the world differently from the norm. I could then push back against them through the growth of those characters.”

Finally, I asked her, “Is there anything you can tell us about your upcoming sequel, Nahara? Do some of the same characters make appearances?”

She replied, “Nearly everyone I didn’t kill in Nantais reappears in Nahara. Most of the book is told from the point of view of the two main Niralan characters, Dar and Piya Nahara. Senior Engineer Cordry and Erin Lang both have much larger roles, and we meet a few more members of the crew. “Whereas Nantais was about the mechanics of language and affect, Nahara builds on the connection between language and rhetoric – the ability to use words not only to express ideas or feelings, but to influence others’ behavior as a result.”