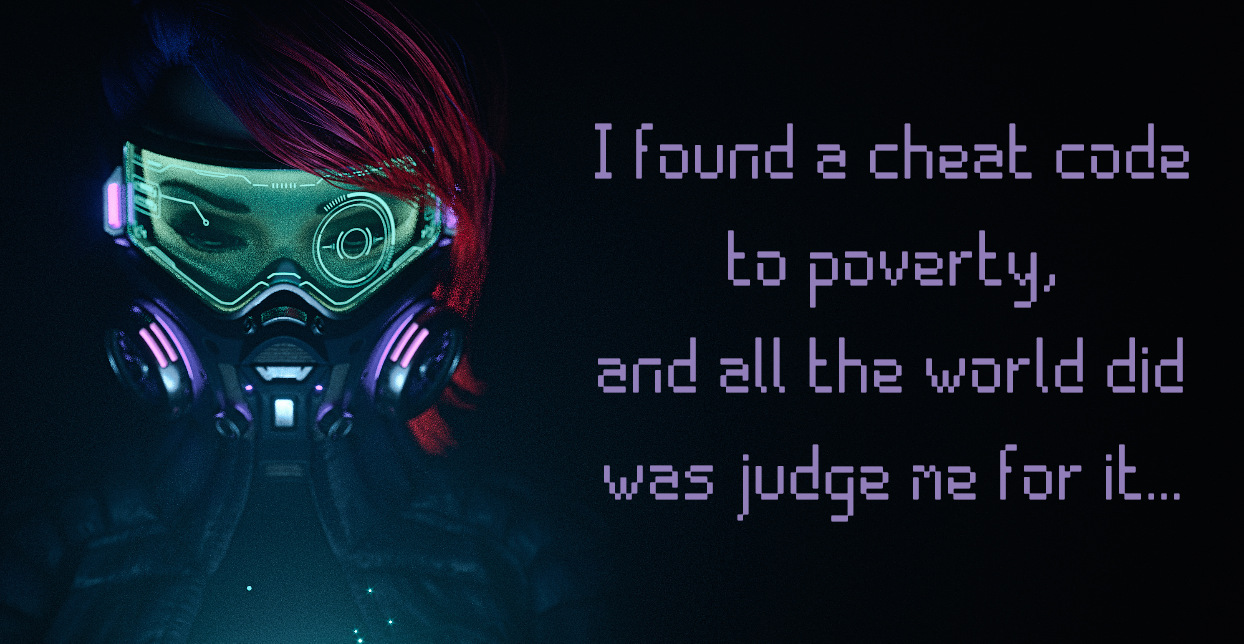 Thalassa Latimer finishes the jog to her target location, refusing to activate Numb to quench the burning ache in her calves, feeding off that fiery tension to counteract the exhausting frigid air. Warnings flash repeatedly in vHUD, showing she is well beyond her target heart rate; overclocked, but her irritation forces her to increase speed until her lungs are a dry well filled with dead leaves.