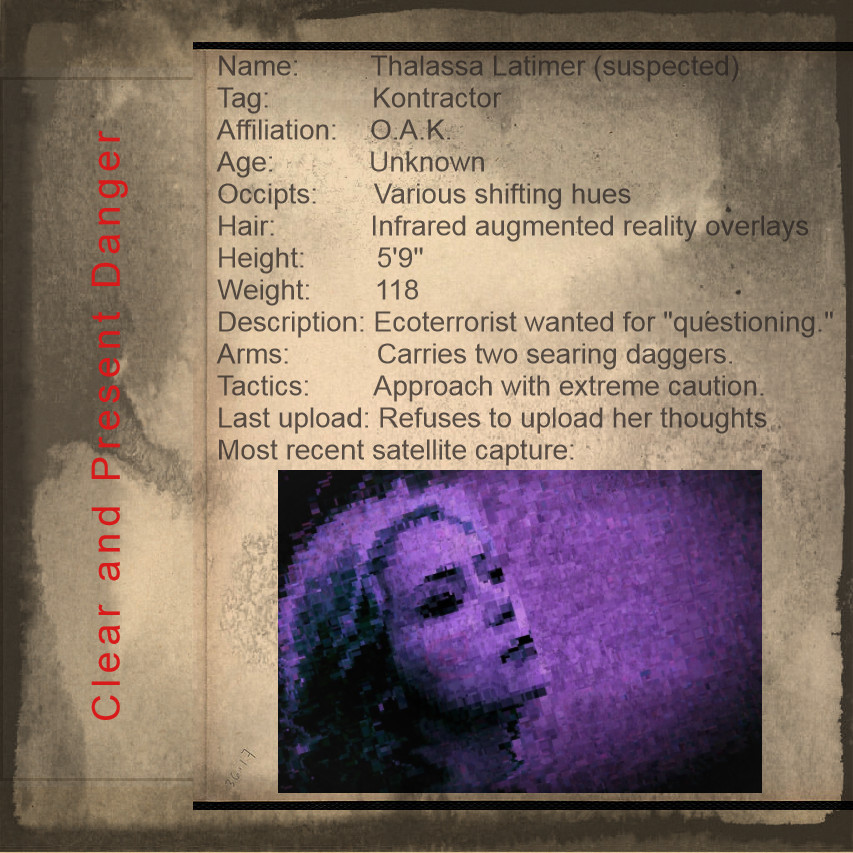 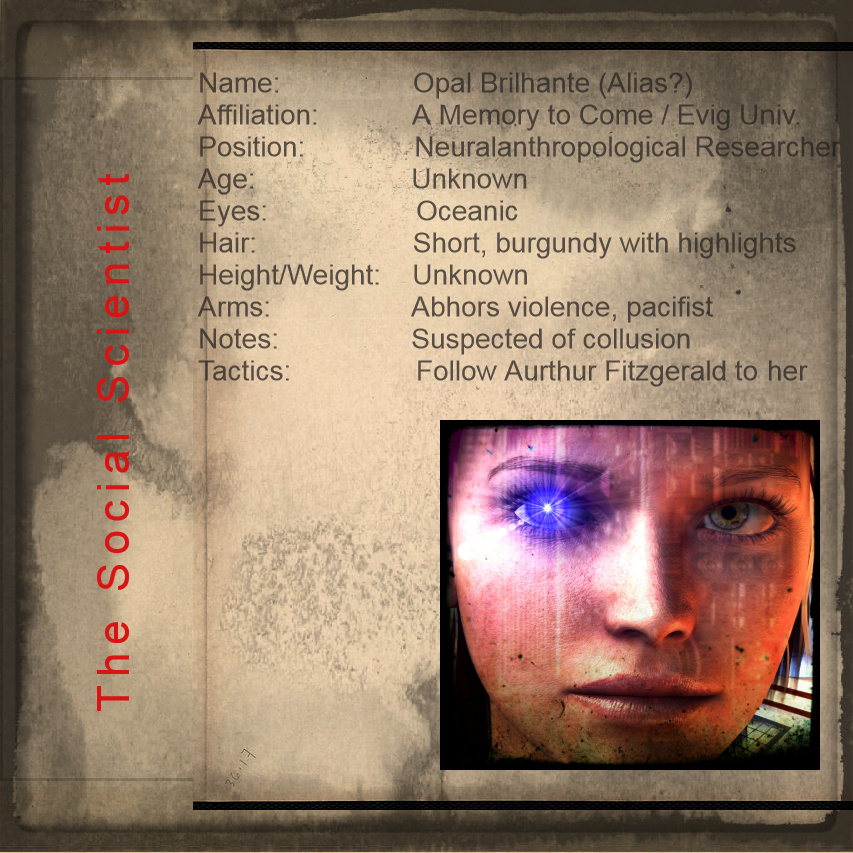 Thalassa is one of the main protagonists in Hemispheres. The following was obtained from Enforcer files last updated on the 20th of Nisan. Related dossier attached.

‍Abstract:
It is imperative the following citizens remain under close watch. Three women calling themselves the Orchestrator, the Architect, and the Kontractor, or O.A.K., have developed a revolutionary group of at least 100 members as a threat to the status quo. It is expected the Kontractor may be working with Severum Rivenshear and Opal Brilhante. Our last intercepted phone call from the Kontractor indicated the following:

Thalassa: "If this works, the war between the hemispheres has to end. The economy of Evig Natt will topple and everyone will have the basic human right to light. No more basking in the shadows of the aristocracy."
‍
Encrypted Caller: "This is highly controversial. You realize ninety percent of our members think you’re crazy, right?"
‍
Thalassa: "That’s a start. Looking for that perfect one hundred as always."
[Signal disintegrates, Inaudible]

Thalassa: "I found a cheat code to poverty and all you can do is judge me for it?"
‍