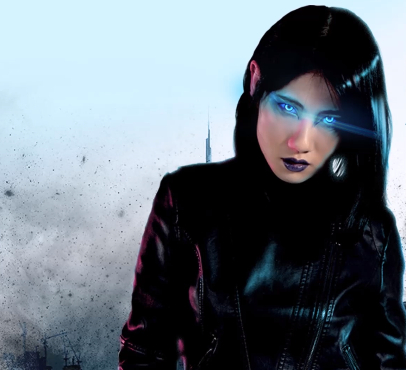 Women have made many contributions to cyberpunk literature, from Pat Cadigan and Melissa Scott, to more recent examples from Dr. Dora Raymaker, Ren Warom, K.C. Anderson and others, but they’re still underrepresented both as authors and as protagonists. Anna Mocikat has made a substantial contribution with her latest release, Behind Blue Eyes. Having studied screenplays and game writing, and having written a variety of other acclaimed novels, she’s well equipped to take on the demands of the cyberpunk sub-genre.

The book opens with the female protagonist, Nephilim, leading a death squad to attack a series of targets. Their motto is a paradox: Custodio et mortifico! Nephilim was recruited during a forgotten childhood to become an “angel,” at which point, as a cyborg, age became irrelevant. Calling these anti-heroes angels is more than irony, it is an epitaph to the way the corporations perceive them to be guardians. But these guardians are guardians of assets and the status quo, not of people,

If possible, the Angels didn't kill children. Not because of ethical or humanitarian aspects but because they were valuable assets…The reason why those kids had been valuable was that they weren't registered. They were like blank paper, they technically didn't even officially exist. The corporation could turn them into anything they wanted without anyone ever asking any questions.
‍
‍

‍The exposition begins in Chapter II when we learn the historical context; it's set after the impacts of World War III. After the war it was corporations that emerged victorious, not countries. They created a utopia, but it was defined as a world in which one only had to take care of oneself, meaning when one got old or ill there were few resources to rely on. The corporations produced movies with themes such as, determining the right age to commit suicide to avoid becoming undesirable. Although euthanasia wasn’t forced as it was in Logan’s Run, the culture and isolation encouraged it in humans whose economic value had been compromised. The entire superstructure of culture – art, religion (and the lack thereof), law, and state is under their control.

Most of the exposition is direct, though it’s occasionally conveyed through dialogue or other means, and almost all of it is timed appropriately to enable the reader to stay locked into the world. The dialogue and narrative is also well balanced. The imagery works to convey the scenes well, with the most iconic image (excepting the blue eyes) being the following,

In the center of the desolate city was a long strip of land…It was now completely overgrown by vegetation, but in its center, a high obelisk still rose upward, reaching toward the skies above, miraculously undamaged by the catastrophe which had destroyed the city long ago. Only its pyramid-like tip had broken off. 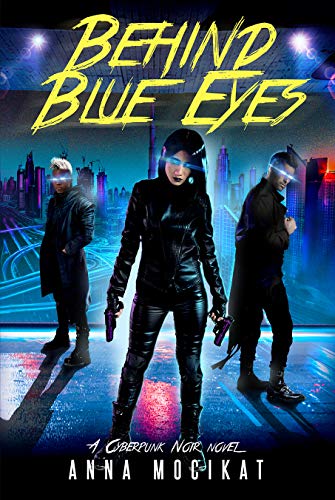 Throughout the book, Nephilim is sent on a variety of missions which connect to a larger plot involving multiple factions competing for control. These often involve action scenes including critical fights with other cyborgs. Nephilim is a passenger to the system at first, but begins doubting the system as she takes command of her own reality. Doubting it alone can lead to a death sentence, but she’s more than a shallow killer and can’t help but question the ethics of her choices, creating a good balance of action and character reflection,

That had been what the two women in the room were horrified of most, Nephilim remembered. They would rather see their children dead than become like her…If (Angels) were superior, why were they proxies for humans in their endless war?

‍But when she’s up for promotion this increases the conflict she has with her buy-in to the system. Still, that doubt lingers, conjured by a reoccurring image she can’t make sense of,

‍Not that there was much to be seen, since the district mostly consisted of other high-rise buildings, but sometimes, on one of the rare, clear days, it was possible to see the mountains from here. Nephilim didn't know why, but she liked that. 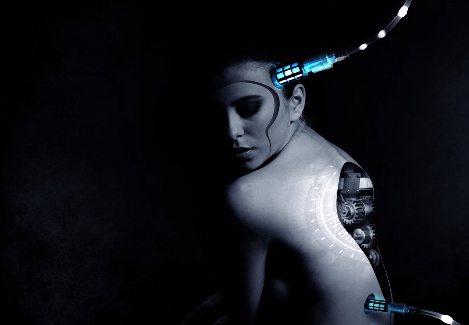 Although I’m a huge fan of extensive metaphor use, in science fiction metaphors are usually taken literally by the reader and become a part of the world building, whether the author intends this or not. Anna doesn’t make this mistake. She specifically uses similes (like, as), which are less at risk of being misunderstood. They are used sparsely, but are effective when they are employed,

Underwater, the illumination of the fluorescent algae gave everything an even more surreal atmosphere. It almost felt like floating through space…

Adriel's hair was snow-white, which was a nice contrast to his ebony skin. Contrary to Nephilim's, though, it didn't behave naturally at all. It stood straight up in the air—eight inches high—as if some invisible force were holding it. His cyborg eyes, too, were thoroughly hidden behind dark shades…

It was as if someone presented her a poisoned dagger wrapped in silk. Nephilim had never heard a threat expressed more charmingly.

One of the more interesting passages is, Only a human mind can fully understand human behavior, which tends to be irrational or against any logic at times. Only a human uses their mind, instincts, and empathy. AI fails in anticipating human behavior and is, therefore, easily outsmarted.

Nephilim’s augmentations make her almost invincible from attacks by ordinary humans, but she uses her abilities throughout the book not only to triumph in victory during physical altercations, but also to triumph by silencing the male gaze of her suitors. That’s not to say that romance is a power struggle for her. When a submissive man finds her attractive she’s immediately uninterested; her goal isn’t to dominate nor to be dominated, which is both implied early on and stated directly later. But most of Nephilim’s emotions are out of reach during the first half of the book making relationships difficult.

The book's point of view changes for some scenes, occasionally taking the Angels’ victim’s point of view or that of the narcissistic antagonist. Although the characterization of the victims isn’t necessary to the plot and is unconventional, it humanizes them in a way that makes the impact of the Angels’ actions more emotive for the reader, so it works.

Behind Blue Eyes is a very well-edited and straightforward cyberpunk read that has thrilling action scenes, consistent world building, and numerous reflections on how corporate control over one’s life dampens the human spirit. The tense conversations in addition to a couple of plot turns make it a page turner that avoids predictability while keeping the plot tightly knit, while Nephilim’s characterization sets it apart from the average cyberpunk novel. The ending is perfect, even if somewhat unconventional, ending with a final sentence which is thoroughly satisfying. Very entertaining and I hope there’ s a sequel. Pick it up on Amazon today!

If you’d like to see a brief reading of the book please see below (it's the second book featured):